Getting into groovy nights

Vatos Locos take the stage in Where Else @ Sunway every Thursday.

Jalan SS6/2, PJAnother new hotspot in the heart of Kelana Jaya, with a lounge like feel and comfortable seating all around. A great place to chill out, and there’s live music most nights, with a selection of bands carefully curated to set the night on fire.

125, Jalan Gasing, PJIt’s back to the regular programming but that doesn’t mean it’s going to be a boring night out as Ten keeps it crazy from the stage. 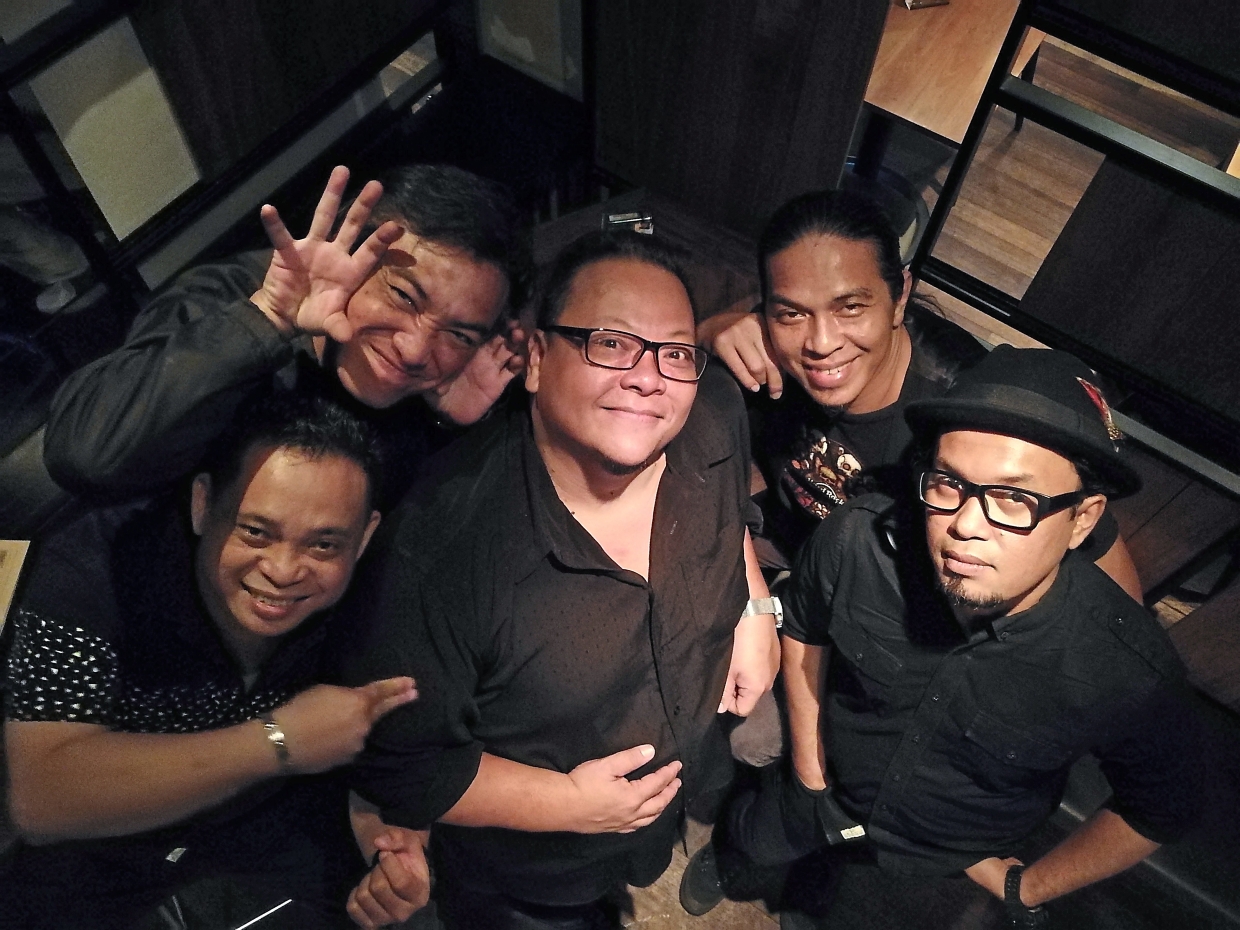 6, Jalan SS22/21,Damansara Jaya, PJA new kid on the block, Overflow serves up six nights of great music for the fans. Expect some familiar faces on the scene as well as a few surprises at this joint.

Tel: 03-7955 9122If you’re from Petaling Jaya, chances are you’ve partied the night away at this classic hotspot. Still going strong after all these years, Uncle Chilli’s has had a bit of a make-over but it still serves up good food, great booze and fun times with a twist. From Monday to Saturday, enjoy the sounds of the outlet’s resident band, Crush, as it serves up some great music. For a taste of something completely different, check out Arumugam goes to Alabama for a blast of fusion vibes with a dose of the sitar and tabla.HANGOVER

in Rock Bottom over in Changkat Bukit Bintang.

On Wednesday night, or Winesday as the crew here like to put it, The Caramel Duo are in the house to entertain.BACKYARDBackyard’s 30th anniversary celebrations continue to gather pace with music man Edmund Anthony promising a surprise guest every Wednesday. Last week, it was probably the only Malaysian pub band ever with a horn selection, Heavy Machine, in action. Other acts slated for the Wednesday slot include Sons of Adam, and the legendary Blues Gang. Ushera takes the stage in Alexis KL next weekend for her take on ‘Timeless’ classics.

88a, Jalan Burhanuddin Helmi 2, TTDI, Kuala LumpurAnother new hospot in town, the Red Penguin is just starting up but it has some good vibes on offer. Wednesday nights see the veteran Victor M on stage in the heart of

Thursday nights are slightly heavier on the beats as N The Boys take the stage for some great rocking tunes, with the near-legendary Lord Lokman on the keyboards to get the groove going.

It’s time for some fusion frenzy with the Pandavas Fusion band, one of the few in town that also features an electric sitar in the mix.JOES UPSTAIRS @ SS2There’s more to explore musically in Petaling Jaya with Joes Upstairs joining the fray. On Thursday nights, the versatile duo of Brenda and Gerard are on stage to entertain the crowd with their vibes from 8.30pm onwards.

For a dose of Thursday fun, check out Where Else, where Vatos Locos get into the groove and jam up a storm for patrons.

Tel: 03-4260 2288 Next week, it’s all about “Timeless” classics as Ushera gets into the groove and channels her own interpretation of classics by the likes of legends such as Randy Crawford, George Benson and Anita Baker, among others. It’s extra special next week, with world-class percussionist Steve Thornton joining Ganesh Bala on piano and Norman Rahman on bass to provide the backing music.

Friday nights are always good nights in the Backyard with Union, taking it to the 1980s.GRIFFIN TTDI

For a load of the blues, and some rock and other guitar-driven goodness, check out Griffin in TTDI on Fridays and Saturdays.

Rockers Hydra are in the house to blow your socks off as only they know how to with a mix of old and new.

WHERE ELSE @ SUNWAYOn Friday nights, the in-house DJs get a chance to explore some of the best in the blues and rock while the IPP pool challenge takes place.

Tonight, Karen Nunis continues to work out the blues in the system as she sings out strong. Next week, Ushera is back in the house with Steve Thornton, Ganesh Bala and Norman Rahman in tow for a second night of ‘Timeless’ classics, twisted as only they can. Expect some Latin twists to old favourites.

On Saturday nights, Higher Ground gets into groove at the Barrel.Le Noir KL

Tonight, it’s all about live hip hop, soul and funk as Stan Konnexions features Kyren Thomas and Jocelyn Wong on stage in Le Noir KL for some musical magic.

SAM’S PLACEOn Saturdays, the rock ‘n’ roll groove is strong in Klang with the Zarsardias boys getting their boogie on down for some fun with a great selection of tunes.

Lorong Utara B, Section 52, Petaling JayaIt’s not just a rugby club but also a place to chill and unwind. Football fans are also welcome as the outlet does screen live matches on top of some interesting music

.ONLINEThis week, the Temple of Rock gets back into the groove with Sharin screaming from the stage with the rest of his Trio as they take no prisoners from the stage.

BACKYARDThe DoubleAze duo are back on stage in Backyard to entertain with two guitars to groove.COUNTRY BARN

Tel: 03-8011 5582Get into the country vibe as Alphonse Jerome livens up Sunday nights with a selection of everything from the classics to more modern cowboy vibes.Le Noir KLSunday nights are groovy, chilled nights with Acoustic Foreplay taking the stage in the heart of TREC.