Ancient fossils cause for research About 30 fossilised bone fragments were found by caving enthusiasts at a cave in Gunung Rapat, Ipoh.

The bones are believed to be from large wild cattle, wild boar, deer and porcupine.

These were also checked by vertebrate paleontologist Lim Tze Tshen, who said the fossils were most likely ancient.

“I could not tell exactly how old the fossils were.

“These could be about 10,000 years old based on my experience and researches conducted in Selangor and Perak,” he said.

Lim was invited by Kinta Valley Watch, a non-governmental organisation comprising caving enthusiasts, to give a talk on the importance of conserving limestone hills and its caves at Gunung Lanno in Simpang Pulai.

Lim, who has researched caves in Perak, said he has discovered plenty of mammal fossils. 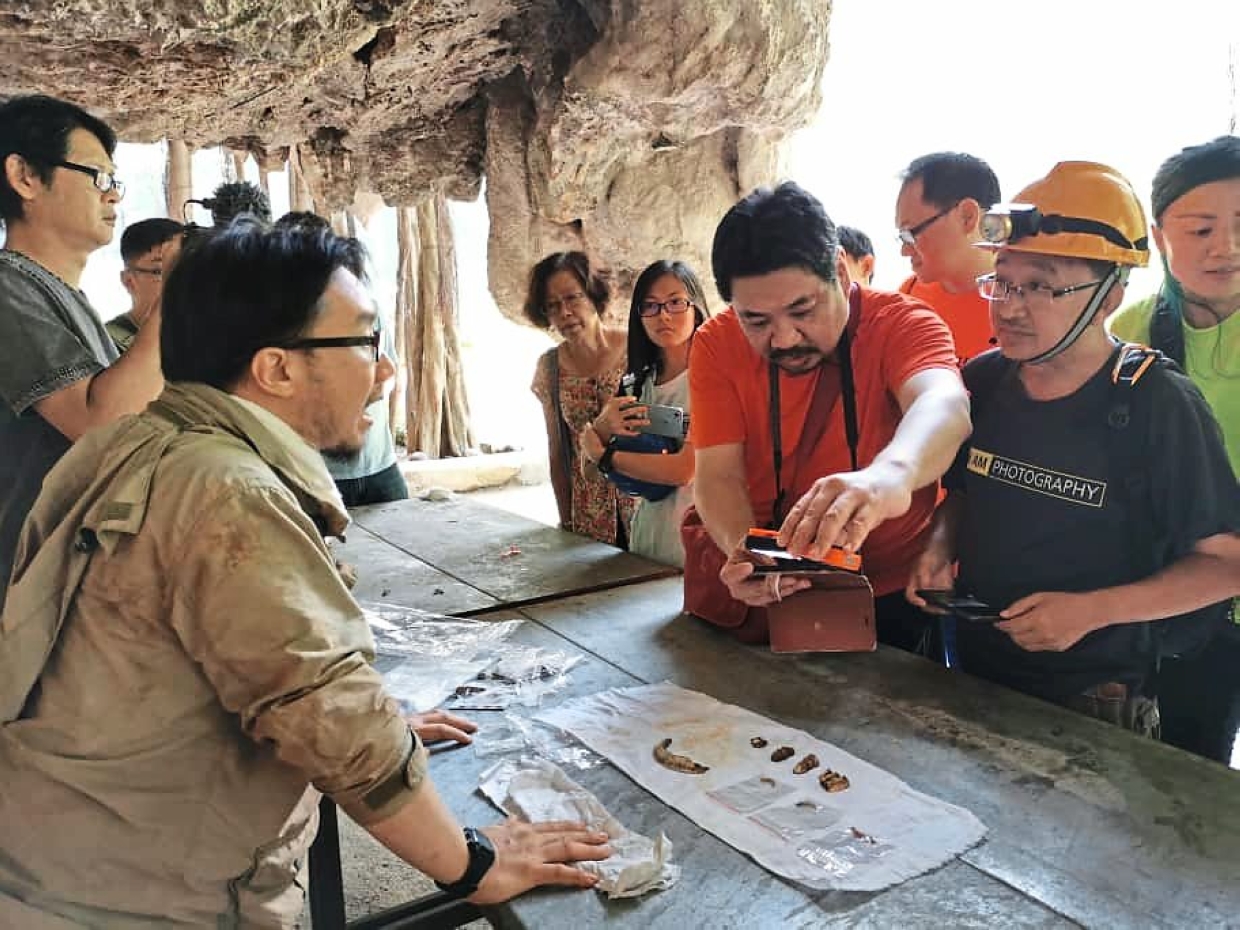 Participants having a closer look at some fossilised bones found by caving enthusiasts in Gunung Rapat, Ipoh.

“I found fossils of orangutan in Kanthan Cave and Jelapang, and of a hippopotamus in Gua Datuk and Gerik.

“It would be a shame to see the hills being quarried without prior surveys done and research.

“These quarries are destroying the biodiversity near the caves, leaving little chances to identify and record the unusual flora and fauna.“I hope the quarry companies can shift their activities to subsurface and old mining pools where limestone deposits are even higher,” he said.

Lim hoped the state government could work with the quarry companies to protect the limestone hills in Perak.

Prior to the talk, about 200 participants cycled to the Welfare Association for the Disabled in Gopeng to make a donation before returning to Gunung Lanno for caving activities.
Article type: metered
User Type: anonymous web
User Status:
Campaign ID: 18
Cxense type: free
User access status: 3