The houses suffered structural damage from the construction of the fire station at the back. — Photos: LOW LAY PHON/The Star

TWO Taman Cheras Hartamas residents whose houses suffered structural damage from the construction of the Bandar Tun Hussein Onn fire station since 2015 are still waiting for follow-up action and compensation.

Balakong assemblyman Wong Siew Ki said the problem had not been resolved even though it has been four years since the the late Eddie Ng, the previous sasseblyman, first received complaints from the affected residents.

Wong said the construction of the fire station behind the hosues had resulted in cracked walls and tiles after work started in October 2015.

He said Ng as well as representatives from the Hulu Langat Public Works Department (JKR), contractors and insurance representatives had carried out inspections at the affected houses in November 2017. 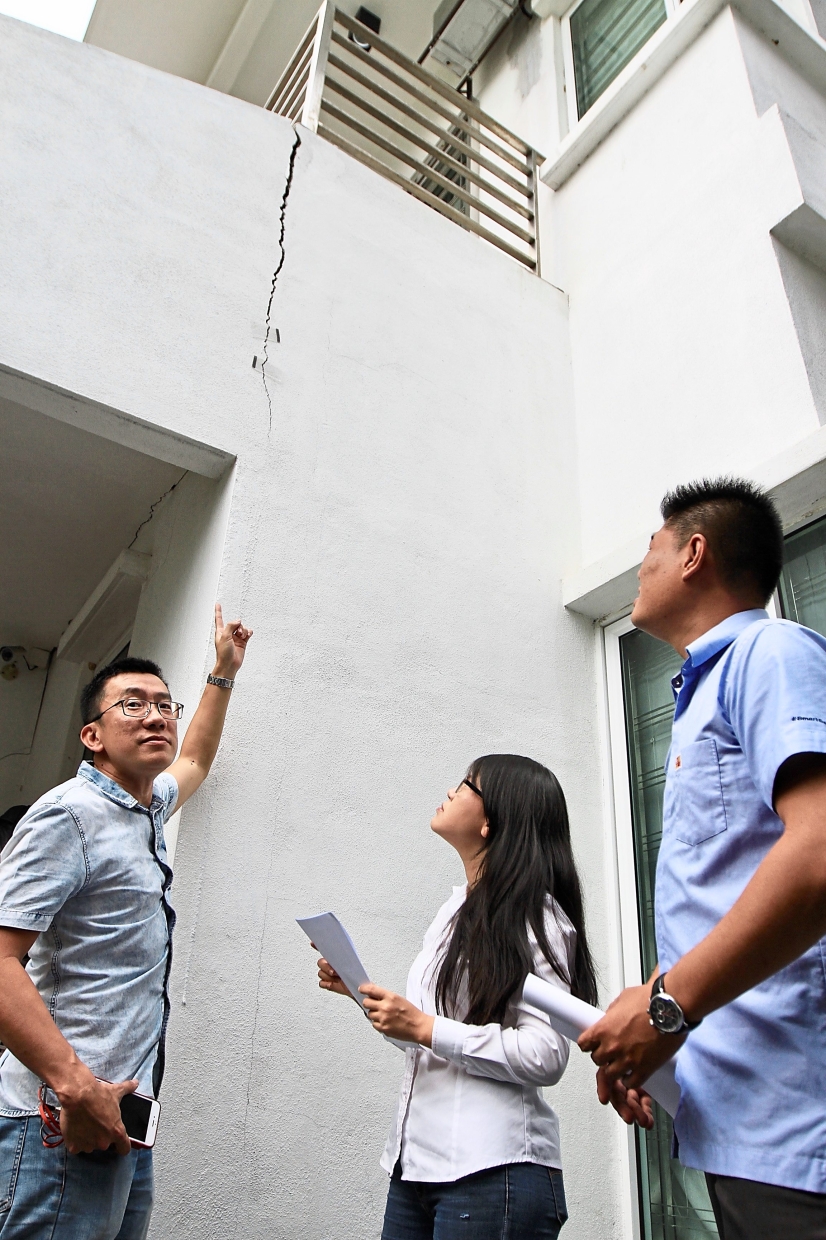 (From left) Tiew, Wong and So inspecting a cracked wall.

“JKR instructed the contractors to repair the cracks. However, they did not fix the damage.

“The residents are frustrated because of the delay in repairs as they are forced to put up with the cracks until now, ” said Wong.

She said another meeting was held in March this year where the contractors signed an agreement to carry out repairs and bear all the costs, but nothing happened.

“Since then, we have been chasing JKR as they are the contractor’s client, but we were shocked by their (JKR’s) response in demanding proof that the cracks in residents’ houses were caused by the construction, ” she added.

“We could not provide any evidence proving the cracks were a result of the construction as it has been over a year since the building was completed.

“If there is no further response from both parties, we will take this matter up with the Malaysian Anti-Corruption Commission (MACC) to investigate the matter, ” said Wong.

One of the affected houseowners, Tiew Chee Keong, said JKR’s response did not make sense as they had inspected the houses and knew what took place, adding that construction for the fire station was completed in May last year.