Muhunan watching a smouldering fire under the bridge

ACTION has been taken against drug addicts reported to have burnt illegally dumped construction waste under the Jalan Kem Expressway Bridge in Port Klang.

Twenty-two drug addicts have been arrested by the Narcotics Department of the South Klang District Police.

Aged between 35 and 55, the addicts were arrested during an operation codenamed Ops Sarang.Fourteen of them will be sent to the National Anti-Drug Agency for rehabilitation while the other eight are being investigated.

“They will be investigated for drug related offences under Section 12(2) and Section 39A (1) of the Dangerous Drugs Act 1952,” South Klang OCPD Asst Comm Shamsul Amar Ramli told StarMetro. 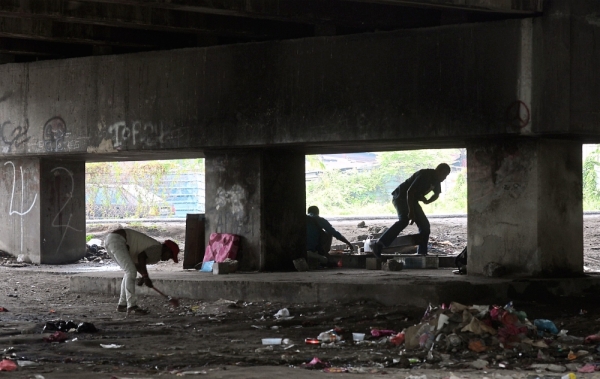 Not only had the area under the Jalan Kem Expressway Bridge been made into an illegal dumpsite, people were setting fire to the rubbish. — Filepics

He added that the burning of renovation debris under the bridge was done by scavengers and drug addicts to salvage copper or metal fittings to be sold to recycling shops.

On July 20, StarMetro had highlighted that the area under the bridge which was a stone’s throw from the Port Klang Authority (LKP) building, has been turned into an illegal dumpsite.

On the pretence of managing the site, addicts were collecting a fee from those who dumped construction waste there.

LKP Property Department manager Sri Muhunan Rajaretnam was reported to have said the illegal activity around the bridge started three months ago. “With the drug addicts removed, we will soon enlist the help of Klang Municipal Council to get the area cleaned,” he said.

ACP Shamsul Amar added that police managed to make 78 arrests of drug addicts during raids conducted in January, March, April and May this year.

ACP Shamsul Amar added that police would continue to be vigilant to weed out bad hats and drug addicts. 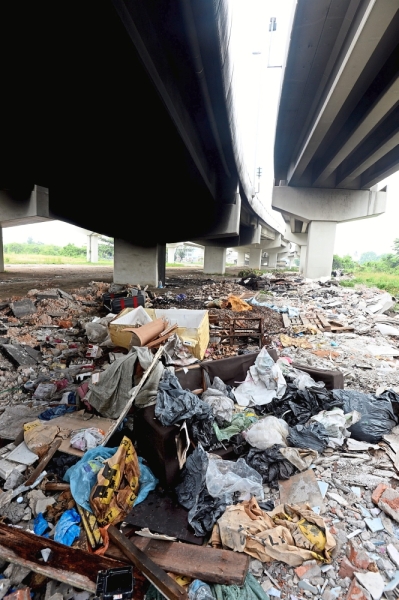 Mounds of rubbish have made the area an eyesore.

“Our department is coming down hard against criminal activities.

“In April, we banished a person from the district who was arrested in a drug raid,” he said.