The Dewan Orang Ramai Flat PKNS in Jalan Kuching is one of the buildings that caretakers refuse to return to DBKL.

A GROUP of NGOs and caretakers of community halls in Kuala Lumpur will not surrender their premises to Kuala Lumpur City Hall (DBKL) despite receiving notices to do so.

They claim that some of the halls were not built using government funds but constructed with donations from the community.

They had formed an action committee to save community halls in Kuala Lumpur, said their spokesman and former Umno Federal Territory Youth chief Mohd Razlan Rafii.

He said many of the halls were built by those living in the area.

“These caretakers were responsible for the maintenance and upkeep of the building.

“If they surrender the buildings to DBKL, what assurance is there that the new caretakers will maintain the premises and pay the utility bills?” he asked during a press conference at Dewan Orang Ramai Flat PKNS in Jalan Kuching.

Razlan admitted that there were some bad apples who had mismanaged the community halls in their areas but added it was not fair for DBKL to punish everyone for the wrongdoings of a few. 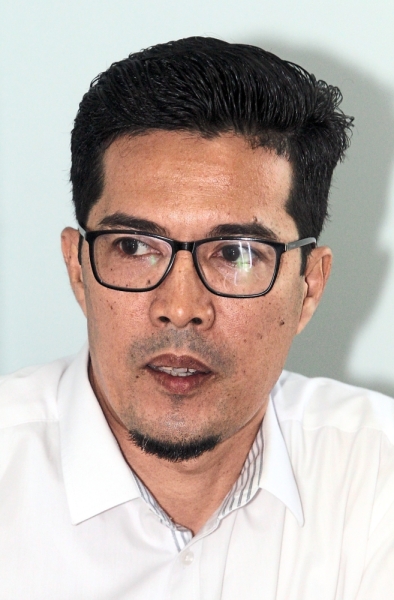 Adnan says they will see DBKL in court over the matter.

“There is no one-size-fits-all solution to this matter,” Razlan said, adding that Federal Territories Minister Khalid Abdul Samad should not have asked DBKL to take over all community and ICU (Implementation and Coordination Unit) halls built on its land.

Last November, Khalid had announced that DBKL would decide, on a case-by-case basis, who would manage these halls.

He was quoted as saying that if there were no interested parties, the halls could be managed by DBKL branch offices.

However, Mokhtar Ahmad, who is the caretaker of Dewan Serbaguna Taman Melewar in Wangsa Maju, said DBKL had no right to their hall.

“The dewan was built by the residents in the 1980s and we did not take a single sen from DBKL,” he said.

“In Taman Melewar, we built a surau, police beat and tadika. Now, DBKL wants to take over. But on what grounds?

“The maintenance and utility bills are paid by the people,” he said, adding that DBKL should not take orders from a political entity.

Action committee chairman Gulam Muszaffar said many caretakers who had surrendered their keys to DBKL regretted doing so.

“They said they were misled into thinking that they were going to get back the halls eventually, but in truth that’s not going to happen,” he said. 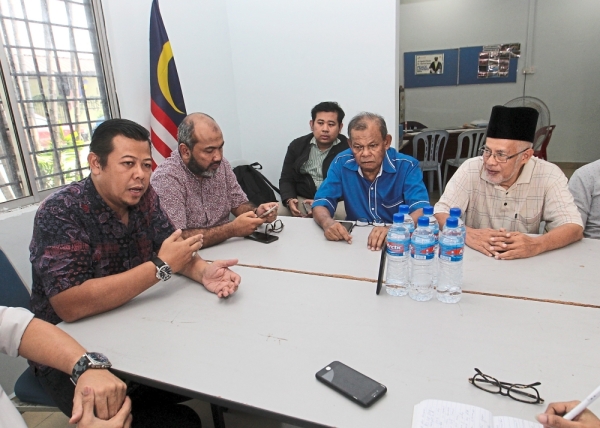 (From left) Razlan, Gulam and Mokhtar (right) at the press conference organised by the action committee.

Gulam also questioned the rationale in handing the halls to the representatives of the Federal Territories Representatives Council (MPPWP) who he claimed are political appointees of the government.

He said the committee had some 20 community halls where the caretakers do not want to surrender the premises unless they get a written assurance that the halls would be returned to them.

Gulam recounted a few cases where halls which were returned to DBKL and placed under lock and key had become white elephants.

“No one gets to use the halls and worse still, they are left to rot,’’ he added.

Meanwhile, the committee’s legal advisor Adnan Seman said they would see DBKL in court over the matter.

“If DBKL initiates legal action, we will reciprocate,” he said.

Last week, StarMetro reported that DBKL was having a hard time getting back community halls from third party caretakers appointed during the previous Federal Government’s administration.

Kuala Lumpur mayor Datuk Nor Hisham Ahmad Dahlan said this was because some of the third party caretakers were affiliated to political parties and had refused to return the halls to DBKL.

He said 36 out of 203 buildings had yet to be surrendered despite DBKL sending out notices to residents associations, Rukun Tetangga sectors and NGOs to hand over the community halls to streamline and legalise their management.

Nor Hisham said the buildings were government assets and some had been mismanaged by third parties.