The majority of traders in Kuala Lumpur continue to use oxo-biodegradable bags because they are cheaper. — Photos: YAP CHEE HONG/The Star

However, the number of consumers for such plastics is still too low and manufacturers are reluctant to produce the alternatives in bulk although they would help to decrease the costs.

According to them, even though Kuala Lumpur implemented the use of biodegradable plastic bags almost a year-and-a-half ago, the number of people switching from regular petroleum-based plastic bags was far from encouraging. 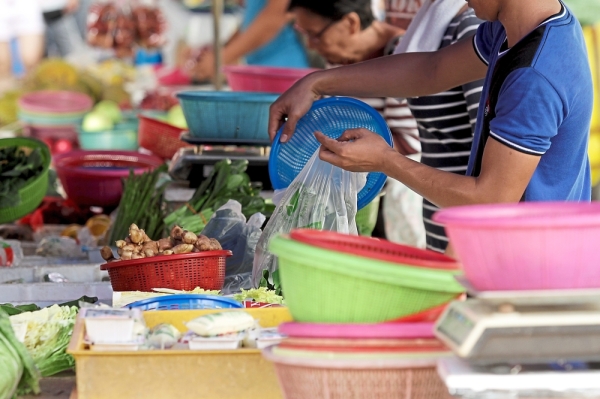 Although required to use biodegradable plastics, many traders in Kuala Lumpur say they are too expensive.

“Since the implementation of biodegradable plastic bags in the Federal Territories in 2017, around 60% of restaurants and 80% of shopping complexes have complied with the ruling,” she said.

Those who have yet to make the switch are mostly small traders at wet markets, night markets and food stalls.

Some traders have also opted for cheaper photo-degradable or oxo-biodegradable plastic bags, she added.

“Confusion still reigns among business owners as there are unscrupulous plastic bag manufacturers passing off fake bio-based plastic bags as 100% biodegradable,” Noor Akma said, adding that the Federal Territories Ministry only allowed the use of biodegradable products certified with the Standard and Industrial Research Institute of Malaysia’s (Sirim) ECO 001/2016, ECO 001/2018 and ECO 009/2016 labels.

To-date, 14 manufacturers have been certified by Sirim with an eco-label. 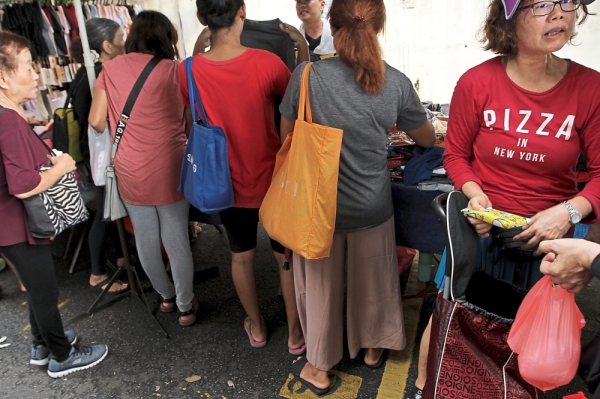 Noor Akma said the department would continue briefing traders’ associations on the proper biodegradable material while continuing with enforcement.

“Most market traders and roadside food operators are used to buying petroleum-based plastic bags at around six or 7sen per piece and absorb the cost,” he noted.

He said to help offset the cost of biodegradable bags, the ministry allowed retailers, traders and hawkers in Kuala Lumpur, Putrajaya and Labuan to charge customers 20sen for each biodegradable plastic bag since March 15.

“The charge is to subsidise the cost of producing biodegradable bags.

“Even if an eco-friendly bag costs between 23 and 26sen, it will help balance out the production cost,” he said during a recent dialogue session, adding that the requirement to use biodegradable bags and food containers was stipulated in traders’ business licence.

A total of 363 compounds were issued between January and May for non-compliance compared to 192 compounds last year.

“We were focused on creating awareness and that explains the high number of notices compared to compounds. Compounds were only issued to business owners who had been served multiple notices,” said Patel. “As the market grows, the number of suppliers will also increase and the price of biodegradable packaging will become competitive. So when more people use these products, the price will decrease.

“When we first started supplying biodegradable plastic bags three years ago, we were selling them at 35sen per piece but it is now priced at around 20sen because the manufacturing technology has improved and demand has increased,” said Jama business development manager Mavin Krishnan.

“Where it concerns cost, most people tend to make a one-to-one comparison between bio and non-bio plastic bags, which is not accurate because they are made up of entirely different materials.”

The current demand for biodegradable packaging could be met by existing registered suppliers and manufacturers, said Mavin.

“Of course, once the number of businesses that have fully switched to using biodegradable packaging increases, we will have to increase production as well.”

Another of the ministry’s partner company in biodegradable plastics distribution, Seng Huat Po Ho, believes a reason for the slow response to the shift to biodegradable packaging is its low durability compared to petroleum-based packaging.

“Traders and customers have complained that the material is flimsy considering its cost. They would rather opt for cheaper and regular plastic bags,” said the company’s general manager Ivy Sai.

She said bio-bags were meant to carry a specific weight.

“Business owners need to ensure that they are using plastic bags and food containers suitable for the nature of their business.”

She opined that some business owners wanted to abide by the ruling but were wrongly influenced by vendors who sold photo-degradable, oxo-degradable, or even substandard biodegradable plastics.

“They are attracted to cheaper ‘biodegradables’ when in fact those materials are not.

“These plastics are more damaging as they do not completely degrade but fragment over time into smaller plastic and micro-plastic particles.”

According to Sai, the price difference between the two types of plastic bags could be five times higher.

She said because biobags were made from food byproducts such as corn, extra care was needed to store them.

“The slightly sweet smell can attract cockroaches so they should be stored in vermin-free surroundings, in a dry environment and out of direct sunlight.” 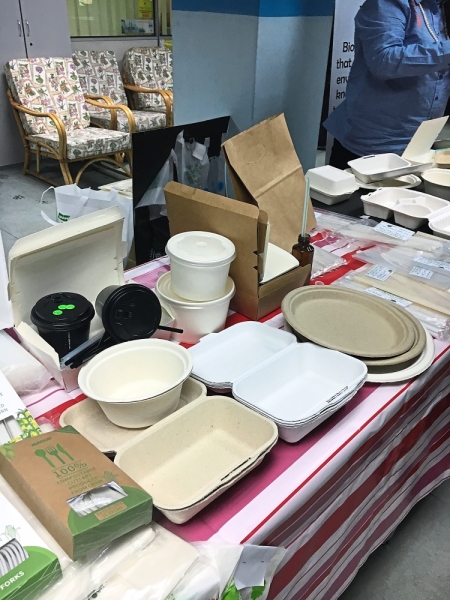 Examples of 100% biodegradable packaging available in the market.

While manufacturers said the cost to produce biodegradable plastics would reduce following increased demand, some traders insisted that the cost was still too high for them to make the switch.

Since the implementation of biodegradable plastic bags, they said they were still compelled to absorb the cost of eco-friendly alternatives.

A trader at the OUG morning market, who only wanted to be known as Lim, said he had to fork out almost RM1,500 more each week to purchase 100% bio-bags.

“A large-sized biodegradable plastic bag costs about 30sen each, which is a lot when I use almost 5,000 bags a week.

“That is too much, so I found cheaper biodegradable alternatives online that cost only 10sen each,” he said.

Lim’s sentiment was echoed by several other traders at the market.