Steering the regatta to a whole new level

Rowers in action during the Penang Dragon Boat Regatta 2019 at Teluk Bahang Dam in Penang.

BESIDES taking part in a dragon boat race, 15 members from the Nanjing Dragon Boaters from China also got to enjoy delicious food, nice weather and friendly atmosphere in Penang.

Supporting team leader Huang Ping Jun, 40, said they were glad to be part of the Penang International Dragon Boat Regatta at Teluk Bahang Dam in Penang.

“Only 15 of us could make it this time as there was another dragon boat competition in Nanjing.

“We are very happy to compete in Malaysia.

“Although we are not professionals, we give our very best and compete within ourselves to be better every time.

“We came here to gain experience,” said the wedding planner.

Nanjing Dragon Boaters was among seven teams from China, Singapore and Malaysia that competed in the one-day tournament on Sunday. 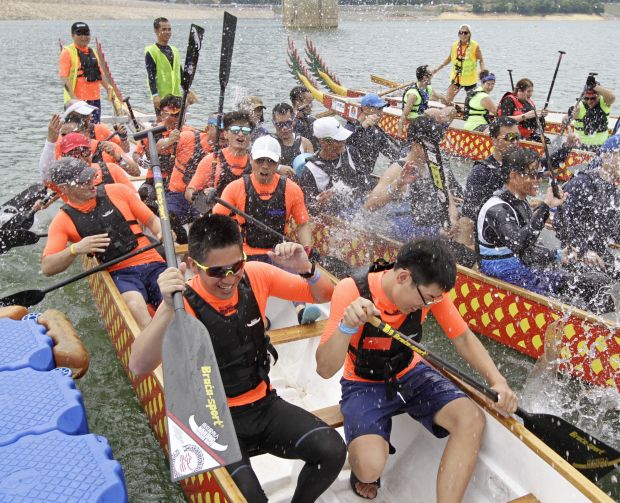 Team manager Khoo Kean Tat said they had been practising twice a week along the coast off Straits Quay for the past six months.

“Although there are fewer teams competing this round, it is still very competitive as most of the strong teams from Penang are still here.

“We proved ourselves at this competition. Our efforts for the past six months have been rewarded,” he said.

Penang Gu Tao team, in its maiden outing, has pledged to return for the Dragon Boat Festival 2019 in December.

“We trained together and we were very happy, so we decided to form a new team.

“There are 45 members in the team. Some of us came straight for the competition without going through training as they were too busy,” the 40-year-old contractor said. 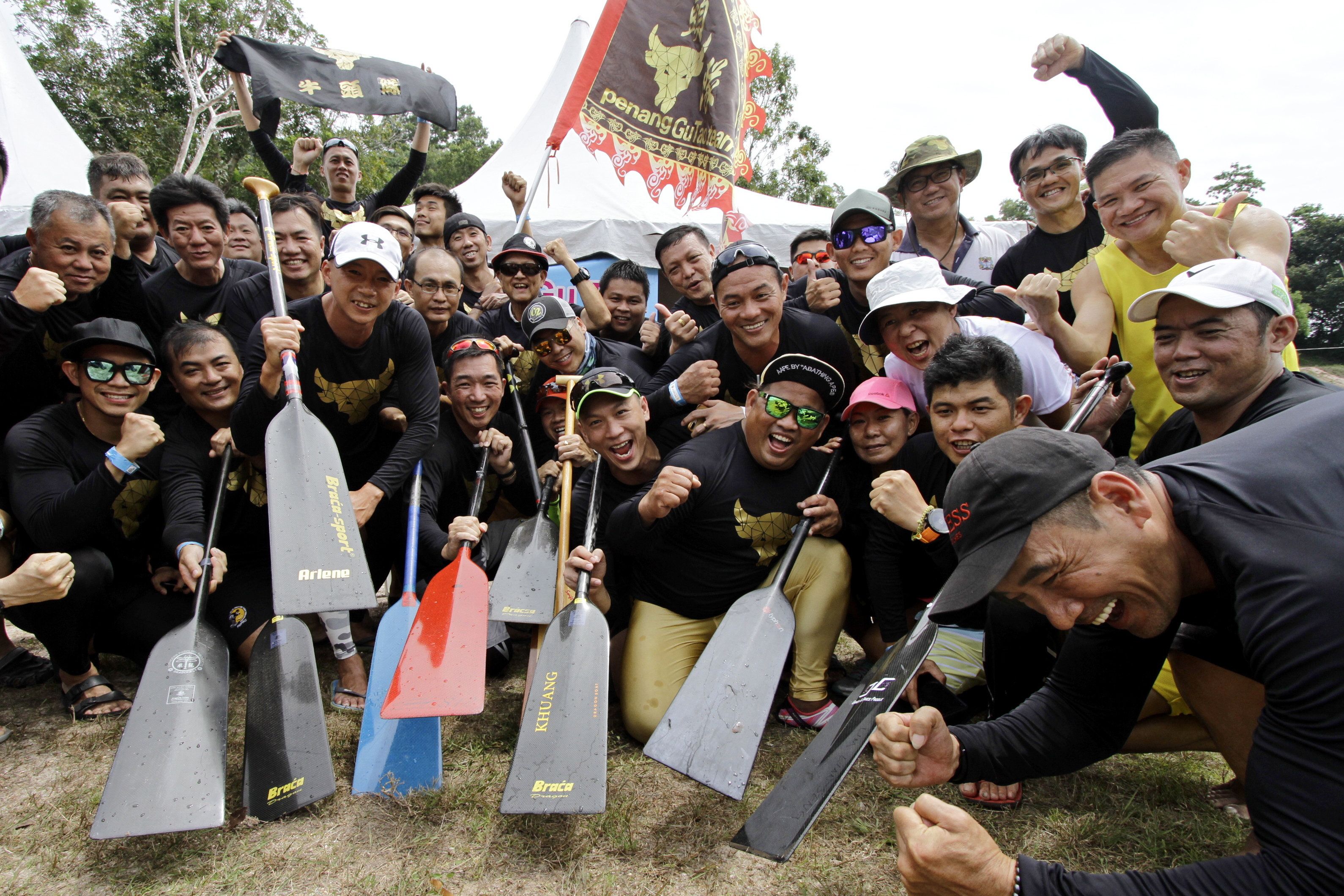 Members of the Penang Gu Tao team taking a group photo at the regatta.

He said the regatta was in line with Penang 2030 vision of transformation into a family- focused, green and smart state.

“Dumpling Festival is also a cultural festival for the Chinese community.

“For this competition, we adopted a new and innovative method to make it better.

“We put up live results on screens and provided live streaming of the competition for everyone.

“The contestants were also given digital registration wristbands that included their personal particulars. A team member from Pacific West Dragon Boat Club pouring water over the dragon head before the start of the races.

“Today, we see a lot of parents and children taking part in activities such as dumpling making, drawing competition and watching the competition together,” he said.

Yeoh said there were fewer participating teams this time as many other cities also organised dragon boat competitions in conjunction with the festival.

“We will continue organising the event next year and we hope that there will be more contestants,” he added.

Yeoh also said that the regatta’s committee members had decided to conduct free training on the first Sunday of every month from 3pm to 5pm starting Sept 1.

“We encourage colleges, factories and corporate bodies to join the training sessions as it provides good team building and promotes team spirit,” he said.