Musical on James Brooke with new songs and choreography

KUCHING: An original Sarawakian musical about James Brooke will be restaged by the St Joseph’s Family of Schools during the Rainforest Fringe Festival here next month.

Written and orchestrated by the school’s own talents, The White Rajah of Sarawak tells the story of Brooke’s journey from an English adventurer to a leader in song, dance, drama and comedy.

The musical’s inception came from a drive to promote an appreciation of local history and culture by developing students’ talents in the performing arts and music.

It was first performed in 2017 in line with the school’s vision of providing a holistic education to enrich the lives of students.

“They boost confidence in students as well. Today we would call this personality development,” he said. 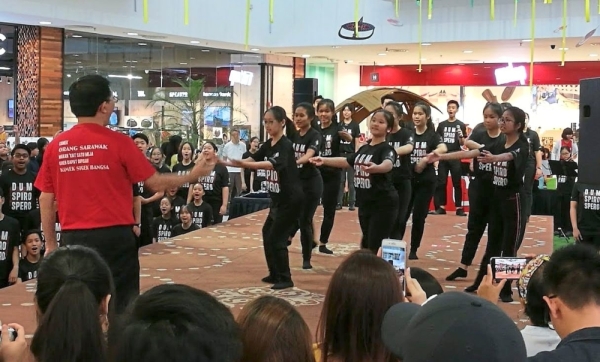 This production of The White Rajah of Sarawak features new songs and choreography, with over 500 students and teachers involved.

Lucilla Chin, a teacher in the director’s team, said restaging the musical for a wider international audience was an opportunity to showcase the students’ talents and creativity.

“This is not limited to the cast. We want to provide the same opportunities for the many crew members to shine too.

“At the same time, we continue to receive interest in the musical from the public and the community so it makes sense that we stage a piece that’s really our own, a piece we all love and take pride in. A piece about our homeland and our people, our history and our culture,” she said.

Father Alvin Ng, who wrote the script, said the musical was a celebration of unity in creative diversity. The cast and crew of The White Rajah of Sarawak, a musical involving over 500 students and teachers.

“We hope to open the performing arts scene in Kuching to new vistas, where originality meets innovation and timeless traditions meet contemporary interests,” he said.

It is also entertainment for a good cause. All proceeds from the musical will go towards the building of a new multi-purpose school building equipped with learning facilities for the performing arts and music.

The White Rajah of Sarawak will be staged at the Archdiocesan Curia and Cathedral Pastoral Centre of St Joseph’s Cathedral here on July 5-7.