It will be disappointing for travellers to be faced with this sign when they turn up at the counter to buy a ticket after failing to book their tickets online.

Some of its users complained to StarMetro after facing problems booking their tickets via KTMB’s website.

Among the complaints was that the website would freeze up as they proceeded to payment after selecting departure and arrival destinations, while some felt the interface was not user-friendly.

“The system is slow and is usually down.

“I think the website cannot cope with high traffic, where there are too many people accessing the site at the same time. 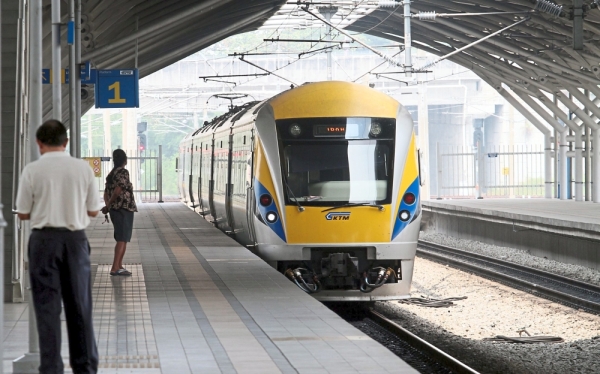 The ETS arriving at a station.

“It takes a long time to proceed to the payment page and when it does, it sometimes redirects me back to the homepage.

“It is really troublesome and even more inconvenient when we ultimately have to go to the train station to find out if there are tickets available and buy it,” said Soon.

She added that she would not use the service again if things did not improve.

Programmer Too Heng Kit, 30, said the ETS online booking system needed a lot of improvements as the current user interface was not friendly.

“I used it once sometime ago and I have found out that until today, it has not improved much.

“The system has a long down time and is unreliable,” he said. 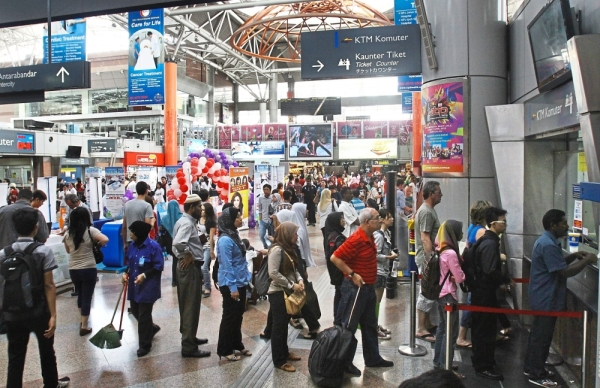 Travellers have to put up with long queues when they are forced to buy tickets at the KTM ticketing counter after failing to do so online because of KTM’s problem-riddled website. — Filepic

“KTM should work with e-wallet companies for a more convenient booking and payment system,” Too suggested.

StarMetro tested out the online ticketing system at different times of the day.

Sometimes, the process was smooth but at other times, the webpage failed to load.

While selecting the arrival and departure destinations, there were instances where the website would automatically return to the homepage again.

Lately, a pop-up notice on the website recommends that users instal the updated version of the mobile application.

Regular ETS passenger, Francis Tio, 28, who buys the tickets online once every two months, said the website worked fine for him.

“There has been a big improvement in the system over the years of its operation.

“However, one thing that frustrates me is that we are unable to save our input destinations. Ahmad ‘Asri says the KTM mobile app is now back to normal with an updated version after undergoing  an upgrading.

“Sometimes in the midst of booking tickets, the site will take us back to the homepage and we have to key in the destinations again to search for available trips.

“It would be very helpful if we are able to save our trips as favourites,” said the engineer.

Civil servant Muhd Faris Sulaiman, 32, said he bought ETS tickets online quite often and he had to put up with the website lagging sometimes.

“However, if you try again a few minutes later, it will be fine,” he said.

“Those who had paid online but did not get their tickets were offered a full refund.

“There are two digital apps available for our customers, one is the online ticketing system via KTMB’s official portal and the other is KTMB’s mobile application called Mobticket.

“The mobile application, which customers complained about, had recently undergone upgrading work.

When asked whether there were plans to introduce other platforms or initiatives for digital ticketing like e-wallet, Ahmad ‘Asri said the present online booking system was sufficient to cater to current needs, including the surge of purchases during festive time.

“We will continue to strive in giving a better customer experience, including upgrading all our digital booking platforms,” he added.