A model digital library for others

FOLLOWING the success of the Penang Digital Library, Kedah will soon be getting one.

Finance Minister Lim Guan Eng said the estimated cost to set up the library in Alor Setar would be RM15mil and that it would be developed by the same architect that designed the Penang Digital Library.

“The digital library in Alor Setar will be modelled after the one in Penang which has benefitted many people,” Lim told a press conference at the Penang Digital Library in Jalan Mesjid Negri on Saturday.

He said the facility in Alor Setar would occupy a bigger space than the Penang Digial Library. 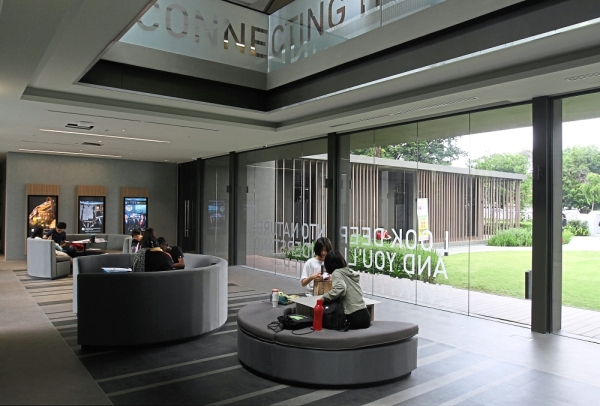 A tablet showing some of the many eBooks available at the Penang Digital Library.

The project is expected to start early next year and be completed by the end of the year.

On a separate matter, he said that under the Northern Corridor Implementation Authority (NCIA) initiative, three other projects were recently announced for Penang.

“They are the RM77mil Collaborative Research in Engineering, Science and Technology (CREST), RM10mil Centre of Excellence (TEST) and Penang Port Expansion Plan.” Visitors enjoying the comfortable environment at the library.