ALL the damaged oBike bicycles in the Kuala Lumpur City Hall (DBKL) depots have been bought by a single bidder during a public auction.

The auction by the DBKL Enforcement Department saw 1,198 oBike bicycles, 984 motorcycles and 908 four-wheel vehicles snapped up within hours.

A. Mohan, who was the sole bidder for the yellow bicycles, said the price he paid was reasonable.

“I will sell the bikes as scrap metal and parts, but I have to first separate the different parts of the bicycles.

“The tyres will be thrown away, while the aluminium and metal parts will be sold separately.

“I expect to make a profit between RM2,000 and RM3,000 from the sale of the scrap because I have to pay those who will be cutting the metal parts and contractors to dump the unwanted parts,” he said.

Mohan won the bid to buy the bikes yesterday.

DBKL declined to disclose the price. 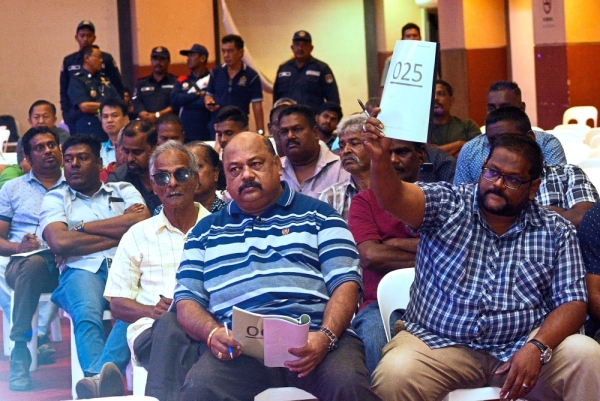 Some of those who took part in the public auction by DBKL for abandoned vehicles and oBike.

On March 13, StarMetro reported that thousands of the yellow bicycles were piling up at DBKL depots.

oBike was an on-demand and dock-less bicycle-sharing platform where users who downloaded the application could reserve a bike and use a QR code to unlock it.

It was introduced during the 2017 SEA Games in August where oBike was off to a flying start in the city when the company partnered with DBKL to provide free rides.

However, things fell apart after a few months and the problem of uncollected bicycles and complaints of obstruction cropped up.

DBKL enforcement officers had the unenviable task of collecting the bikes left to rot at every nook and cranny of the city.

Although the oBike units at the DBKL depots were sold off, there could still be more bikes abandoned.

DBKL enforcement officer Nasarudin Dahrun said the auction would clear the much needed space in the depots.

“We used to have four auctions per year, but because the depots were full, we had to ask permission from the management to do more.

“Currently, there are two depots for abandoned vehicles in Salak South and Taman Connaught while the one in Sentul caters for vehicles that were towed due to traffic offences.

“The depots get filled up quickly as we are towing an average of 15 vehicles per day or 450 vehicles a month,” he said.

Nasarudin added that on average, only 8% to 10% of owners would claim their abandoned vehicles.

“We will check with the Road Transport Department (JPJ) and the police to ensure these abandoned vehicles are not involved in pending cases before referring them to the disposal committee for the vehicles to be auctioned.

“This would usually take a month, but for unclaimed vehicles with traffic offences, we follow the same procedure, but we will give the owners a longer period which is three months,” he said.

During the auction, vehicles were divided by lots and were auctioned off in bulk.

For example, oBikes bicycles and motorcycles were auctioned in separate lots.

Nasarudin said the vehicles that were auctioned off were not roadworthy and could be sold only as scrap or parts.

“It cannot be used by another person as the ownership of the vehicles can only be transferred by the existing owners under the purview of JPJ. 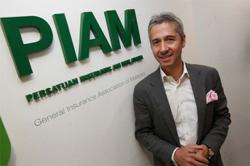 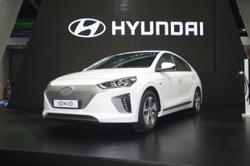 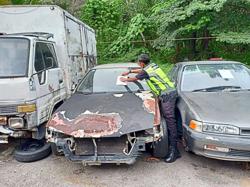 MBS issues notices to owners of abandoned vehicles in Senawang