Great time for a property hunt

ON the lookout for a home or investment opportunity? Do not miss the StarProperty.my Fair 2019 that opens in Penang today.

The one-stop showcase at Sunway Carnival Mall in Seberang Jaya that runs until Sunday, comes at a great time.

With the government recently introducing the Home Ownership Campaign (HOC) and National Housing Policy 2.0, buyers will enjoy many incentives.

Under the HOC, which runs until June, residential units priced between RM300,000 and RM1mil are exempted from any stamp duties on the instruments of transfer and loan agreement.

Properties bought directly from developers at the fair would also be offered a minimum 10% discount along with other attractive incentives and freebies.

The HOC is aimed at helping individuals, especially those in the low-income (B40) and middle income (M40) brackets, to own a home.

And what better place to start the hunt than at the northern region’s premier property fair, which brings together numerous reputable real estate players.

Offerings range from the luxurious to affordable. There are landed and high-rise residences, stand-alone or within integrated townships, as well as retail and office spaces — mostly situated on Penang island and the mainland. 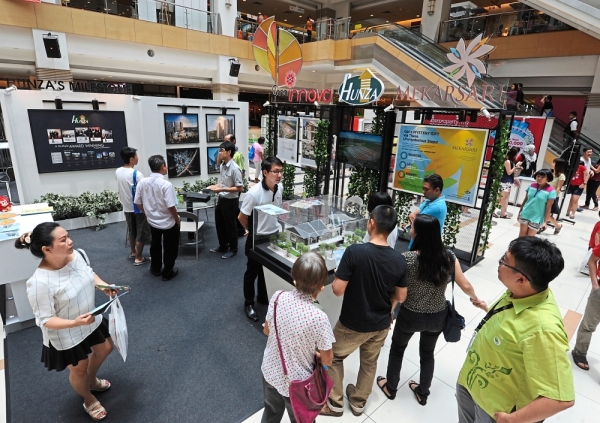 Each has unique qualities that will appeal to different buyers, be it accessibility, sustainability, convenience, comfort, facilities or design aesthetics.

Take this opportunity to speak to the respective developers’ sales personnel to delve deeper into each project, so you can make an informed choice.

Besides having so many products under one roof, the four-day fair organised by Star Media Group also sees the return of the Beli & Menang contest.

It is a homebuyer reward programme open to those who make bookings and complete their Sales & Purchase Agreement (SPA) with participating developers of StarProperty.my Fairs throughout the country this year.

Running until Nov 30, it offers a brand new SUV X70 as the grand prize. Buyers can register online at fair.starproperty.my/beli-menang

Then, answer a simple question and submit a slogan under ‘What does home mean to you’ in English with 150 characters or less.

Participants will have to submit their booking forms before the closing date (11.59pm on Nov 30), and SPA before Dec 31, to marketing@starproperty.my

Share your thoughts on home ownership by taking part in the Buyers’ Sentiment Survey at the StarProperty.my booth and be entitled to a lucky dip.

Up for grabs are photobook vouchers worth RM25, RM50 and RM79. Participants will also receive a complimentary CTOS Score Credit Report offered by CTOS Data Systems.

Get The Star Bundle which includes both the print and ePaper copies of The Star and one-year digital access to either The Wall Street Journal (worth USD370) or dimsum video-on-demand service at only RM599 a year.

There is also the stand-alone The Star ePaper with WSJ at only RM199 per year. Existing subscribers can renew subscriptions at just RM399 per year.

What’s more, those who subscribe or renew at the fair will receive a free gift.

The StarProperty.my Fair is open from 10am to 10pm over four days. Admission is free.