Dancing their way to Beijing

A folk dance showing the harmonious interaction among people of different races living together in Malaysia.

The team of eight members performed three dances, including a Baba Nyonya-inspired dance “Love in Kedah” and “Plotted Dinner” at the festival held from Oct 19 to 28.

All three dances were choreographed by Chia, 27.

He said the Baba Nyonya-inspired dance was a multicultural performance that involved the combination of Malay traditional dance joget and the unique cultures of different races in Malaysia.

“The dance applies a softer movement on the upper body and a more grounded lower body movement.

“The choreography aims to portray how girls and boys are very shy in the old days when girls usually hid behind blinds to take a peek at boys,” Chia explained during a sharing session at the Penangpac in Straits Quay, Penang. 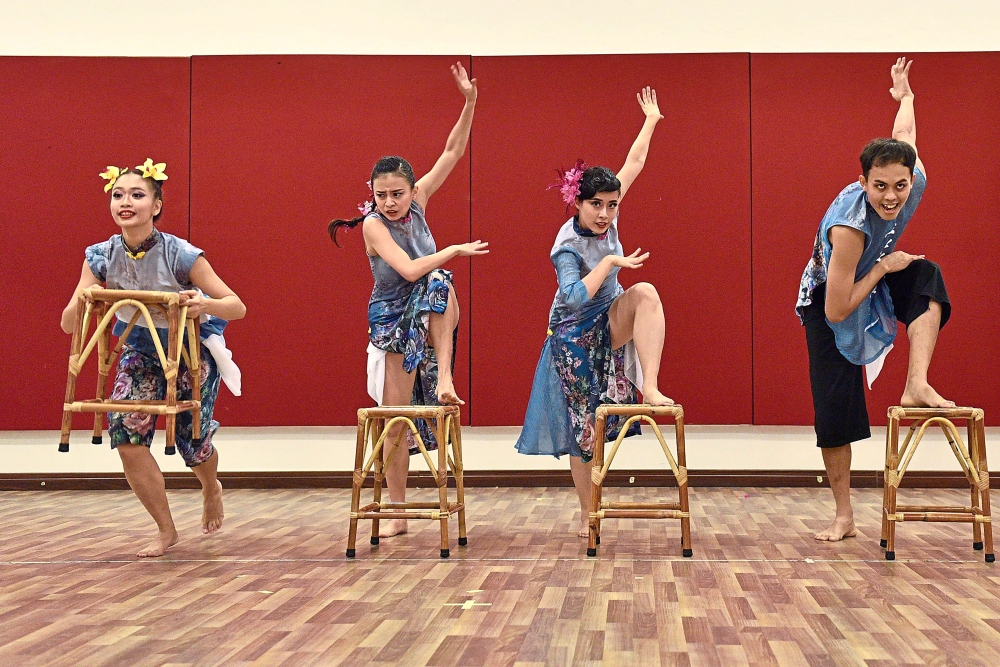 A scene from ‘Plotted Dinner’.

Coming from humble beginnings, Chia shared how he got the inspiration for some of his dance steps by watching the movements of his father, a medium, whenever he went into a trance.

“Love in Kedah” was a modern folk dance, the result of inspiration gained from Kedah, the place where he was raised.

He infused modern elements as well as “kampung” experiences in his dance moves.

Chia said the five-minute dance reflected how the different races in Malaysia lived together harmoniously.

Through the “Plotted Dinner”, Chia attempted to tell a story about the dark side of human beings.

“This modern folk dance reflects on many different faces of our society,” he said. 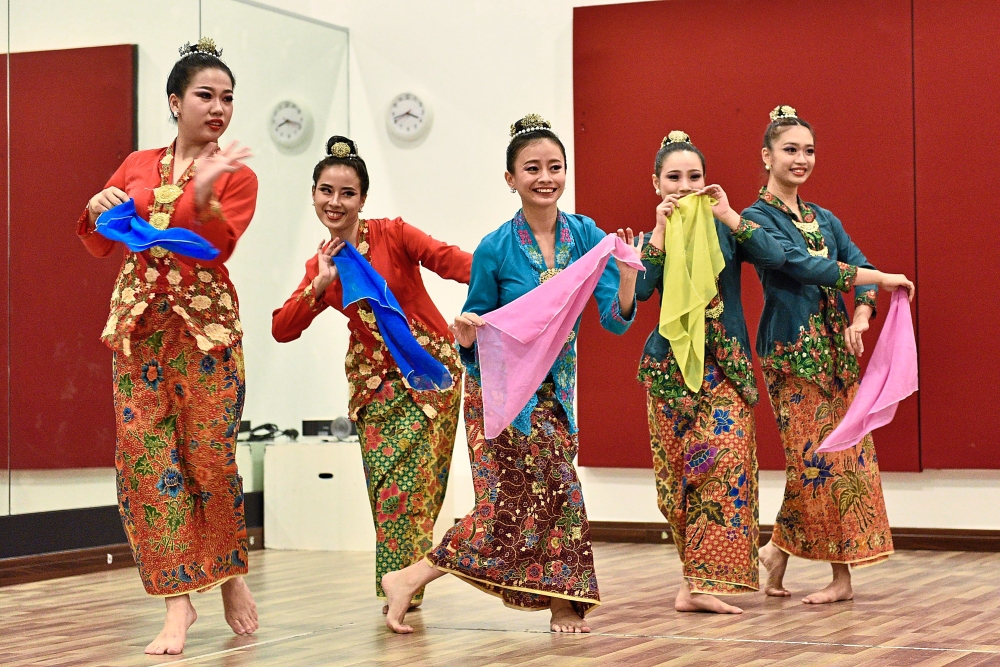 The seven-and-half minute dance ended with those around a table fighting to pay for the meal as they wanted to show that they were rich.

“I hope the audience can understand the performance and bring home the messages conveyed through the dances,” added Chia, who started learning ballet when he was 19.

The choreographer encouraged his dancers to feel the story and use their body to express the story instead of their facial expressions.

“I would interact first with the performers before arranging their dance moves,” he said, adding that he created the moves according to each dancer’s uniqueness and abilities.

He also said that the dancers had been practising for the event for more than a month.

The dance troupe was handpicked by the organisers of the 2018 Beijing International Ballet Invitational for Dance Schools and Dance Festival after a selection period held over six months.

The troupe also attended the master dance classes by professionals from Italy, Israel and China.