A shot at being double ambassador

AVID photographer Aisha Nazar, 29, had always considered herself unlucky. But that was before she emerged top of the heap in the #ThroughTheLens campaign.

And the biggest prize of all, her snapshots landed her the role of first joint ambassador for AirAsia and Sony Malaysia.

“However, for this competition, I thought it would be better if I took pictures of people instead because we can relate to people more regardless of which part of the world we’re from,” she said.

Aisha was announced winner of the 10-week global search at a ceremony in Kuala Lumpur.

Her visual stories of everyday people beat more than 700 submissions from around the world and won her a one-year joint ambassadorship prize with the two leading travel and technology brands.

Shocked by the announcement, Aisha said, “Honestly, I did not expect to win. I’m surprised by it and it has been really surreal. I’m usually unlucky.”

She said she joined the competition after seeing it advertised on social media.

In addition to the win, Aisha walked home with the grand prize of a Sony Alpha A7 III K full frame mirrorless camera, Sony h.ear on 2 wireless headphones and an exclusive tour of Sony headquarters in Tokyo aboard AirAsia X’s Premium Flatbed. 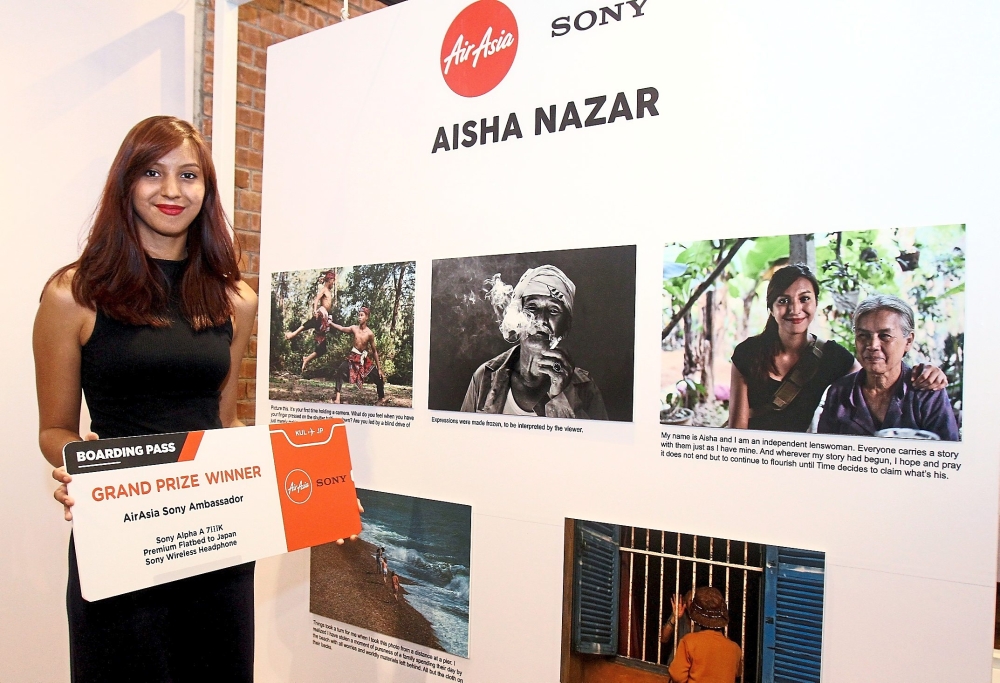 Aisha with some of the photographs at the winner’s announcement event.

With a whole year of travel to plan, Aisha said she looked forward to visiting Hawaii and India as well as exploring other parts of Malaysia.

“It is heartwarming to see so many visually compelling travel stories shared through this inaugural joint ambassador search with Sony.

“These inspiring stories are a great example of what drives us at AirAsia to continue to expand our long-haul network and make more destinations accessible to all as we continue to live up to our promise of ‘now everyone can fly extra-long’,” Klip said.

“We can see that the passion for photography and travel has advanced tremendously. It is now possible for everyone to produce high quality photos with amazing aesthetics to tell inspiring travel stories with the latest visual technology.

“Our hope is to keep this passion for photography alive so that more people can share the beauty of this world through their camera lens when they travel,” he added.

Besides the winner, five Malaysian celebrities, including Elfira Loy, Izara Aishah and Juliana Evans were announced as the faces of AirAsia’s #ThroughTheLens campaign.

Follow their journey as they flew to popular AirAsia destinations such as Xi’an, Tokyo, Amritsar, Taipei and Seoul in a series of inspiring travel videos.

Viewers can watch the videos at www.airasia.com/throughthelens 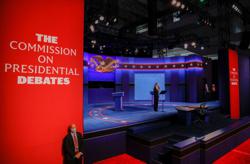