Running in aid of AIDS Foundation

The Malaysian AIDS Foundation’s Hot & Cold Charity Run 2018 was not only a fundraising initiative, but also an event that sought to promote the foundation’s goal of ending AIDS and standing in solidarity with people living with and affected by HIV.

The event, organised by Malaysian AIDS Foundation (MAF) and Universiti Malaya’s Faculty of Medicine (Fomum) held at the university, attracted more than 1,700 runners.

Families and individual runners could choose from 10km, 5km and 3km races.

MAF chairman and Fomum dean Prof Datuk Dr Adeeba Kamarulzaman said: “This charity event is an avenue to raise the level of consciousness within the community on ways to prevent HIV/AIDS and fight against discrimination”.

This year, the organisers raised more than RM200,000 in support of two programmes – MAF’s HIV/AIDS prevention and education programme for youths, and Fomum’s Alumni Welfare and Students Development Fund.

The funds raised will be channelled to MAF’s various AIDS- and HIV-related awareness and prevention campaigns such as Ending AIDS by 2030, which envisages a 90% decrease in new HIV infections within the next 12 years and enabling MAF to raise awareness among people in key populations affected by HIV who are often marginalised due to the stigma of HIV. 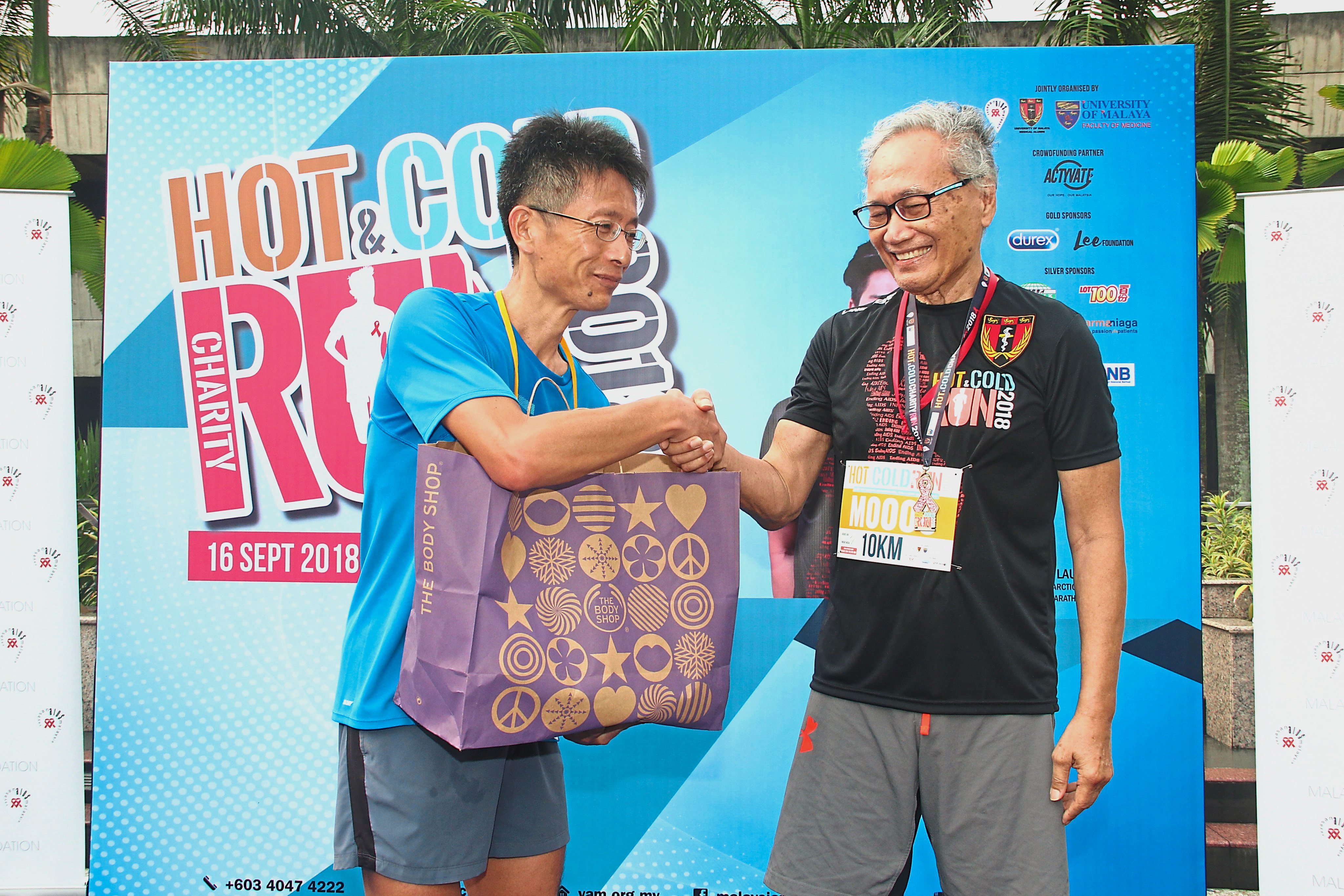 Dr Khairuddin (right) presenting the top prize to the winner of the 10km Male Runner category.

Strong and smart partnerships with key stakeholders across all sectors – the Government, corporate and civil society – have been the cornerstone of the national AIDS response and will continue to be in the Ending AIDS by 2030 phase.

As the joint partner of the Charity Run, Universiti Malaya’s Alumni Society from the Faculty of Medicine also raised funds for its Tabung Alumni; the money will be channelled towards the betterment of the faculty, students and infrastructure.

Among those who took part in the run were alumni members, including Prof Emeritus Datuk Paduka Dr Khairuddin Mohamed Yusof, who served the university for 25 years.

He was deputy vice-chancellor until 1989 and a professor of social obstetrics and gynaecology by the time he retired.

Passionate about endurance sports (triathlons and marathons), he took up the Ironman Challenge at the age of 64. Now 80, it was an inspiration to see him among the runners at the charity run.

Dr Khairuddin was joined by Prof Imelda Balchin, who is professor and consultant obstetrician and gynaecologist with a subspecialist accreditation in Maternal and Fetal Medicine (RCOG, UK), and Assoc Prof Dr Mimiwati Zahari, a consultant ophthalmologist and seasoned runner.

Three corporate teams also took part in the run, including Standard Chartered, which fielded 150 runners and enlisted 150 volunteers to help with the preparation leading up to the event.

The first Hot & Cold Charity Run was held last year to celebrate the heroic feats of two extraordinary young men – Jeff Lau and Jerry Song, a medical student at Universiti Malaya – who successfully conquered two of the world’s toughest foot races in opposing hot and cold climate extremes, the ninth 6633 Arctic Ultra and the Gobi March respectively, in their bid to raise awareness about HIV and AIDS. 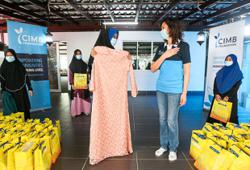 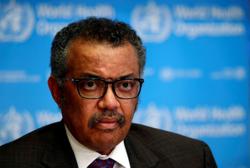