ABOUT 50% of public spaces in Kuala Lumpur are not developed and Kuala Lumpur City Hall (DBKL) plans to make use of these pockets of spaces and turn them into vibrant spots for the public to hang out.

DBKL Project Implementation and Building Maintenance Department deputy director Norzaini Noordin said the unused public spaces include side lanes and alleys that are usually unsavoury parts of the neighbourhood that are left unattended and are dirty.

“When you think about public spaces, people think its that park or garden or even an open space that belongs to the city, but not utilised.

“People tend to pass through lanes and alleys as short cuts to their destinations without giving it a second thought,’’ added Norzaini. “What we are doing now is to bring life back into these spaces by developing it into charming little nooks in the city where the spot can be turned into a lively place for business,’’ she said.

Norzaini said the project was first initiated in 2015, where 20 areas in downtown Kuala Lumpur were identified, namely within Bukit Bintang, Jalan Alor and the Tun Razak Exchange (TRX).

Jalan Alor’s surroundings was identified for potential regeneration and work has since completed there.

Other areas in the city centre that DBKL plans to rejuvenate are Jalan Rembia and its backlanes.

There are plans to also include areas like Brickfields, Bangsar and Titiwangsa in the future.

The entire work will be carried out in phases, where the first involves repainting old buildings with colourful murals, re-tiling and repaving walkways, upgrading drainage and piping as well as relocating streetlight poles and cables.

The project will cost about RM1.5mil and involves eight locations to be completed by the end of 2018.

Currently Laman Rembia, backlane of Jalan Rembia, is being rejuvenated with painters working round the clock to complete the project with a garden in the city theme.

Changes can be seen along the back lanes of Jalan Rembia where some spots have undergone major transformation.

The buildings along the side lanes have been painted to look like a jungle with giant heliconias with bees and dragon flies painted all over the walls.

At another stretch, the walls are painted a vibrant orange with silhouettes of black cats. Street artists meticulously painting a giant heliconia on a building.

Cost for the rejuvenation of some parts of Jalan Rembia was about RM200,000.

“Each art work are thematic and we plan to include butterflies, peacocks and birds in different areas to bring back vibrancy into these once dingy and dull places,’’ said DBKL project architect Natasha Azim Hussin.

According to Natasha, the old shophouses and buildings used to be living quarters for foreign workers who worked at nearby construction sites; but since the rejuvenation started, the building owners turned the place into little cafes and cake shops.

“When we first started, the residents and business community here were against us and there were so much anger, that I was even threatened with my life,’’ Norzaini said.

“But we started anyway and slowly when people began to see the transformation taking place in some back lanes, their attitude about it also took a turn for the better,’’ she said.

Norzaini said the same man who threatened her, later apologised and was now an advocate of the change.

“These transformations are only possible if the community joins us and work with us to keep the back lanes clean and lively,’’ she said.

“It’s working very well so far, the residents are helping to water the potted plants we placed here and they help to keep the place clean,’’ she said.

“Before people won’t dare go to the backlanes for fear of being mugged. Now they are not afraid any more, as the place is bright and vibrant and teeming with tourists,’’ he said.

“Business is also very good,’’ he said, adding that it was the best thing that DBKL did for the community.

In an exclusive interview in February, DBKL executive director Datuk Mahadi Che Ngah described the refurbished back lanes as “pockets of sunshine”, referring to the bright murals gracing some of the older buildings in the area. 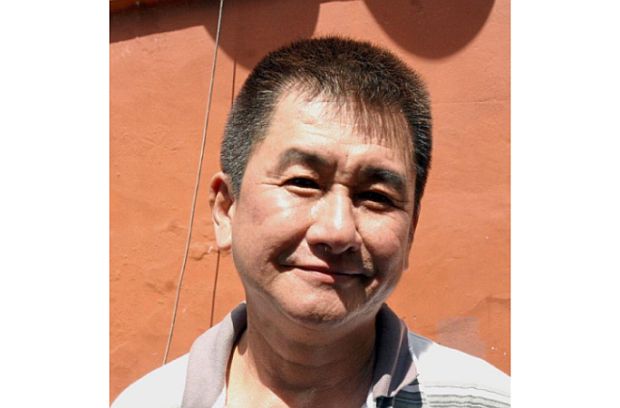 Kam says he is very pleased with DBKL’s work in Bukit Bintang and that it makes the place safer.

Mahadi said alleys and side lanes in any city of the world are always associated with crime and unsavoury activities and repel people. He wanted to change this perception.

As an old township with aged apartments and commercial buildings, he said Bukit Bintang had many side lanes and alleys that acted as service corridors between the buildings.

These are often abandoned and become breeding grounds for criminal activities.

That project will cost RM300,000 and expected to be completed in October.