Price of used cars will not be affected by the SST in September.

Those interested in buying a second-hand vehicle should not be worried if prices might go up after September, as prices for used vehicles would not be affected by the Sales and Services Tax (SST).

The abolishment of the 6% GST was among the promises made by the Pakatan Harapan federal government. The new SST would replace GST in September.

World Class Motor general manager Chris Ooi, 36, said the SST is only applicable to manufacturers and since they only sell used cars, the price of the vehicles would be the same as the current tax holiday.

“Maybe in a few years time, second-hand car prices might be slightly higher, because buyers might have bought their cars at a slightly higher price because of the knock-on effect of the SST,” he told StarMetro.

Ooi said that his business had increased by 25% with more walk-in customers, phone enquiries and sales in the past month.

“Once the Goods and Services Tax (GST) was zero-rated, customers saw a savings between RM1,500 and RM20,000 when buying a second-hand vehicle,” he said.

“I foresee a positive outlook for the used-car industry because it will not affected by the SST,” he added.

Ooi said customers should not be afraid to buy a used-car. 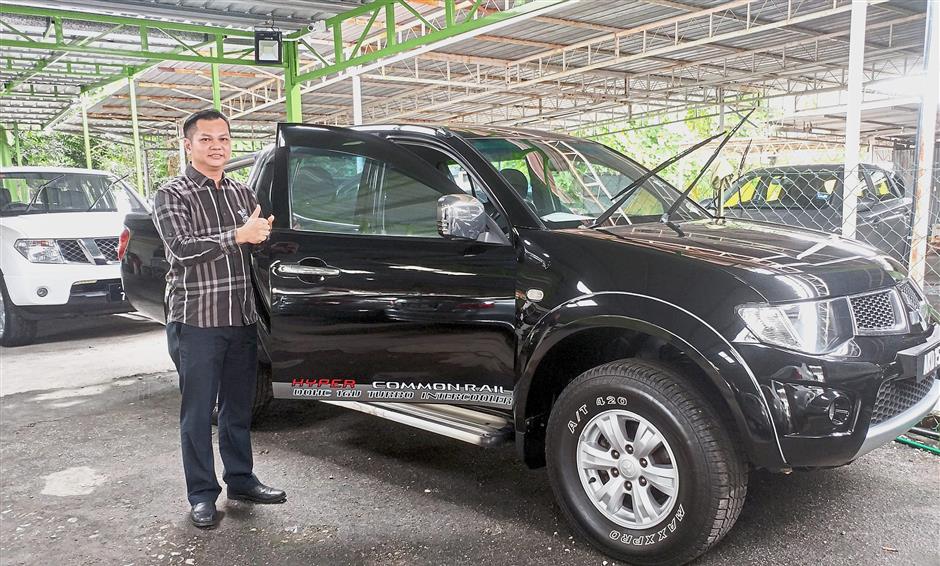 Choo said the company will be having a RM2,000 to RM5,000 promotion after September.

“I think that people have the wrong impression and limited knowledge when it comes to used cars.

“A lot of customers have been cheated and lied to about the year the vehicle was made, the mileage as well as the condition of the car by some unscrupulous dealers,” he said.

Another car dealership, Tai Tung Holding, whose administrator only wished to be known as Chang, hoped more people would continue to buy used cars even after September.

“Once SST is introduced, we predict that new cars could cost up to RM20,000 more.

“For those who want to save money, it is better to buy a second-hand vehicle because the price would still be the same before and after the SST,” she said, adding that the tax holiday was a great time to buy a car as there was no GST.

Chang said there was a 50% increase in customers after GST was zero-rated.

“Loans have also been easier to obtain after June 1.

“Before GST, lending conditions were tight and customers were not able to buy a car as their loans were not approved,” she said.

“Clients with bad records such as unpaid instalments used to have trouble obtaining a loan from the bank but now, lending requirements have relaxed,” she added.

Chang said a major factor for the increase in customers was because prices have dropped around RM1,800 to RM18,000 depending on the car model after the 0% GST.

Leong said the tax holiday has caused a 20% drop in business for him.

“A lot of customers are buying new cars during the tax holiday.

“I can understand if people would rather buy a new car now than to purchase a second-hand vehicle because of the benefits the latest automobile can provide,” he said.

“To keep up, most foreign car makers here have lowered their prices as much as RM10,000 to help boost their sales during this time,” he added.

“Federal law does not require used car dealers to recall cars for repairs if a problem is found.

“So, I would like to remind the public to check with dealers for any problems first,” he said.

DK Motor manager Choo Kean Seng, 41, said although used car prices would not change after SST, the company would still provide a promotion of RM2,000 to RM5,000 to attract customers after September.

“After SST, I expect used cars to be in demand as prices for new vehicles would increase by up to RM6,000.

“Customers could consider buying used cars as the bank value for second-hand vehicle would remain the same,” he said.

“Those who are unable to settle their downpayments can now easily get loans that is able to cover processing, agreement, insurance as well as road tax fees,” he added.

Choo said the main competitor for the used car business during the tax holidays is the latest automobile market.

“Some consumers would rather spend the extra thousands to buy a better condition car with warranty than a vehicle that could potentially have engine failure or other problems,” he said.

“As for me, I will ensure the cars here be first inspected on its condition and to make sure it is in good condition before being sold,” he added.