Keeping up with Ampang’s growth

WITH the Titiwangsa mountain range as its backdrop, Ampang has an interesting duality where parts of the area are fast developing while others retain its village charm.

It is adjacent to Kuala Lumpur and enclosed by the Ampang and part of the Hulu Langat forest reserves.

The population has doubled over the past 20 years, and as such, the need for additional housing has been one of the core issues.

Although there is an increased demand for housing, land scarcity remains a concern.

Ampang Jaya is spread over 14,350ha, but almost 50% of its land is made up of forest reserves.

The recent redelineation exercise saw several changes in the state seats, with the most significant being that Bukit Antarabangsa will see a majority of 50% Chinese voters, a 14% increase from the previous elections. The percentage of Malay voters is now at 44% compared to the previous figure of 57%, while registered Indian voters remain at 6%.

The polling districts of Enggang Utara and Enggang Selatan as well as Ampang Hilir have been redelineated to the Gombak and Pandan parliamentary constituencies respectively. 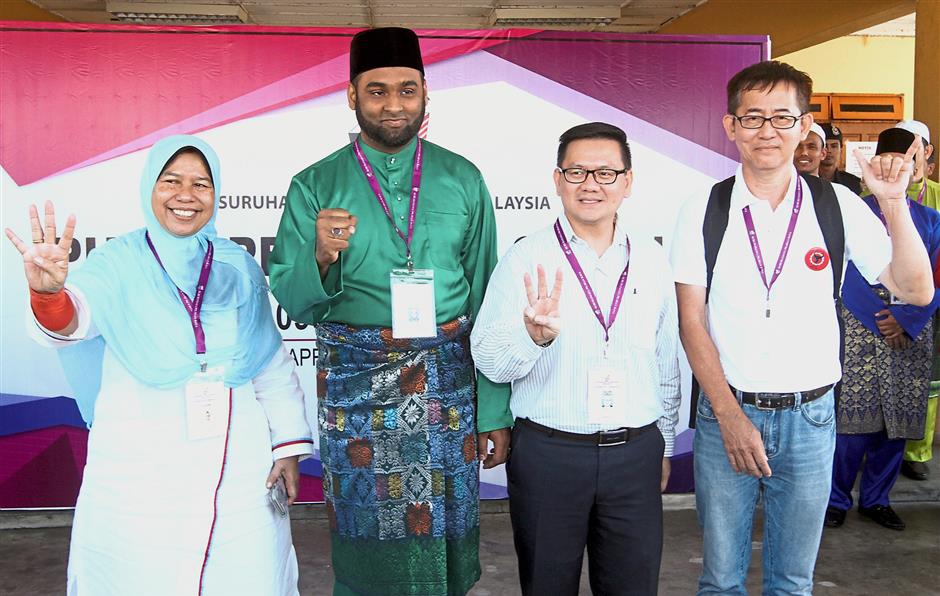 “Young married couples are unable to afford their first home,” said Leong, who contested in the Bilut state seat in Bentong in  GE13.

Leong, 41, said he was confident of capturing the younger people’s votes.

Nurul Islam, 35, said PAS had received positive response from the voters, especially those in Lembah Jaya.

“This is based on PAS’ services to the people. If we win, we will continue to provide better service to the rakyat,” he said. Tan, 60, a former Ampang Jaya Municipal councillor, said he was banking on his experience in the constituency.

“Based on my experience as a three-term councillor, I will practise a hands-on approach in helping the people,” he said.

The other candidates contesting the seat are Barisan Nasional’s Salwa Yunos from Umno, PAS’ Sharifah Hazlizah Syed Ariffin and Ahmad Kamarudin from PRM.

Azwan said he chose the elephant logo because it was big and strong, adding that he was excited and confident to go against his brother.

“My main agenda is looking after the people in the constituency,” said Azwan.

Salwa, 42, who is an Ampang Umno Puteri committee member and a chartered accountant, said she planned to be an assemblyman who is close to the rakyat.

Right after nominations were accepted, Ahmad challenged Azmin to a debate.

“There needs to be an alternative candidate for the rakyat and I’m prepared to take on Azmin,” he said.

Sharifah Hazlizah has been a MPAJ councillor since 2013 and is well versed in the issues of the area.

Haniza, who is the Taman Medan incumbent, said she would use her two-term experience as an assemblyman to address the issues in Lembah Jaya.

“People in Lembah Jaya, especially from the middle- to low- income groups, want better service from their representative,” she said.

Lembah Jaya incumbent Khasim said he would defend his seat with a new approach now that PAS has broken away from the Pakatan coalition.

Since nomination day, Muhamad Nizam has visited 40% of the voters in Lembah Jaya.

“The voters have been very supportive of Barisan, and they also want us to look into building more affordable homes.

“They are angry that the current representatives have not done anything to address these issues including water supply disruption and infrastructure for the past two terms,” said Muhamad Nizam, who is also Ampang Umno Youth chief.