A busy holiday for Ipoh

People queuing up to taste a variety of Ipoh’s famous delicacies at Jalan Bandar Timah in Ipoh’s Old Town area during the Chinese New Year holidays.

IPOH’S Old Town and New Town areas are already popular with tourists, but last weekend was a perfect testament to the areas’ popularity with visitors.

Thanks to Chinese New Year falling on a Friday, many took the opportunity to visit famous sites in Ipoh.

Apart from the balik-kampung crowd, there were also those who decided to visit the city famous for its beansprout chicken and white coffee for a short holiday before going back to work.

With long queues, large crowds and increased traffic on major roads, the sweltering heat – 33ºC to be exact – did not appear to hamper people from walking around.

Contractor William, 31, from Indonesia, said he flew over to the city with his Ipoh-born wife to visit her family for the new year. 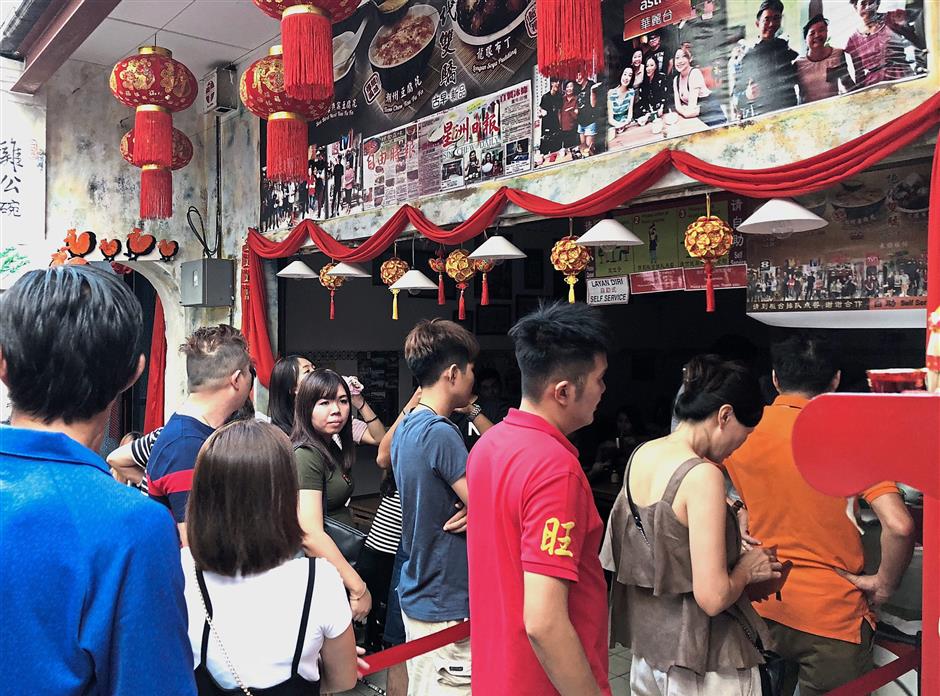 Tourists queuing up for desserts at Concubine Lane.

“We live in Kalimantan now, but I do get to visit Ipoh once a year or every six months because of my wife.

“As Ipoh is located in a valley, I love the views of its hills and limestone caves. I think that they are very special,” he told StarMetro.

The scenery was not the only thing that William adores, as he, like most tourists, enjoys the city’s traditional delicacies. 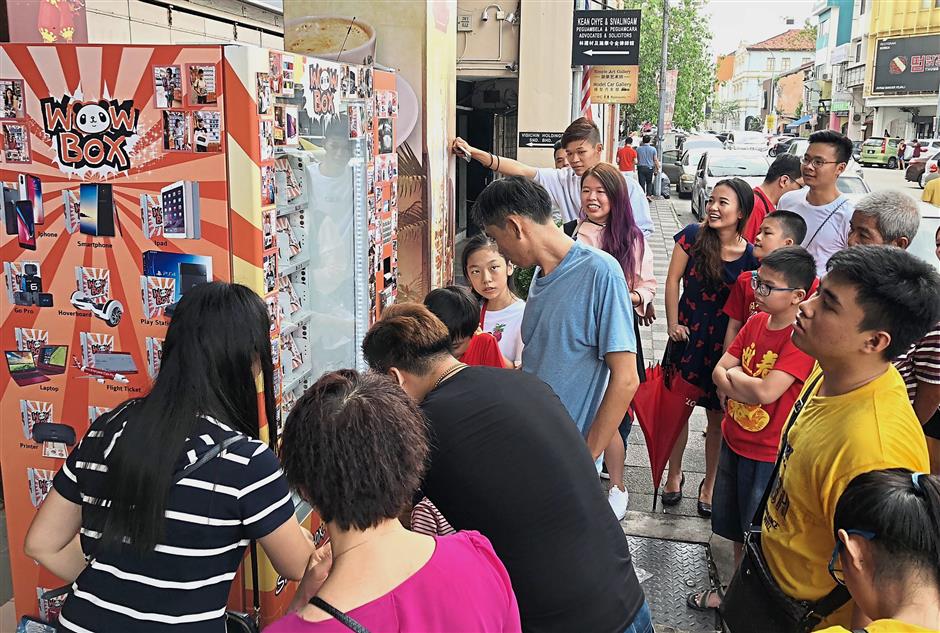 People crowding around a vending machine that allows them to try their luck at winning prizes.

Commenting that the weather was hot, William said it was the perfect time to look for good food with his wife and family friends.

Sales coordinator Carmen Kon, 23, said she arrived in Ipoh on the first day of Chinese New Year to visit relatives.

“I was born in Ipoh but moved to Kuala Lumpur when I was nine.

“I do come back every year to visit, but I am so surprised to see that there are so many people here in the Old Town area this year,” she said.

Kon, who was taking her relatives from Kedah around Ipoh, remarked that the prices of food in Ipoh have become more expensive than she remembers.

“But I am not sure if the prices were hiked up because it is Chinese New Year. 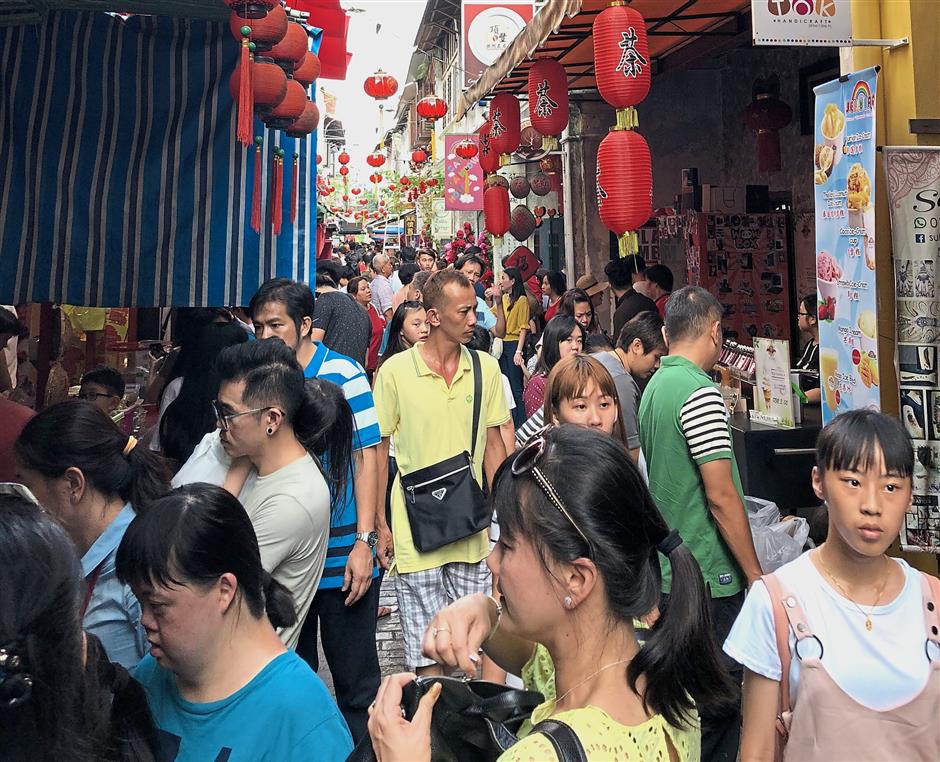 Concubine Lane was flooded with tourists during the Chinese New Holidays.

“My relatives have not been to this side of Ipoh before, so it is still a good opportunity for them to explore the area,” she said.

Lecturer Farah Fardillah Ariff, 30, said she was in Ipoh for a day trip to attend a wedding in Tambun.

“We started our journey from Seremban at 8am and surprisingly, the traffic was very smooth on the highway.

“We reached Ipoh at 10.30am, earlier than expected because we thought it would be jammed,” she said.

However, Farah, who was with her family, said she did not expect Ipoh to be as congested as it was last weekend.

“Ipoh is definitely an interesting place. There is a lot of places to visit, especially when you are looking for good food. 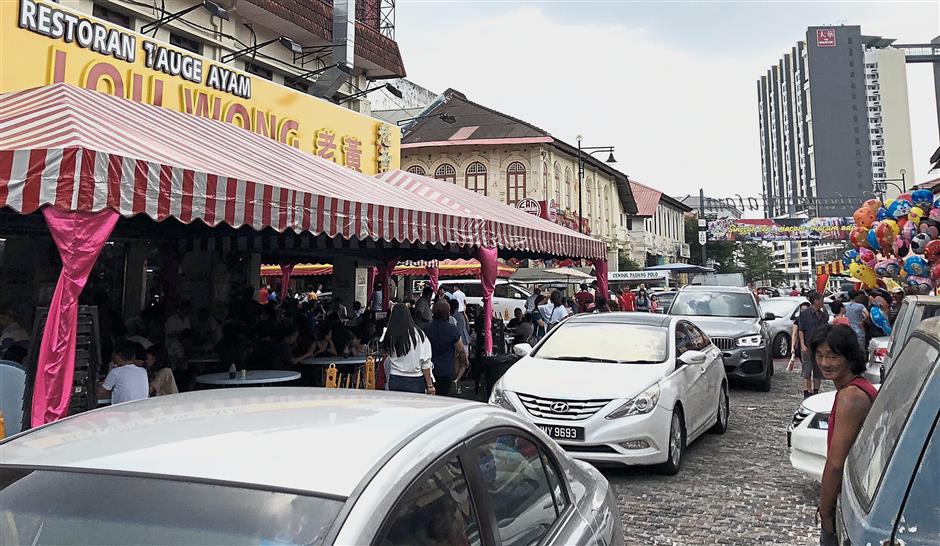 “I really love the laksa and white coffee here,” she said, adding that her last visit to Ipoh was some 20 to 25 years ago.

Due to her newfound admiration for the city, Farah said she has plans to organise a family gathering in Ipoh next month as her uncle lives here.

“We came for a day trip today, I do not think it is enough time for us to fully explore Ipoh’s sights.

“I hope to stay at least one or two nights the next time I am here,” she said.

Homemaker Ain Mokhtar, 26, said she was in the city with her husband as they were looking for a short getaway from where they live in Seri Iskandar.

“It is also the holidays, so we wanted to visit Ipoh and enjoy the famous food here.

“I love the nasi ganja and the variety of food served at New Hollywood Restaurant in Canning Garden,” she said. Like Farah, Ain said she and her husband were shocked to see the number of people flooding the streets of Ipoh.

“We knew it was going to be crowded because of the Chinese New Year holidays, but it was even more crowded than we expected.

“Usually when we come here on normal weekends, it is still manageable,” she said.

Sales executive Brian Ong, 33, was in the New Town area with two friends after their holiday trip to Pangkor Island.

“We thought of dropping by Ipoh to eat some of the good food here before going back to Kuala Lumpur,” he said.

“There are a lot of people almost everywhere in town though.

“Some restaurants have long queues and we decided to go elsewhere because we did not feel like waiting,” he said.