Dicing with danger: There are safety concerns for motorists and pedestrians using the one-way loop in Petaling Jaya.

PETALING Jaya’s one-way loop is meant to ease traffic but the high number of accidents reported there is a growing concern.

Three years into the makeover of the city’s busiest arterial roadway, more than 1,450 accidents along the loop have been reported at the Petaling Jaya police headquarters.

Petaling Jaya OCPD Assistant Commissioner Mohd Zani Che Din said based on police reports lodged in 2015, there were 479 collisions reported along the loop and the number rose to 548 last year. Motorists beating the traffic lights in Jalan Timur in front of the Tenaga Nasional Bhd building. — AZHAR MAHFOF/ The Star

“From January to November this year, our traffic division received 431 reports on accidents, which is an average of 40 cases a month.

“Our records also show that in 2015, there were three deaths, including that of a pedestrian,” he said.

ACP Mohd Zani said most of the accidents were the result of unfamiliarity with roads, speeding, sudden switching of lanes and use of mobile phones while driving. 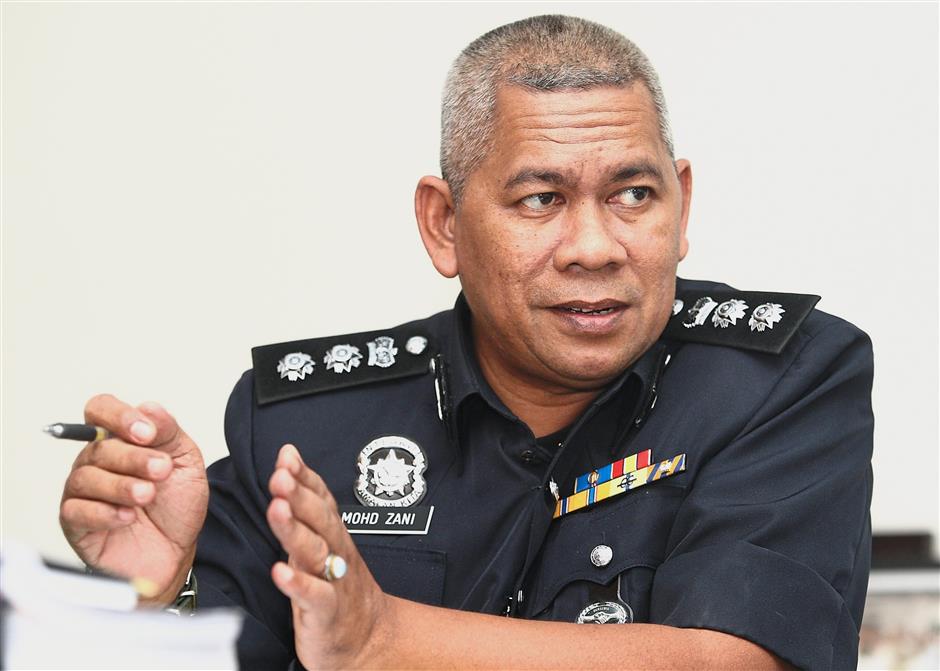 ACP Mohd Zani says there is an average of 40 accidents a month along the loop.

“Most of the accidents that involved rear-end or side-swipe collisions happened in Jalan Utara, Jalan Timur, Jalan Sultan and Jalan Barat.

“Out of the four locations, the highest number of accidents took place in Jalan Utara – 547 cases in two years.

“In 2016, there were two accident cases there involving motorbikes, in which the victims sustained serious injuries,” he said.

Given the high number of accidents in Jalan Utara, the Petaling Jaya police advised Petaling Jaya City Council (MBPJ) to install a traffic light at the end of Jalan Barat to control vehicle movement onto Jalan Utara last year. To-date, it is yet to be installed. The ‘free flow’ traffic along roads with no traffic lights results in motorists speeding along the loop.

“Based on our observation, there are sections of the loop that need road dividers, concrete islands or ghost islands.

“We have also noted a number of public complaints where people beat the traffic lights in front of Tenaga Nasional Bhd building, exiting Jalan Yong Shook Lin into Jalan Selangor at high speeds and weaving of vehicles in Jalan Timur and Jalan Sultan,” he said.

Section 9 and 10 residents have asked MBPJ to place rumble strips in Jalan Yong Shook Lin and Jalan Selangor to force vehicles to slow down or to have ghost islands painted in red there and lined with LED lights to make it visible at night. 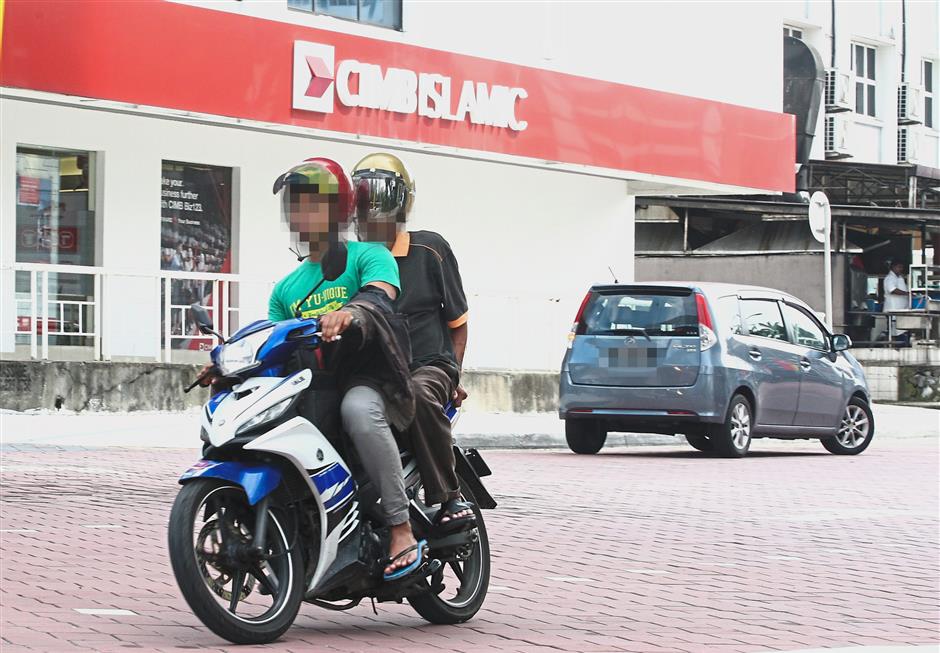 A motorcyclist riding against the traffic along Jalan Yong Shook Lin to gain access to Jalan Barat, without having to use Bulatan Sultan.

ACP Mohd Din said some drivers suffer from a “fast and furious” mentality especially since there were no traffic lights, which result in motorists speeding in free flow traffic.

“Speed may not always cause crashes but most times, it determines the severity of a crash.

“Driving over the speed limit increases the chances of an accident occurring, shortens the time a person has to react to avoid a crash, increases stopping distance and further adds to the severity of injuries in the event of a collision,” he said, adding that motorists were driving between 60 to 70km/h along the loop.

“We would like to suggest to MBPJ Engineering Department’s Traffic Division to reduce the speed limit to 40km/h for the safety and quality of life of all road users. 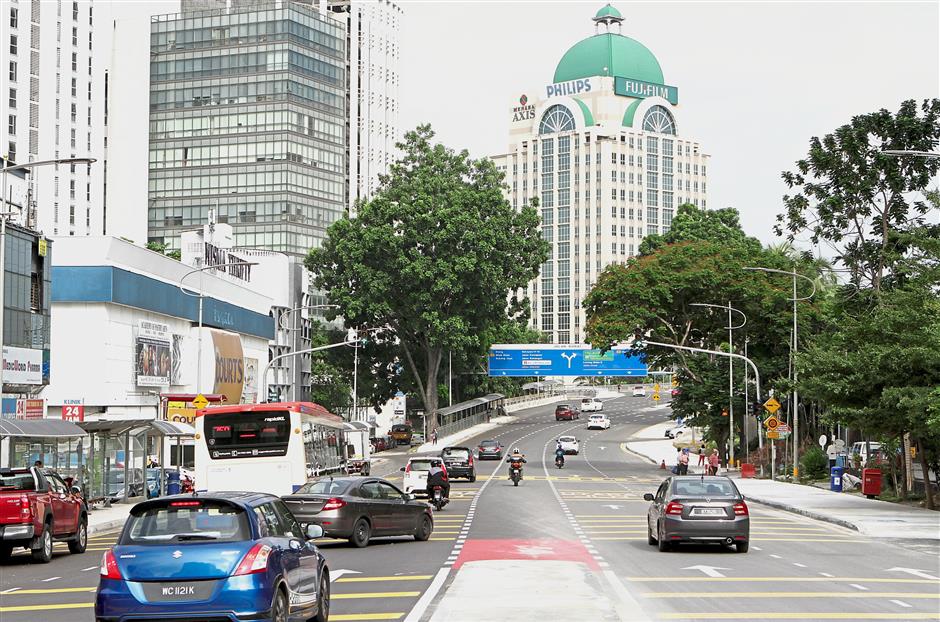 The police are suggesting that the speed limit along the loop be reduced to 40km/h for safety reasons. — filepic

Another issue, ACP Mohd Din said, was motorists who go against traffic along Jalan Yong Shook Lin to get to the other side of Jalan Barat, to avoid Bulatan Sultan.

“We know there are sections of the loop that are dangerous, based on the repeated accidents at the same area.

“This calls for a rigorous accident-investigation analysis. What are the contributing factors? There must be a cause,” he said.

Another suggestion ACP Mohd Din had for MBPJ was to upgrade the existing pedestrian bridge in Jalan Sultan and Jalan Selangor to make it more accessible and safer for the elderly and the disabled. 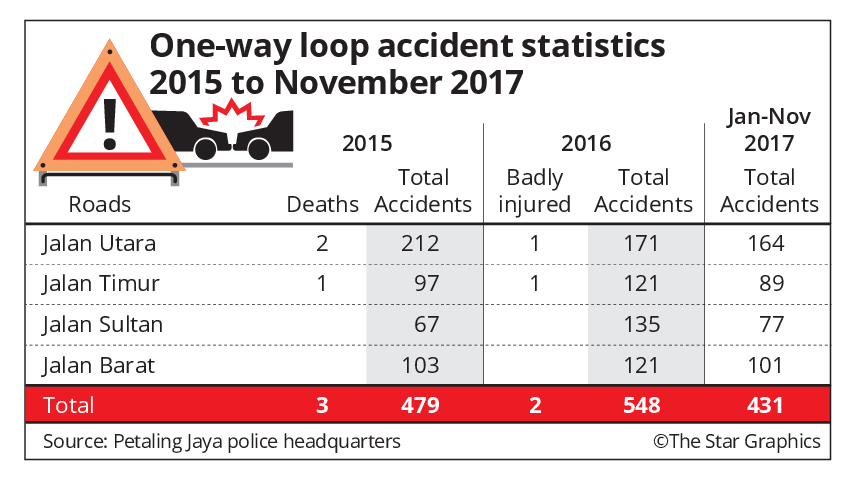 “Installation of escalators and lifts will promote the use of the bridge, which now only has steep stairs, and reduce non-compliance of traffic rules by pedestrians.

“It would be good if MBPJ could consider an escalator pedestrian bridge from Taman Jaya exit at Jalan Timur to the Taman Jaya LRT station.

“It should have exit escalators leading to Amcorp Mall too,” he said.