Citing the country’s recent gross domestic product (GDP) growth, he said it was 6.2% for the third quarter (June to Sept) this year compared to 4.3% in the same quarter last year.

He said Malaysia’s recorded growth of 5.8% in Q2 and 5.6% in Q1 this year also exceeded the forecasted growth, a development which has inspired confidence among other countries.

“One of the reasons for the success was due to the Prime Minister who pushed for the development of a more efficient public transport system.

“This was the catalyst for the nation’s economic growth,” he said at the Jerai MCA division dinner at SJK (C) Choong Hwa in Gurun, Kedah, recently. Liow making a point during his speech at the dinner.

He said that during the Hari Raya Puasa rush in June, KTM was able to provide 27 trips from Kuala Lumpur up to Padang Besar from the prior twice a day.

“We will buy more train coaches in the future so that more can board them to commute to Kuala Lumpur,” he said.

Nevertheless, he said the achievement did not stop the Opposition from throwing allegations, even claiming that Malaysia was heading towards bankruptcy.

“Are we bankrupt? Our economy is getting better and Malaysians are becoming more progressive as we speak.

“The Opposition stirs up a lot of issues in order to shake the confidence of the people in the Government.

“They want to cause dissatisfaction and draw votes to them,” he said. 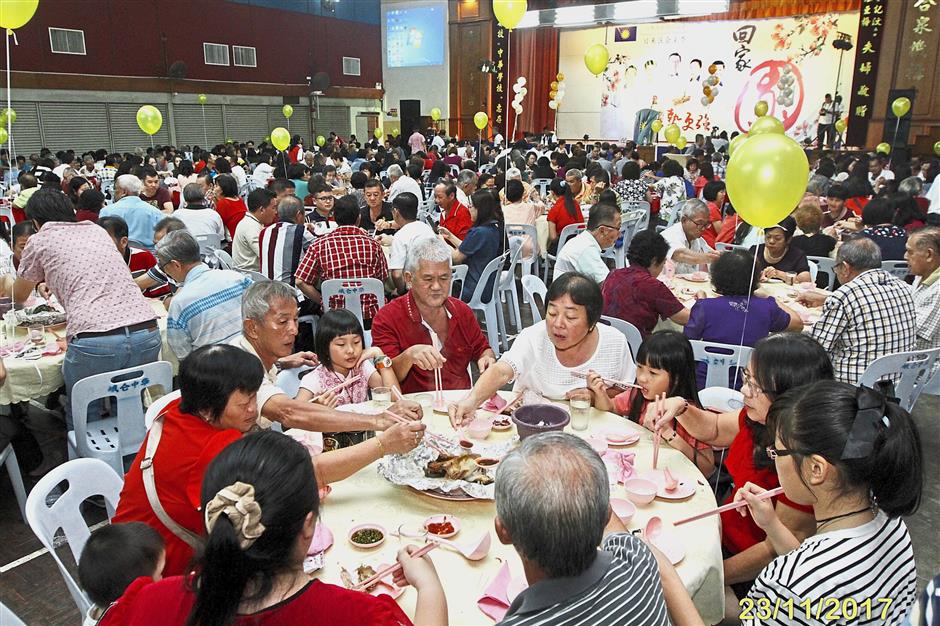 The crowd enjoying their food at the Jerai MCA division dinner.

He stressed that the achievements enjoyed today should not be viewed as a matter of course as they were not easily obtained.

“For 68 years, every step taken by MCA was aimed at building a strong basis for the country and the next generation,” he said.

MCA coordinator for Gurun constituency Datuk Boey Chin Gan said in his speech that the most precious asset of a party was its members and there was a need to remain united.

“We do not forget those members who have been with us for more than 50 years and we want to express our appreciation to them.

“It is because we have these old ‘roots’ in the party that we can grow steadily without forgetting of course (the contributions of) the young,” he said.

Liow and Boey, accompanied by other leaders, awarded 11 old members of the division, who had been with the party for more than 50 years, with a certificate each.