CARMEL Kang is the kind of person who says hi to any animal he comes across. It can be a bumblebee or a turtle or a dog.

The 33-year-old Kedahan is an animal lover who works as a professional pet groomer.

Kang’s love affair with animals, particularly dogs, started when he was only seven years old.

“For some reason dogs would just come up to me with their tails wagging and literally beg to be petted.

“And as a young boy, I also found myself drawn towards all kinds of animals,” he said.

“It really did not matter if it was a rottweiler or a kitten, we were like kindred spirits meeting after being apart for a long time,” Kang added.

However, it was only after undergoing training at a professional pet grooming school in 2012 did Kang realise his true calling.

“It was only at the academy that I realised that this (pet grooming) was what I wanted to do for a living.

“The joy that comes with caring, bathing, grooming and just being with animals is a very fulfilling task that is also in some ways relaxing and calming,” he said. 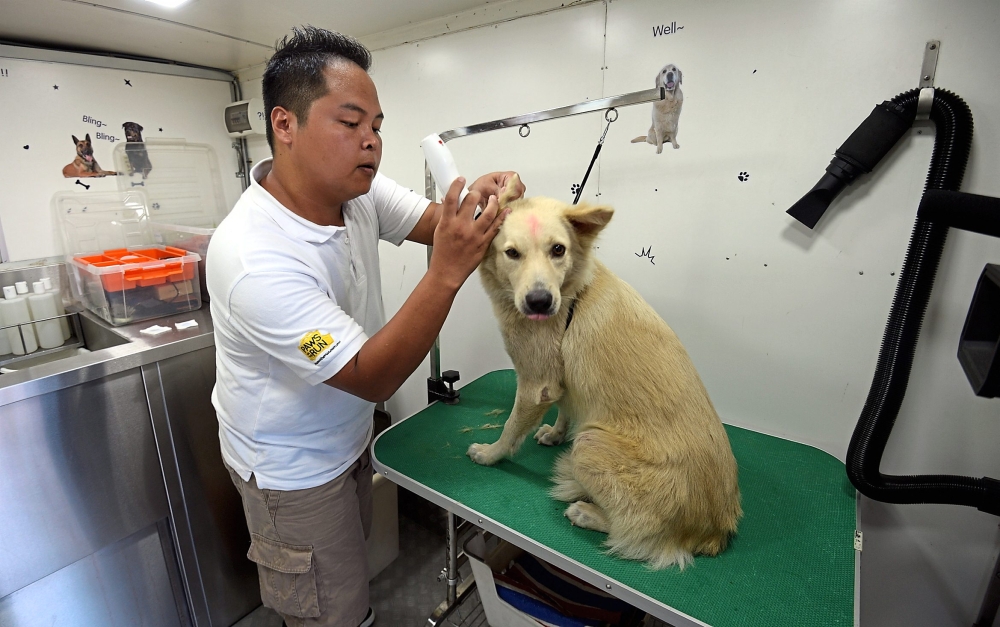 It was in the academy that he was presented with a dog by his teacher – a disabled poodle puppy.

“My teacher wanted me to take care of a disabled puppy because he wanted me to challenge myself into caring for animals that needed extra TLC (tender loving care), but to be honest, it was Milky who took care of me,” Kang said, referring to the pooch he adopted.

“It is true when people say that being with dogs reduces stress and prevents loneliness; dogs are definitely man’s best friend and they make me very happy. I learnt this from Milky who is now seven years old.”

But he was unhappy with the way things were done in some of the places he previously worked.

“Stories about pets being manhandled and abused during grooming are true and happen quite a lot, especially when pet shops hire untrained personnel to do the job.

“I have seen people with no proper training in pet grooming hired to bathe the dogs and they use excessive force. It’s just heartbreaking.”

Kang added that dogs were kept in cramped cages for hours in some places as they waited their turn to be groomed. 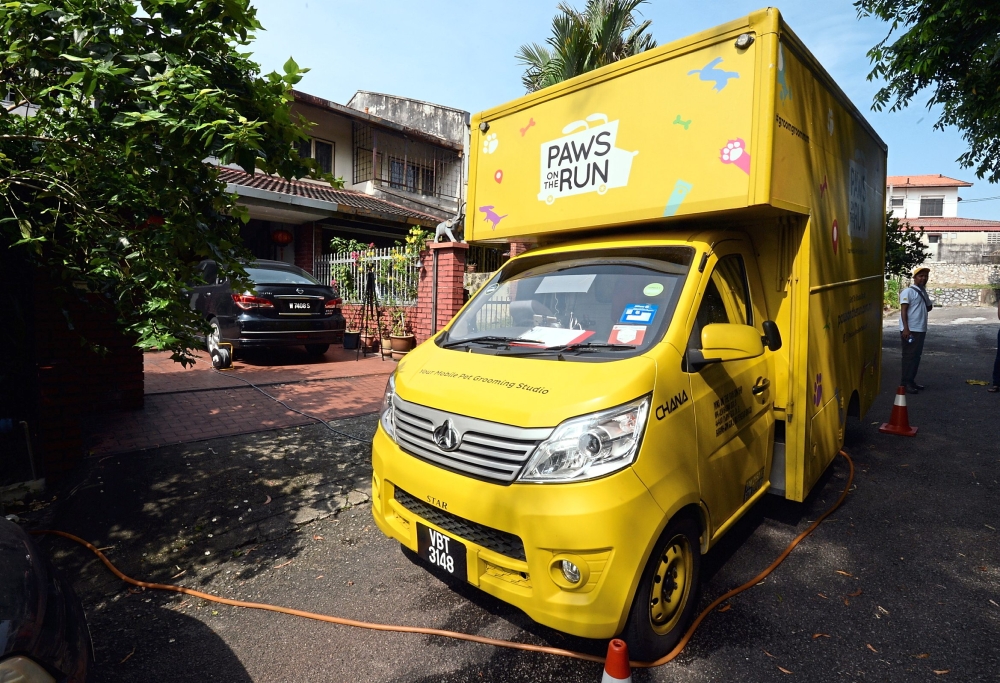 “The owners went about their daily routine thinking their pets are in good hands.’’

He said some pet shops did not turn away customers because they were profit-oriented.

“When you are dealing with a big number and quality suffers, you don’t get proper service and worse, the pooches are traumatised.

“Also, the chances of dogs infecting other dogs with fleas and other parasites through contact are high in an environment where the sole purpose is making a profit instead of maintaining hygiene,” he said.

Gentle as he is with animals, Kang has not been spared being bitten by dogs.

“Plenty of times,’’ he chuckled, displaying his “battle” scars on his arms.

“I had to get three stitches once. Some dogs are a little stressed with water and don’t like it. But you have to understand their behaviour and character and work with that.

“With these dogs I use a muzzle to prevent them from biting. It is the only time I will ever use it on a dog though,” he said.

“That’s another story and it is undoubtedly the most challenging animal to work with,’’ he said.

Which is why Kang decided to work for Paws On The Run, a mobile pet grooming studio based in Cyberjaya. He joined the company last August.

Paws On The Run is a relatively new service that brings groomers to pets.

“The van is equipped with air-cond, blower, sink, hairdryer – basically everything your pet needs during grooming.

The van is also equipped with CCTV if a customer wants to monitor their fur-kid being groomed remotely. They would need to download the YI Home app and register an account for the feature.