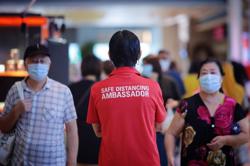 Tourists taking photos of a 3D mural along a backlane that was beautified as part of DBKLs Laneways Project in Bukit Bintang.

THE efforts to transform once dirty, dingy and smelly alleyways in the Jalan Alor vicinity have had a positive impact on the local community in Bukit Bintang, Kuala Lumpur.

Seven backlanes and sidelanes in the Jalan Alor area were identified by Kuala Lumpur City Hall (DBKL) to undergo a beautification and upgrading exercise under its Laneways Project.

Take, for example, the alleyway outside The Yard Boutique Hotel, near Jalan Rembia.

Residents, pedestrians and tourists walking past the hotel would be greeted by a bright yellow mural depicting trees, birds and cats.

The space is also dotted with plants hung in pots or placed in planter boxes to recreate the feel of a backyard.

DBKL Project Implementation and Building Maintenance Department architect Natasha Azim Hussin said the project has had spillover benefits, with the local community near the hotel choosing to embrace the space and even using it as a platform to share their hobbies.

“One resident, Madam Chin, likes gardening and treats the space like her own backyard,” said Natasha, who is coordinating the project.

“She contributed her own potted plants to make the place more green and takes care of all the plants there, both her own and DBKL’s.

“Meanwhile, the birdcages hung on the walls belong to Mr Saw, who runs a workshop nearby. He will hang the cages outside in the daytime, then keep the songbirds in his workshop at night.”

The beautification exercise has also made access to the hotel more cheery and welcoming.

“The business owners have witnessed how the project has spillover benefits to their businesses and properties,” said Natasha.

“There is now also a better relationship between DBKL and the business owners. It was my team’s responsibility to gain their trust and we did it in a respectful manner.

“The community, in turn, has inculcated a sense of ownership of the area where they live or work, and are welcoming when they meet us.”

The Laneways Project aims to beautify and enhance the image of backlanes and sidelanes, make alleyways more safe, bright and clean for pedestrians, and create an active space for the community.

Each alleyway also has its own theme to create a sense of belonging or to reflect its history, such as food, culture, environment and backyard.

The upgrading exercise has also had other benefits, such as turning the alleyways into tourist attractions, encouraging building owners to turn previously unoccupied units into businesses, changing land use from residential to commercial to create more work opportunities, and recording an increase in property value.

According to DBKL, the rejuvenation project was first initiated in 2015 with 20 areas in downtown Kuala Lumpur identified for beautification, such as Bukit Bintang and Petaling Street.

There are plans to include areas like Brickfields, Chow Kit and Titiwangsa in future.

“The programme is first and foremost a pedestrian network project to create safe passages for people to walk. The mural is just one element to it,” said Natasha.

“The community has become so excited about it that they’ve requested that the eighth site for the project – Taman Rembia – be turned into a designer hub or artist space, instead of the pocket park it was originally planned for.”

She credited the Laneways Project’s success to the community’s involvement and willingness to care for the upgraded alleyways as part of their own property.

As a casual observer and pedestrian walking through the beautified alleyways, it was refreshing to see the colourful passageways that made my journey less boring and dreary.

The walk itself was like an adventure to discover the identity and themes highlighted in each backlane and sidelane. 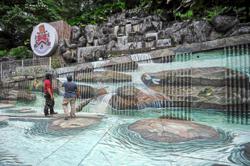 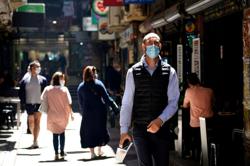