Once a getaway for estate dwellers, the town has come a long way since its tin-mining heyday.

Long ago, before the efficient highway connecting north and south of the peninsula with the modern rest-stops popped up along that highway, there was only the trunk road.

And travellers from Kuala Lumpur heading north and vice-versa would have to pass through Rawang.

Although it is only about 35km from the capital city, the town that started to gain attention during the tin-mining heyday was considered a remote place for many denizens of Kuala Lumpur. 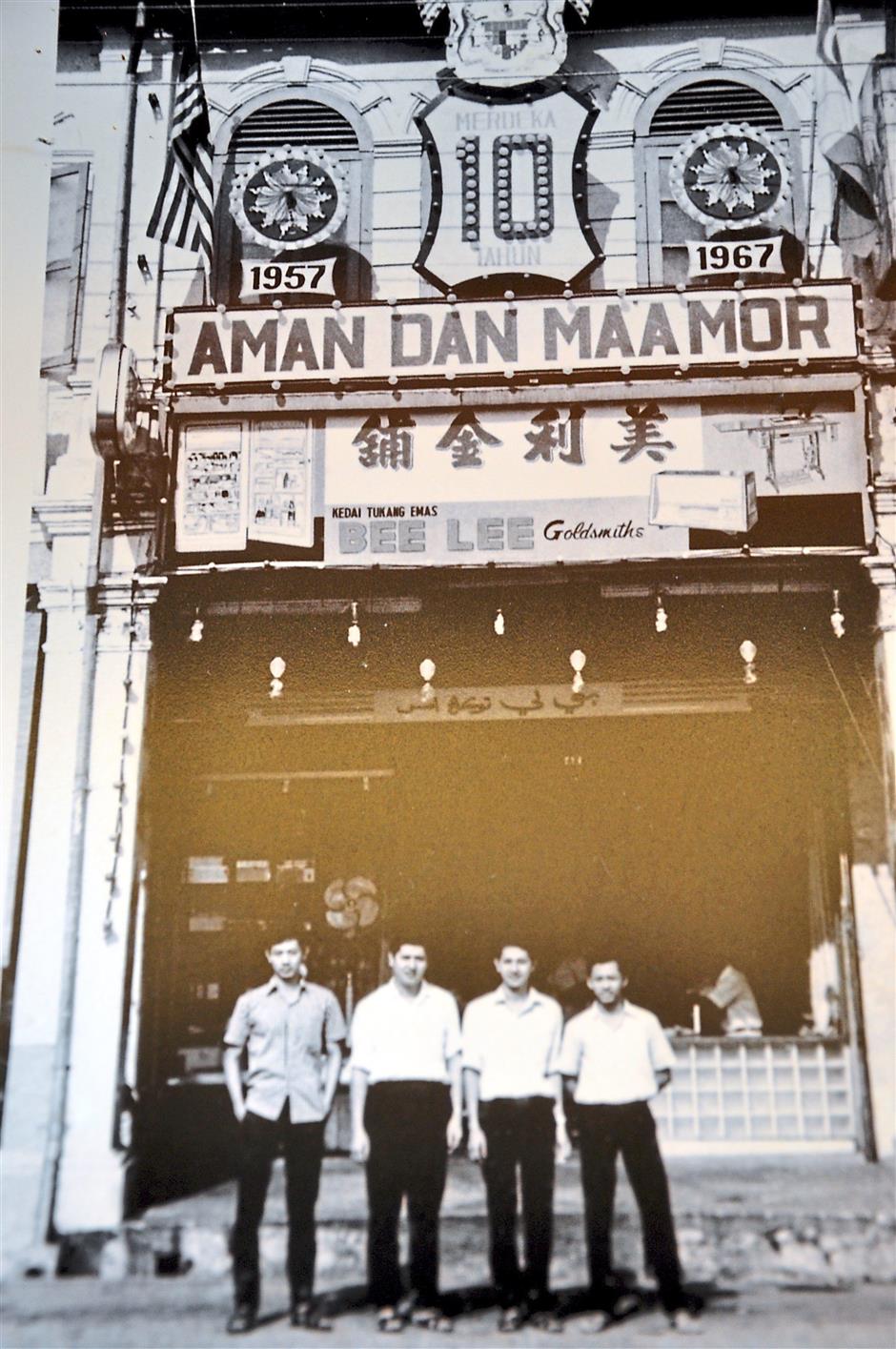 A photo taken during the 10th Merdeka celebration in front of Leong’s electrical shop.


“Rawang was very important to those estate residents, as it served as a place for them to buy daily necessities and shop for other things. They also came to town to find entertainment during the weekends.”

He said piped water to individual premises was still limited during those years and even the townies had to get their water supply for consumption from water pumps located in front of shophouses.

“Four shops would share one pump and while waiting for their buckets and pails to fill up with water, residents would share stories and news.

Another native resident, Kevin Leong, who runs an electrical shop in Jalan Welman which he inherited from his father, said there were only two rows of shophouses in Rawang when he was a child.

“There was one row each in Jalan Welman and Jalan Maxwell. The shops were mostly grocery and goldsmith shops. 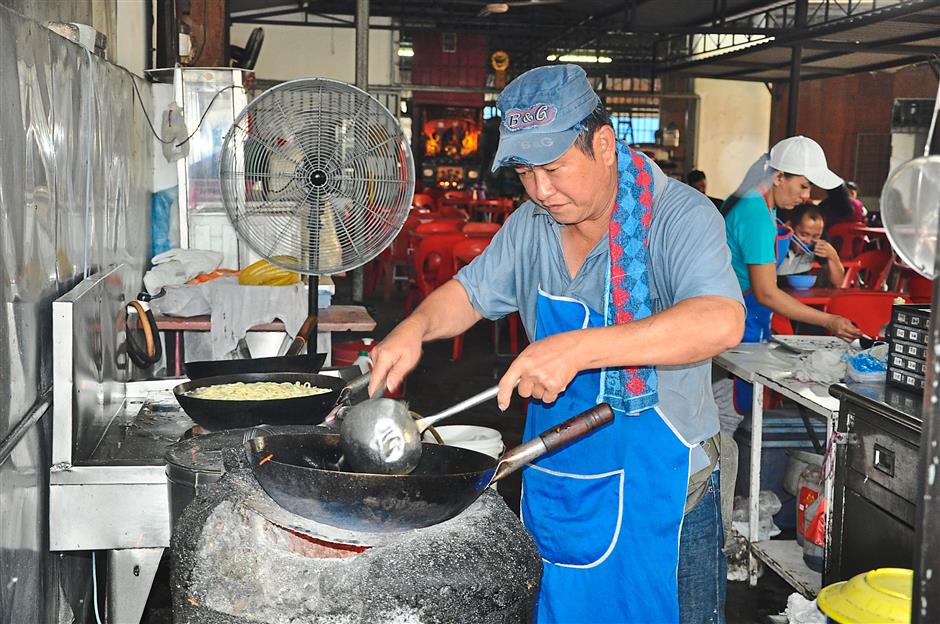 
“My friends and I would play football on the road in front of those shophouses because there were very few motor vehicles back then as the main mode of transportation was bicycles. Everyone knew everybody else.

“There were also two small cinemas here so people from the surrounding estates and villages would come into town to watch movies,” said Leong.

To the old-timers, two tycoons were important in Rawang’s history – Loke Yew and K. Thamboosamy Pillay – who were said to be the first to install electric generator pumps to operate their mines in the town.

It had also been claimed that the Rawang railway station was the first station in Malaya to have electricity supply.

These days, most travellers prefer to use the North-South Expressway and bypass Rawang. If one is looking for a day excursion or some bit of nostalgia, however, there are a few attractions to be found.

The Sri Veerakathy Vinayagar Temple, is one of them.

Subramaniam said the temple was built in 1943 but he believes that its history predated that.

“The temple was constructed through the efforts of the surrounding estate workers, who contributed 10 cents each month from their salaries,” he added.

Residents are also particularly proud that the temple organised the largest ponggal event in Malaysia back in the early 2000.

Another beauty in town is the Sze Yeah Kong Temple located in Lorong Tokong Cina, off Jalan Maxwell.

Rawang resident Lai Yoon Yin, 75, said that although the concrete beam at the entrance bore the year 1964, the temple’s origins could be traced back to 116 years ago.

“It was built during the tin-mining industry boom, as workers believe the deities at the temple ensured their well-being.

“There were stage performances and money would be collected for the building fund,” said Lai.

The performances, held in conjunction with Chinese festivals, continue to this day at a permanent stage built across from the temple. 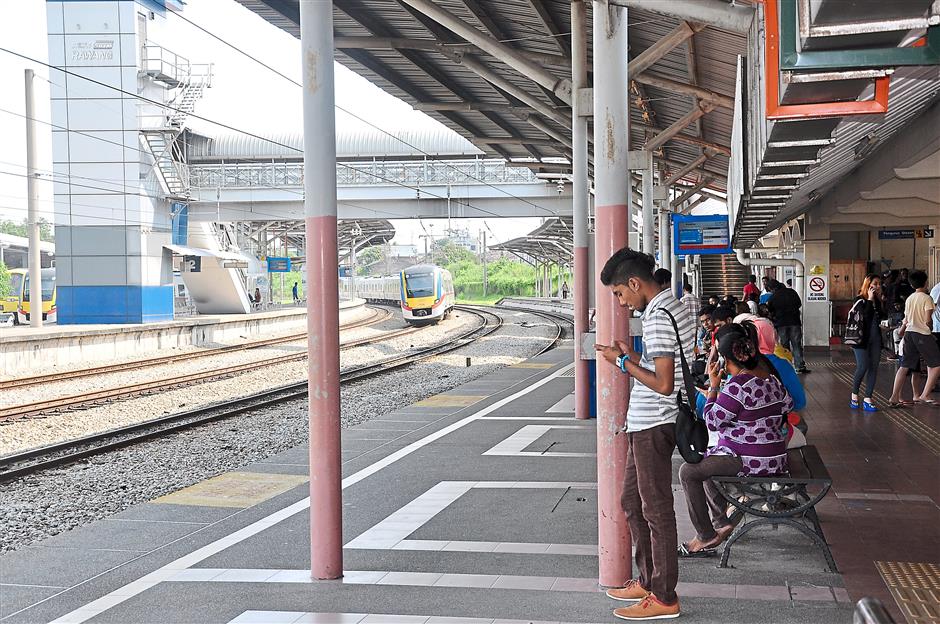 The first railway station to have electric supply to power their lamps and fans.


A tour of Rawang will not be complete without visiting the many restaurants and hawker stalls all over town, some of which have kept to traditions.

For example, Chan Kim Hong, whose stall is in Jalan Silang, still cooks his Hokkien mee and Cantonese fried noodles on a charcoal stove.

He said the taste was better.

“A gas stove just isn’t capable of providing that smoky flavour to the food,” he pointed out.

But undeniably, numerous things have changed. 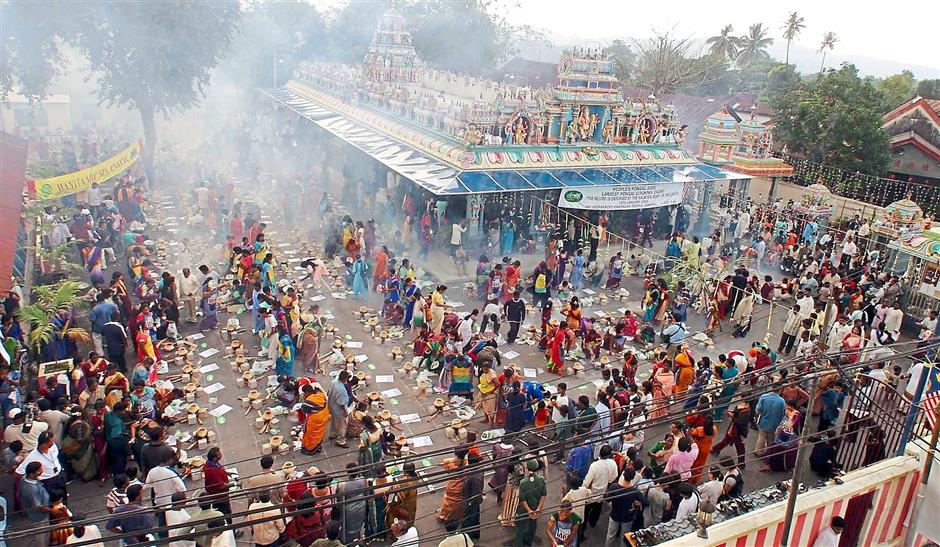 A ponggal cooking event at the Sri Veerakathy Vinayagar.


Now, instead of estate workers and villagers, the town will be crowded on weekends with foreign workers from Bangladesh, Nepal and Myanmar who work in the factories that dot Rawang.

Consequently, many shops have sprouted selling goods and things from those countries to cater to the foreigners.

Although it’s true there are more foreign faces on the streets and the commercial centre as well as main roads may have gotten a tad more congested, Rawang town still offers a comforting familiarity to former residents and frequent travellers who used to pass through the town along the old trunk road. 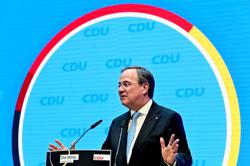 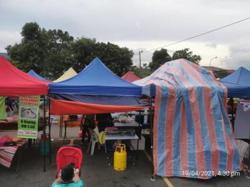