CONCORDE Hotel Kuala Lumpur has once again been crowned champion in the Durian category this time under The Star Mooncake Awards 2019, defending the title won in the award’s last edition.

“The Snow Skin with Musang King Durian has been our signature mooncake and bestseller since introduced in 2012, ” said Concorde Hotel assistant food and beverage manager Janet Leong. 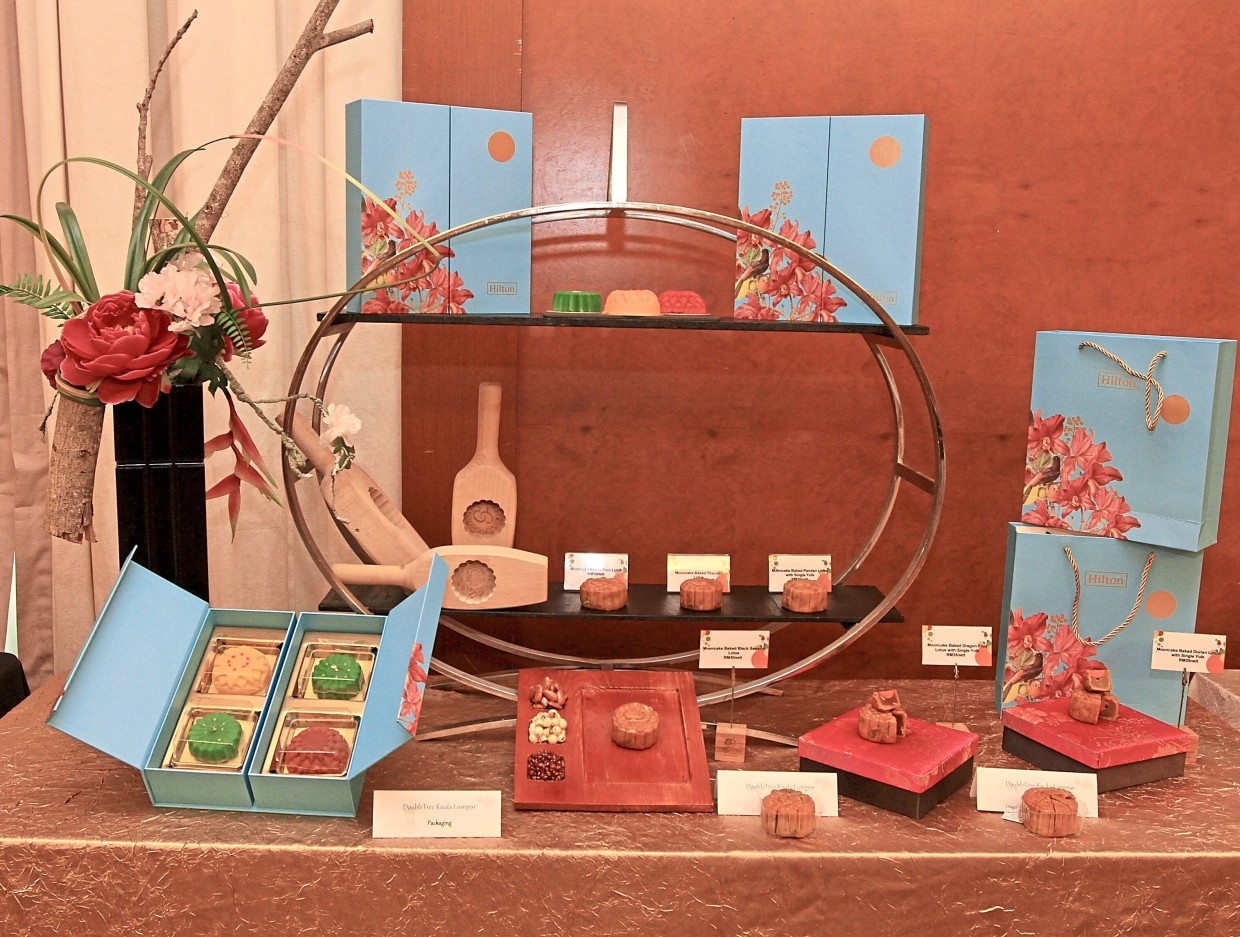 Doubletree by Hilton wins second place in the Best Presentation category with its eye-catching decor.

“Guests and restaurant regulars who are familiar with its taste never fail to drop by to make purchases each year.

“First-timers trying our mooncakes are surprised by the thinness of the skin and the generous amount of durian flesh within, ” she said.

Leong said the hotel ordered 600kg of Musang King durian from Raub this year, and its culinary team produced 400 to 500 pieces of the halal speciality every day. 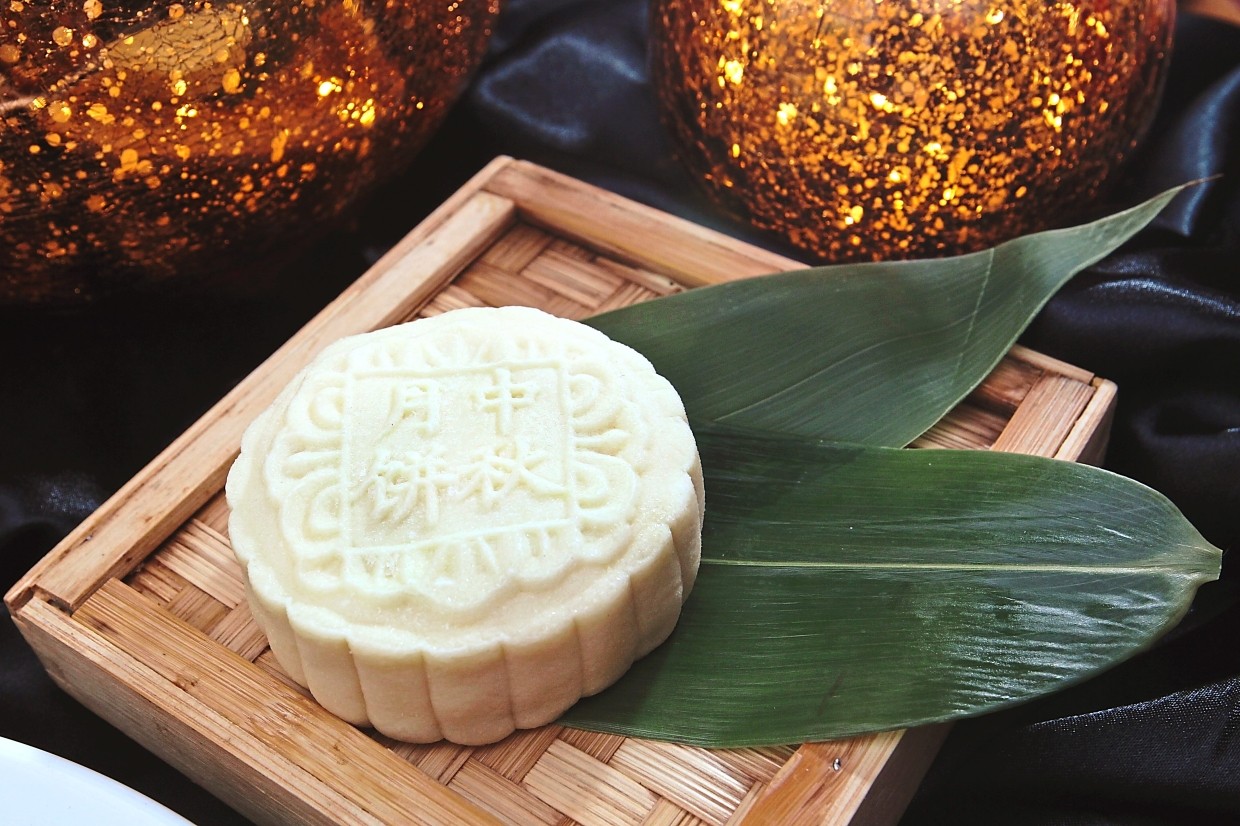 The Star Mooncake Awards 2019 made its much-anticipated return this year.

The event saw some of the top hotels and restaurants in the Klang Valley submitting their best mooncake creations to be judged at Menara Star, Petaling Jaya.

The judging was based on a combination of votes by The Star’s Metro and Food Vertical teams as well as assessment by a panel of external judges. 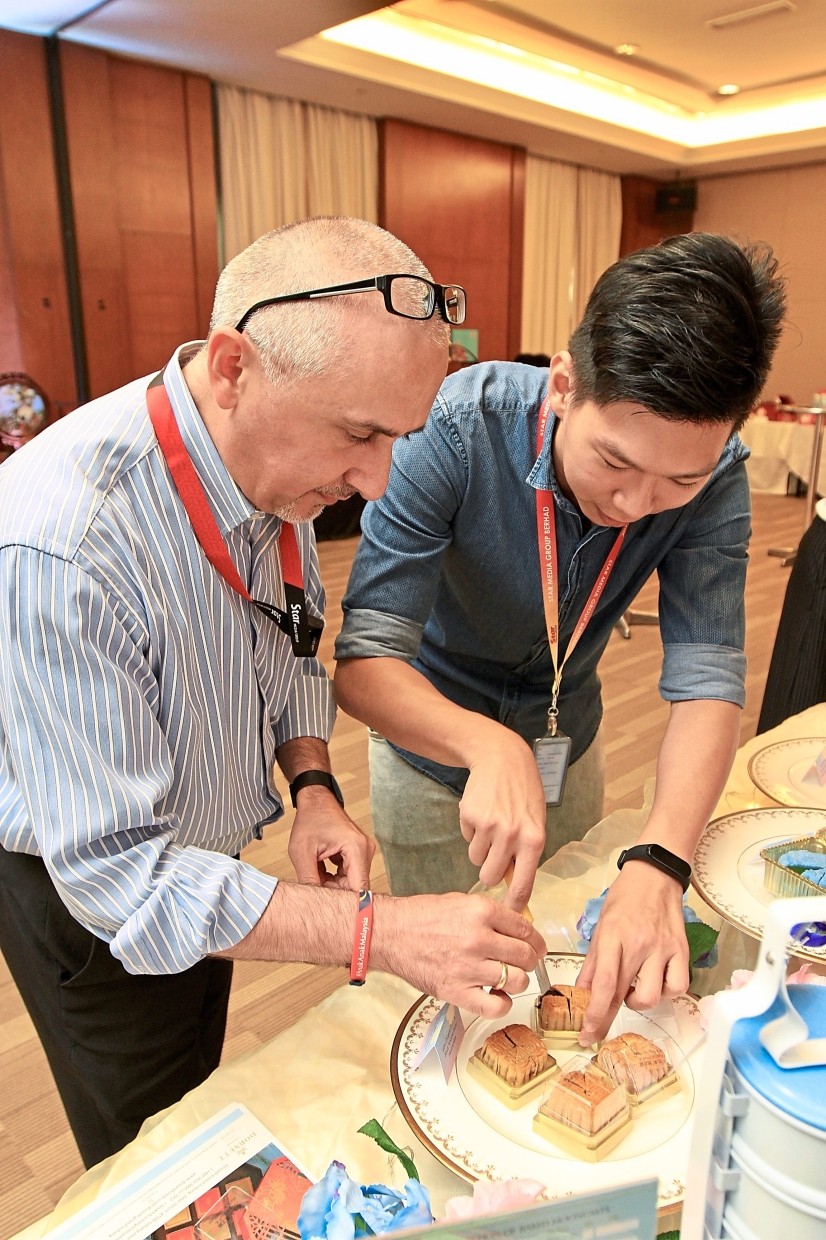 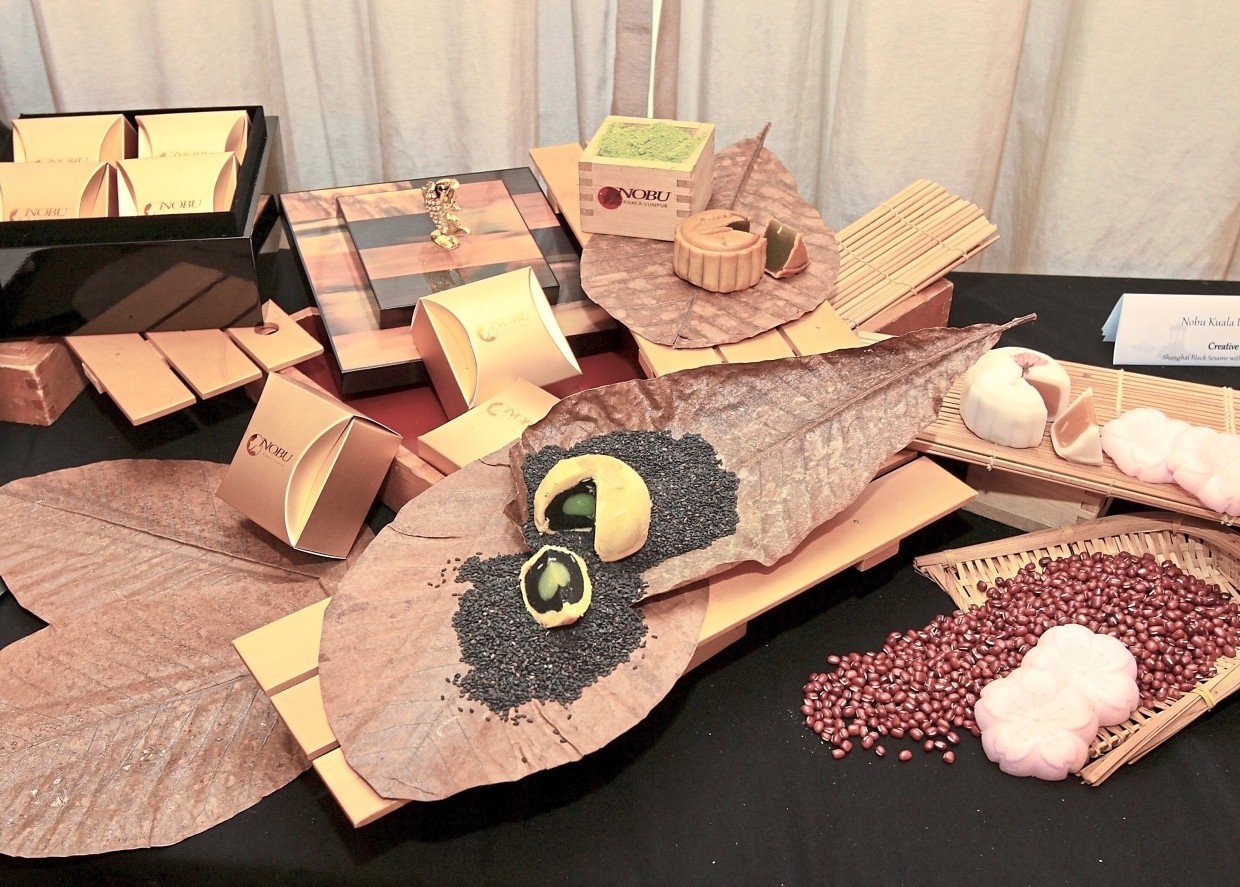 Esther, who initiated the awards in 2008, said the number of participants had increased over the years with 26 this year.

“Pastry chefs have been getting creative in combining flavours. It was tough for judges to decide on the winners as many have upped their game by improving on taste as well as offering innovative mooncake flavours, ” she said.

A new Best Presentation category was added, in recognition of efforts made by several properties to decorate their tables.

For the Traditional Baked category, Yu, one of the restaurants under the Oriental Group, came out tops with its Shanghai Mooncake.

Instead of the conventional baked version, the Shanghai Mooncake featured a buttery and crumbly pastry-like crust with white lotus paste and single egg-yolk filling.

“It’s not common to see the Shanghai Mooncake and Teochew Mooncake anymore, so it was nice to have them here, ” said Eu, referring to the other traditional mooncake submitted by Ruyi restaurant.

“They both had generous white lotus and yam filling respectively. Though different pastry crusts, both were buttery.”

Yong, who liked the Superb Mix Nut said, “The mooncake’s slightly savoury taste made it unusual.

“This is not an easy filling to do as it can be very dry if not done right, so this mooncake was very well done.”

The category referred to the chilled ping pei mooncakes. 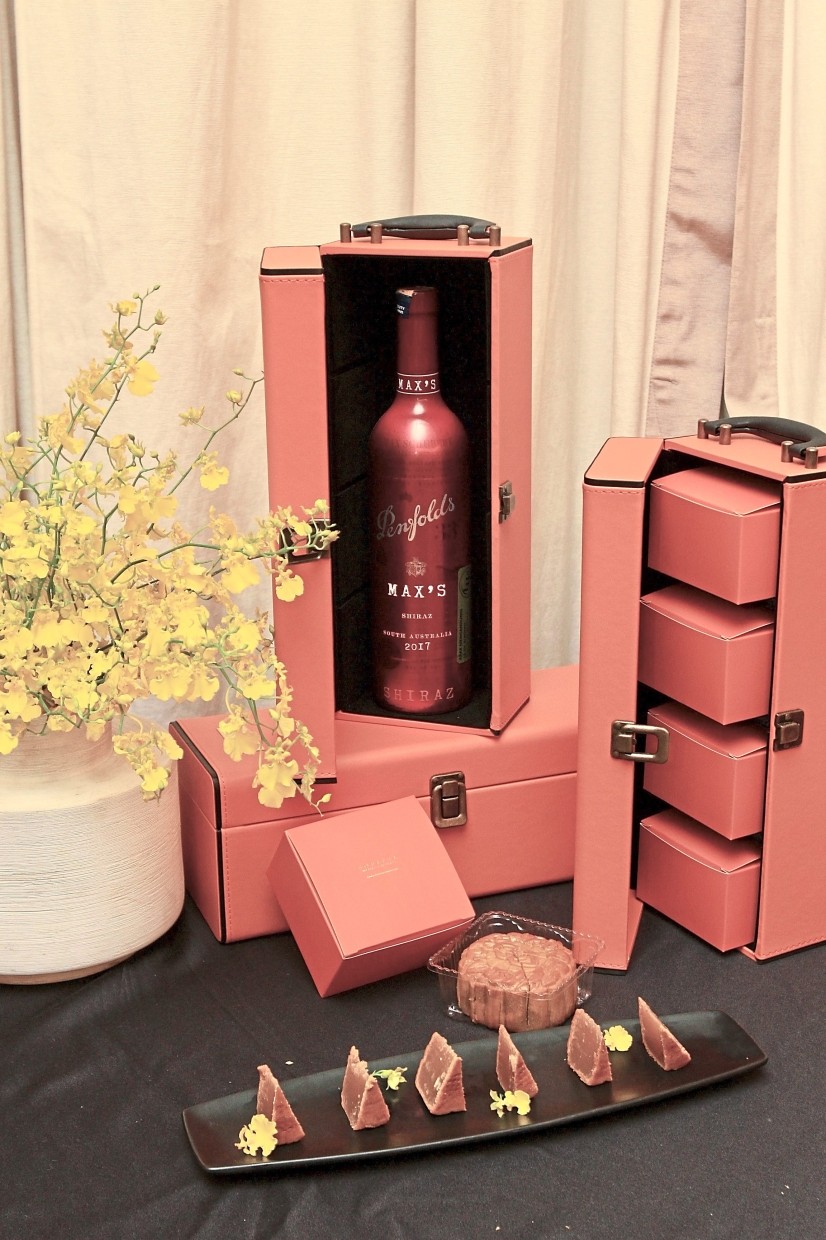 Sofitel’s elegant tall boxes that can be turned into wine cases comes in third in the Best Packaging category.

Many entries featured a rainbow of colours and an even wider range of fillings.

“The challenge is to strike a good balance for ingredient combinations, knowing what works and what doesn’t, ” said Eu.

The Creative category referred to mooncakes that neither fell under the traditional nor snow skin category, comprising unique and not commonly seen ingredients such as chocolate or cheese. 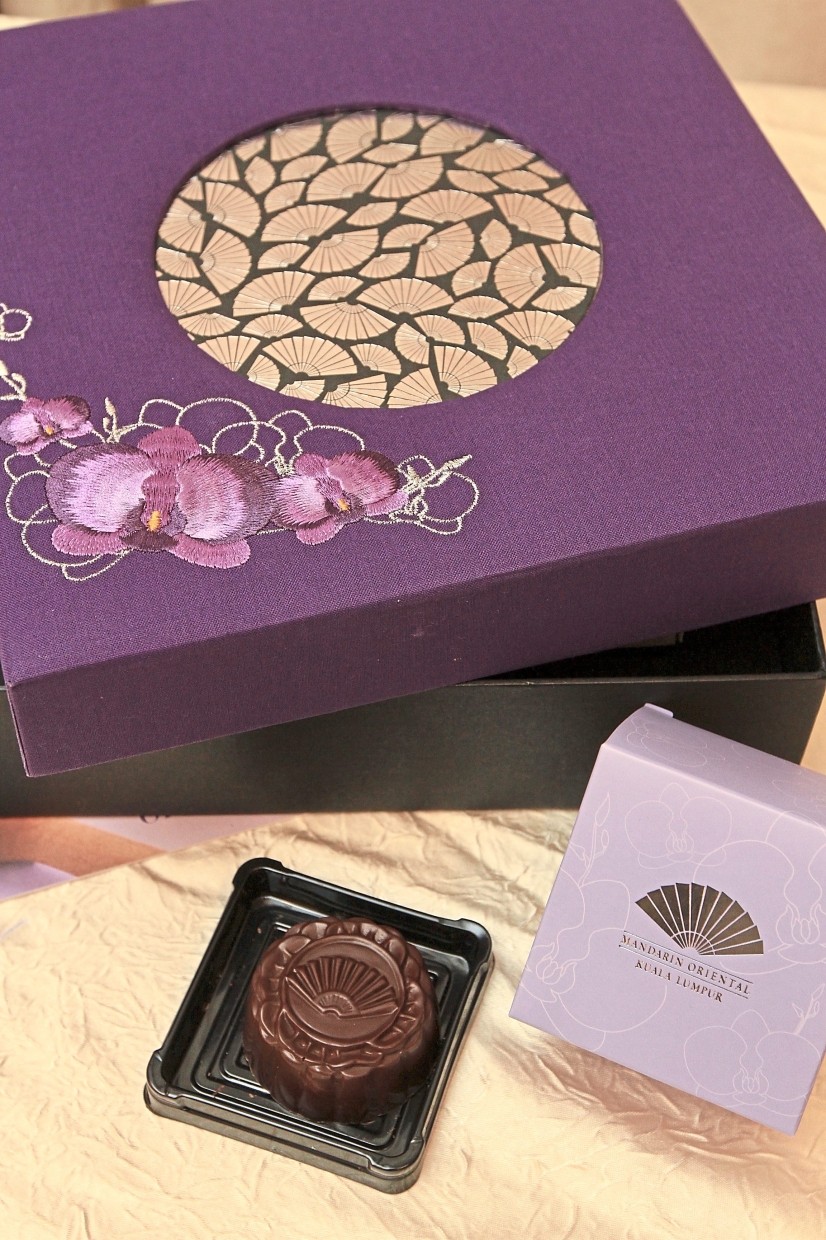 Mandarin Oriental won the hearts of many with its Malaysian Single Origin Dark Chocolate with praline feuilletine, chocolate brownie and dark chocolate cream.

The hotel won the same category with a different chocolate creation previously.

Le Meridien Kuala Lumpur, a newcomer to the mooncake scene this year, came in second with its Illy Coffee Snow Skin Mooncake with Pumpkin Seeds. 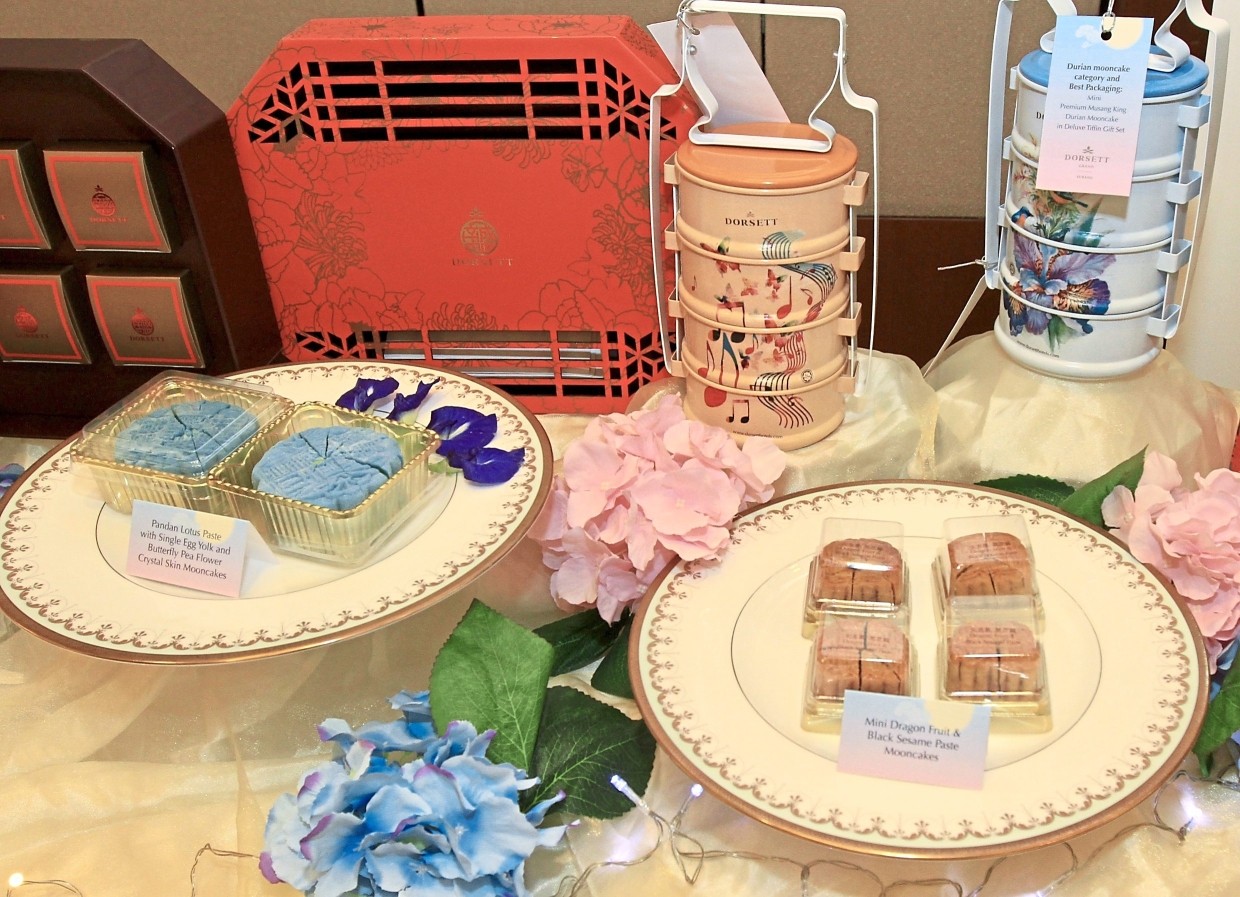 “There was an interesting balance of flavours. I liked the newer creations as they are less sweet compared to what I am used to, ” said Abirami.

“The chocolate in Mandarin Oriental’s mooncake was tempered well with slight bitterness of dark chocolate, while Le Meridien’s creation had a nice coffee flavour.”

Tan, who likes trying new flavours, said she had a great time sampling the snow skin and creative mooncakes.“It was nice that Eastin’s Crystal Pineapple mooncake incorporated local produce such as pineapple, ” she said. 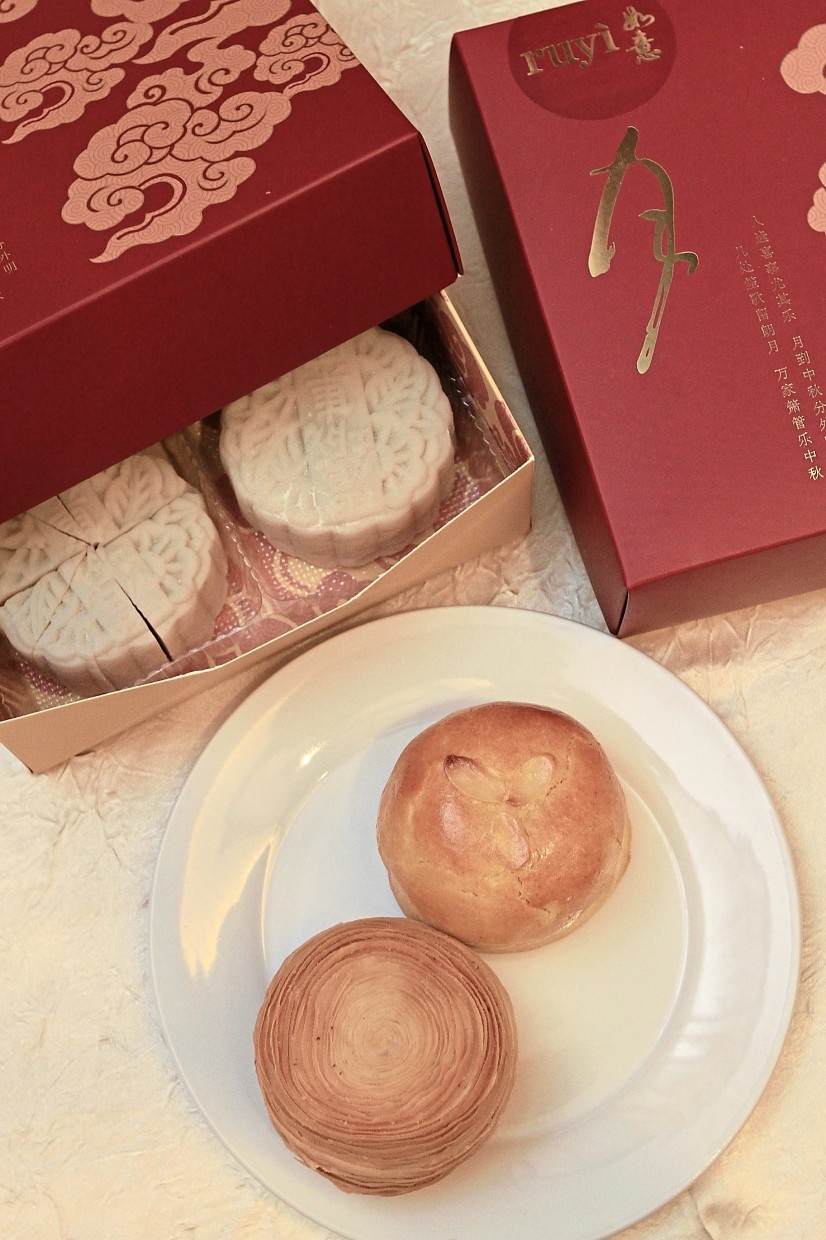 “The pairing went well despite pumpkin being an unconventional mooncake ingredient. There was a nice contrast of sweet and bitter flavours, ” said Lau.

The mooncake boxes also received lots of attention, as many hotels came up with creative ideas to create multipurpose packaging.

The crown went to Dorsett Grand Subang for its practical and pretty tiffin carrier.

The St Regis Kuala Lumpur’s Mooncake Trunk (including a limited edition piece studded with Swarovski crystals) which doubled as a jewellery box placed second, while Sofitel’s elegant orange wine case took the third spot.Other notable mentions were Concorde Hotel’s glass light globe that was inspired by the concept of the Mid-Autumn Festival, Hilton Kuala Lumpur’s hibiscus print box that could be converted into a crossbody bag and The Westin Kuala Lumpur’s Bluetooth speaker light box that was functional as a decorative light and music player. Some of the packaging were created by local designers. 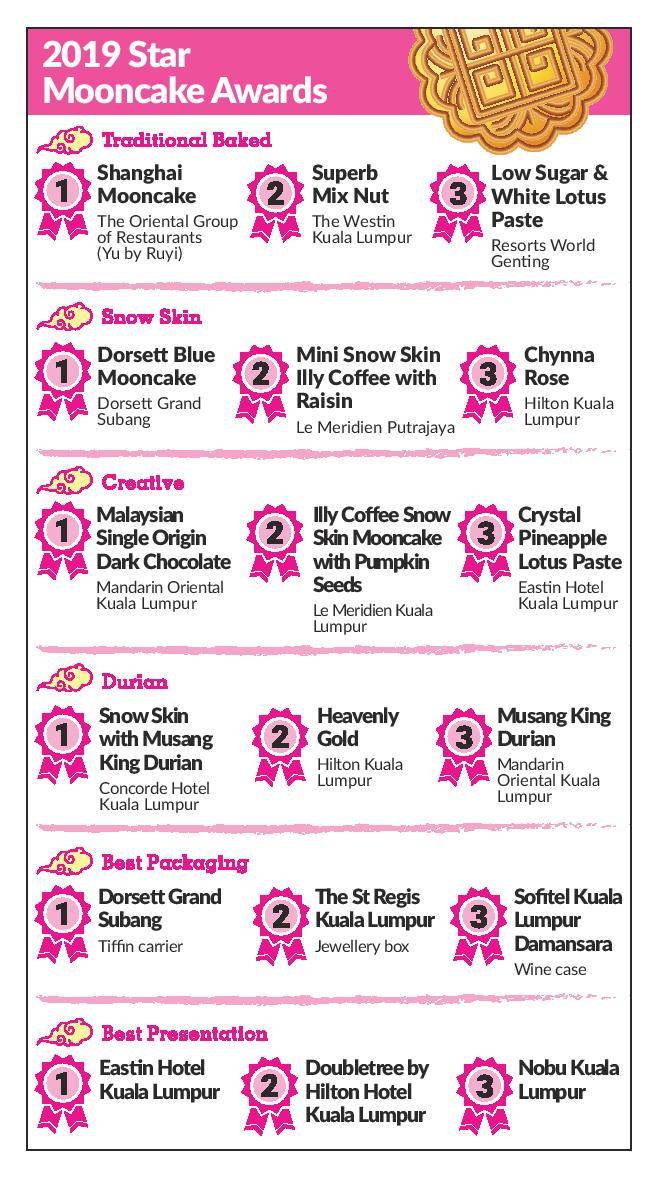 Second place went to DoubleTree by Hilton Hotel Kuala Lumpur for its modern presentation showcased on a tiered food stand, while Nobu took third place with its elegant Japanese-themed decorations.

All the mooncakes are available for sale at the respective hotels and restaurants, as well as selected malls.