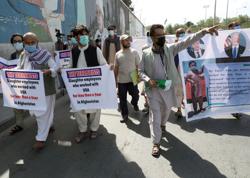 Sarawak Tourism, Arts, Culture, Youth and Sports Minister Datuk Abdul Karim Rahman Hamzah said a walkway would be constructed to connect the fort with the up-and-coming Golden Bridge project linking the Kuching Waterfront and the nearby State Legislative Assembly complex.

A staircase will be built from Fort Margherita going downhill to connect with the walkway, which will also lead to nearby villages in Boyan and Gersik.

Fort Margherita was the top 15 tourist attractions in the state but the numbers declined over the years.

However, The Brooke Gallery, which was set up inside the fort, has attracted 21,000 visitors from 66 countries since its opening last September.

“It is great to see this historic building brought back to life with the opening of The Brooke Gallery. With better accessibility, we hope this historical site will continue to draw visitors,” he said at the “Special Ngabang Raya meet and greet” with key tourism associations at the fort.

The event coincided with Fort Margherita’s 137th anniversary celebration and establishment of The Brooke Gallery.

Abdul Karim said the state, looking to improve its air connectivity, was hoping to promote Fort Margherita as one of its top attractions.

Brooke Trust director Jason Brooke said the setting up of the gallery was also supported by the Sarawak Tourism Federation and state Museum Department. The event was organised to create widespread awareness of the tourism importance of historical heritage conservation and to discover the many facets of Fort Margherita.

Brooke added that the gallery had hosted foreign ambassadors and high commissioners as well as royal families. It had been the shoot location for various local dramas and movies, including a documentary on Sarawak by a French-German production house.

In February, The Brooke Gallery launched a special Museum education programme, where it organised a special Amazing HistoRace for secondary school students.

“Perhaps the gallery’s most recent success was witnessing a marriage proposal on the rooftop of Fort Margherita. Just as the gallery brought the couple together, we hope the exhibitions will bring the people together through the sharing of this special heritage,” Brooke said.