EVERY property owner dreams of finding good tenants who pay rent on time and take good care of the house. Some landlords are not so lucky and have to deal with tenants from “hell”.

The tenants may stop paying their rent and utility bills, cause damage to the property and -- worst of all – refuse to move out.

Salimah Ibrahim rented out her son’s apartment in Seri Kembangan to foreign students which resulted in a total loss of RM14,000. The sum includes unpaid rental, utility bills, damages to the property as well as household items.

What shocked Salimah even more was to find out that the unit was occupied by someone else and not the tenant who signed the tenancy agreement.

“The student stopped paying the rent after eight months. My calls to the tenant went unanswered.

“My husband and I visited the house and despite knocking on the door, nobody opened it. We broke the lock and found an unknown man in the house,” she said, adding that the man told them that the tenant had returned to his country.

The man hurriedly left the unit while Salimah and her husband were trying to comprehend the situation.

Salimah said the bedsheets which she provided were never washed and the house was in a deplorable condition.

“The tenant even used one of the curtains and turned it into a bedsheet. The fridge and almost every other furniture I provided in the house were either damaged or not in working condition. We had to spend a lot of money to repair the place,” she said.

Another houseowner Ong S.H said he owned a landed property with five rooms in Klang and rented it out to a family. His tenant refused to pay the rent but continued living there. He had to literally beg the tenant numerous times to leave. The tenant eventually left after four months without settling the house rent and the outstanding utility bills.

Ong then rented out his house to a couple, but they were equally problematic.

The tenant also took off without paying his rent and outstanding utility bills.

Being fed up with his bad experiences with irresponsible tenants, he decided to sell his property.

“It was exhausting to go after people to pay up the outstanding rental. My house was in a bad shape and I had to spend a lot of money to restore it. I gave up and sold the house. It was too much of stress and it was not worth the time and trouble,” he said.

She said it would be better to engage the services of property agents to look for a “good” tenant. “I would say personally be careful of who you allow to rent your property. Be selective. “Do interview the tenants and ask them questions such as how many people will be staying in the house, and if they have pets. Do not rush into the tenancy agreement.

“Sometimes they would have their relatives staying with them and that could also be a reason why they could not relocate quickly,” she said.

Dr Xavier said landlords could include in the tenancy agreement that they would like to view the units every six months.

“This will allow the landlord to check on the condition of the house and ensure that the property is not being sublet to a third party.

“In developed countries such as Australia, the landlord would visit the property with the property agent to inspect the units for damages.

“The landlord could decide to increase the security deposit depending on the condition of the house,” she said.

Under no circumstances should the owner offset the deposit against unpaid rental, Dr Xavier advised.

“There is no such thing as offsetting. Rental must be paid until the end. The security deposit will be returned only after the inspection of property by the landlord.

“Include that condition in the tenancy agreement and make sure it is spelt out to the tenant,” she said.

Lawyer Derek Fernandez said the rights of the landlord and tenants must be spelled out clearly in the tenancy agreement.

“You can even include in the agreement that when the tenant defaults in payment, you have the right to cancel the access card to the unit,” he said.

He advises landlords to do a background search such as bankruptcy check through reputable online database systems which provide such facilities.

“Even lawyers can help to do these checks.

“When there is a clear breach in the agreement, the landlord can take action for distress or file for vacant possession order,” he added.

A senior lawyer who did not want to be named said changing the padlock of the house was “technically” illegal.

“In an extreme case, changing the padlock while the tenant is still inside the house may lead to serious implications,” he said.

“Let’s just say when you change the padlock, the tenant becomes ill and cannot seek treatment and he dies because he cannot leave the house. The person who changed the padlock can be found guilty for manslaughter,” explained the senior lawyer.

He gave another example of when the landlord had locked the tenant in the house which resulted in loss of opportunity.

“You had locked up the house but he was supposed to fly overseas. His passport and tickets are inside the house and he cannot fly because of this. He goes on to lose his job or a business opportunity because of that unlawful locking up of the property.

“Such complications can arise and the landlord may get into trouble,” he said.

The lawyer said changing of the padlock method might work but the landlord would be taking a big risk.

He said engaging with the utility providers also came with a risk.

“There are cases where the landlord was held responsible for wrongful act after disconnecting the supply of water and electricity.

“Until you get a court order to evict, he is still holding over the premises. He has not done anything illegal such as being a squatter or a trespasser.

“If you rent out the premises on a contractual basis and he has breached the contract, to enforce the contract, you must go to court,” he said.

He added that there were cases whereby the tenants would still not move out even after the electricity supply was cut.

The tenant might end up using candles and the landlord would face more risks and damages in case the house burned down.

“Just get a court order. It is not a lengthy process if you get an efficient lawyer,” said the lawyer.

Selangor Water Management Group (Air Selangor) corporate communications head Amin Lin Abdullah said if the landlord was the registered account holder with Syabas, the landlord could submit an application to Syabas to terminate the water supply by paying the termination charges.

However, if the water account is registered under the tenant, the landlord cannot submit an application to Syabas to terminate the water supply without the tenant’s permission or written consent.

Amin said if the tenant did not allow or agree for the water supply termination, the landlord had to refer the dispute to the court to get a court injunction to terminate water supply to the premises. 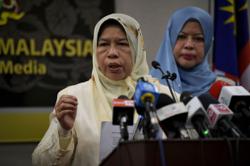 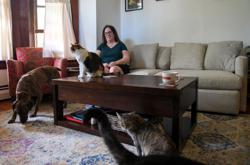 As U.S. Congress wrangles over aid, millions of renters get desperate 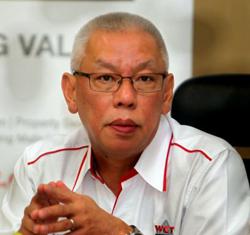