Warm welcome: The Red Carpet Bridge is aptly named for its red interlocking concrete pavers. It measures 118m in length.

THE new township of Eco Majestic, a project of Eco World Development Group Berhad, has just seen the completion of its Red Carpet Bridge that is set to improve accessibility for residents and guests.

Aptly named for its red interlocking concrete pavers, the 118m-bridge is an integral part of a link road that connects the township’s north entrance to the Semenyih Toll at Exit 2102.

“The link road will shorten travelling time for those coming to Eco Majestic, as it will help motorists avoid much of the heavy traffic on Jalan Semenyih,” said EcoWorld president and chief executive officer Datuk Chang Khim Wah, adding that the link road would be ready by June this year. 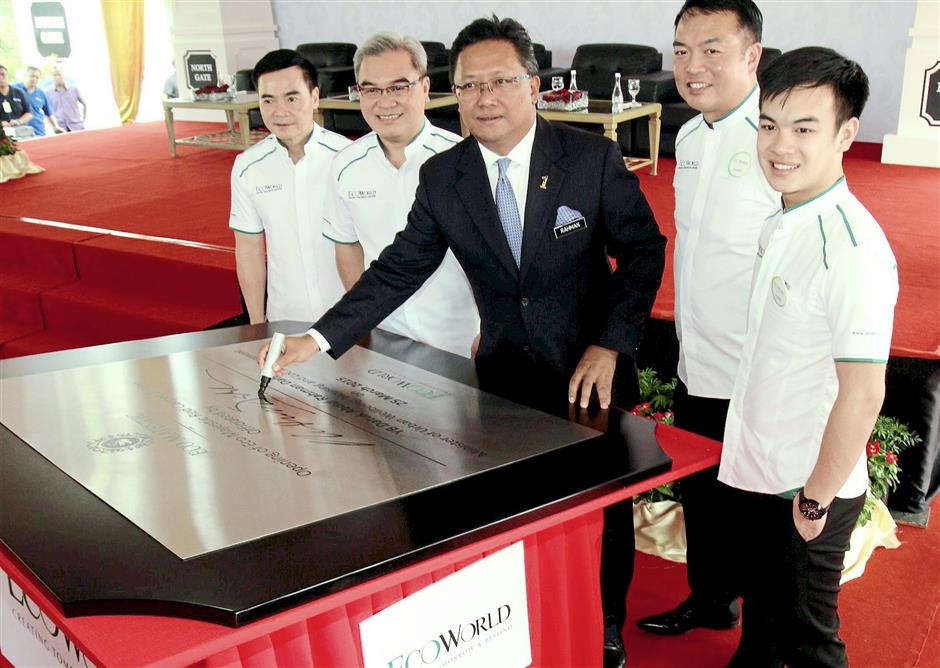 According to Chang, the bridge was built at a cost of RM24mil and took about eight months to complete.

He added that it was completed well ahead of time.

“I’m impressed with the scale and speed of the construction; the bridge is a clear indicator of that,” he said in his speech. He also commended the developer for living up to its timeless elegance theme.

He noted that the Kajang-Semenyih corridor was growing fast, making the area a sound choice for development plans.

As such, he advised developers to continue creating peaceful and harmonious communities as well as to focus on quality housing and commercial projects. During his welcoming address, Liew said Eco World was making great strides despite having been established for about only two years.

In addition to Klang Valley, Iskandar region and Penang, the company will be making its foray overseas.

“With projects set to take place in London and Sydney, Eco World will become a world brand,” he remarked.

“It will be open by mid-2016 and those in the vicinity of Semenyih will also be able to use it.

“It is about 5km from the Semenyih Toll and will lead vehicles straight into the township’s commercial precinct,” he added.