Simply adorable: (Above) The bunnies and floral decorations win first prize in the Giant Easter Egg design contest at the Straits Quay Retail Marina. (Right) A participant decorating her entry.

HOUSEWIFE Eunice Lee is a regular participant of contests and competitions at the Straits Quay Retail Marina.

Therefore, it was no surprise that the 38-year-old won the first prize of RM500 at the Giant Easter Egg design competition, held at the marina on Saturday with her entry, which was made from egg cartons, old newspapers, cardboards, egg shells, food napkins and used shirts.

“I like making things with recyclable materials as it is really exciting to see the end product.

“It also helps to keep my cost low,” said Lee. 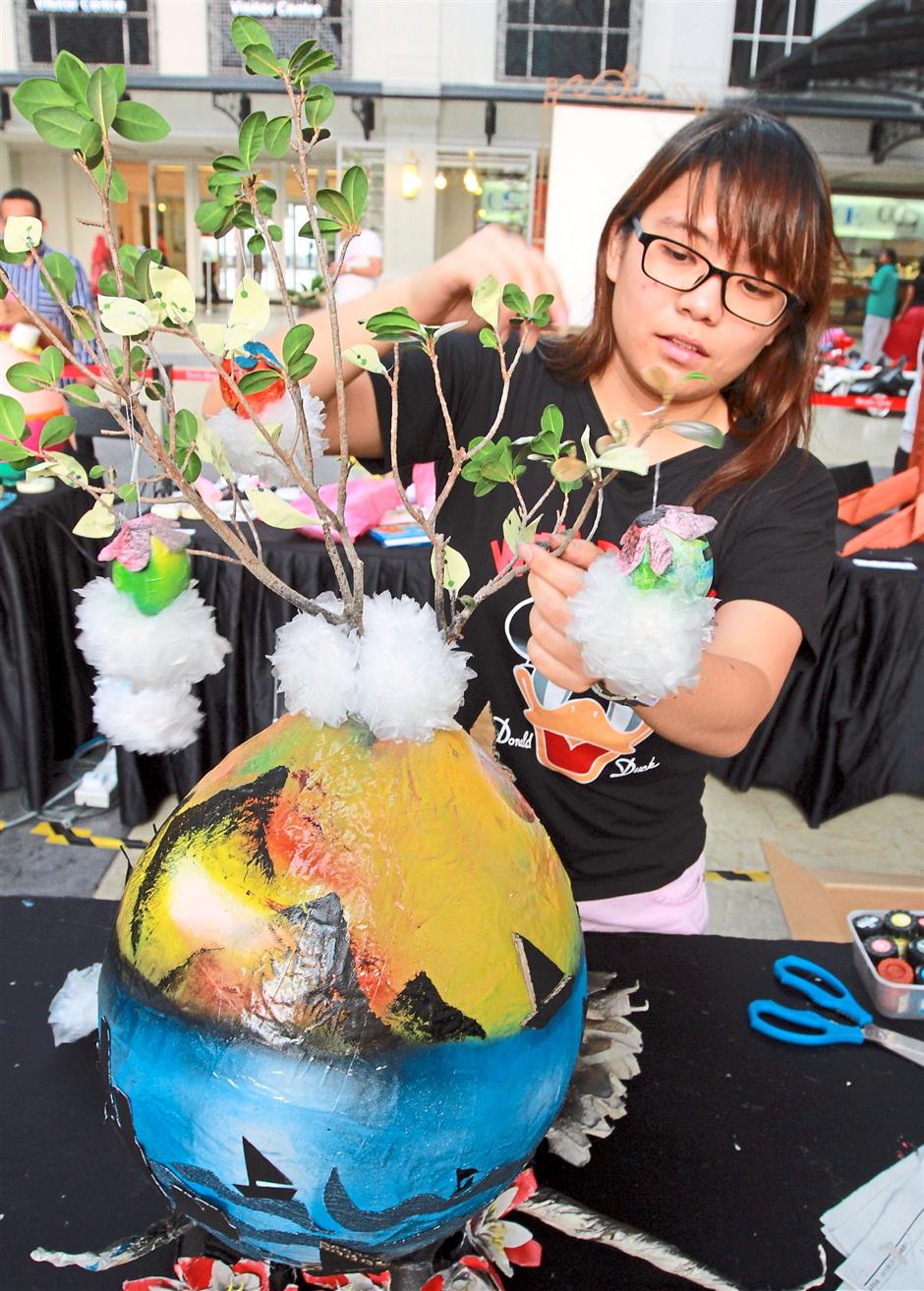 A participant decorating her entry.

She added that she had also used recycled materials in some of the earlier contests such as fancy costume and designing face mask.

Lee’s colourful 45.7cm Easter egg, which has two bunnies at the side with floral decorations, caught the eye of the judges at the competition.

Participants were tested on their skills and creativity including the ability to complete their craft within the two-hour period.

Her entry featured an Easter egg with a ladder and tiny bunnies.

“I used egg shells, paper cups and cardboard, and lots of colours on the materials,” she said.

The third prize of RM200 went to another housewife Lim Hui Wah, who named her entry ‘Spider Easter Egg’.

Her entry featured a giant black spider with pointed ears and a bunny tooth.

Hui Wah, 35, made her Easter egg from old sacks and cardboard.

There were also three consolation prize winners of RM50 each.

Straits Quay marketing and communications executive May Lim said that the marina organised the competition to further enhance the colourful and vibrant tradition of Easter celebration.

She said in conjunction with Easter, Straits Quay was also organising a two-week long Facebook Egg Hunt which starts today.

“Visitors to the marina can look for clues from Straits Quay’s official Facebook page.

“Egg hunters who find an egg, stand a chance to win a mysterious prize at the Information Counter located at the main lobby on the ground floor,” said Lim.

For more information on fun filled activities, log on to www.straitsquay.com or www.facebook.com/straitsquay.