News from the past: Liow (right) and Dr Wee looking at newspaper clippings on a notice board during the reopening.

SEREMBAN residents can now look forward to better services from the MCA following the reopening of a service centre at the densely populated Templer Flats.

The centre which had remained closed after the last general election in May 2013 had been refurbished for the comfort of its patrons.

“Prior to this, the people had to go to the MCA head office in Seremban if they had problems. I wish to commend the Seremban MCA for taking the inItiative to reopen this centre,” he said after officially opening it.

The centre was among several closed in the aftermath of the last general election following a decision by the state government. 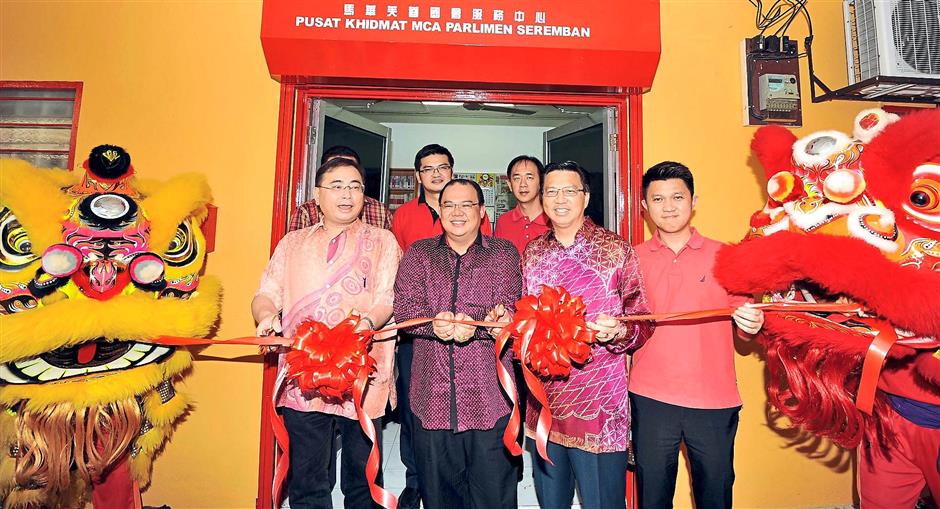 Official opening: Liow (second from right) and Dr Wee (left) cutting the ribbon to mark the reopening of the service centre. Standing in-between them is division head Siow.

Liow said the party would need to work harder if it wished to recapture the 10 state and two parliamentary constituencies in Negri Sembilan in the next general election.

“We cannot be arrogant and should always remain humble. We need to serve the community wholeheartedly and continuously engage them and hear them out,” he said.

Citing an example, he said it was vital for the MCA to continue to engage the young.

“The young have a lot of ideas and we should solicit their views. This is not difficult as we can always communicate with them through the social media as well,” he said.

Liow said he was also happy that the MCA was slowly regaining the trust and support of the electorate, particularly the Chinese.

“We are getting back the support but I admit that it could be better. That is why every member from the grassroots to the top need to work harder to convince the people that we are a better choice,” he said. 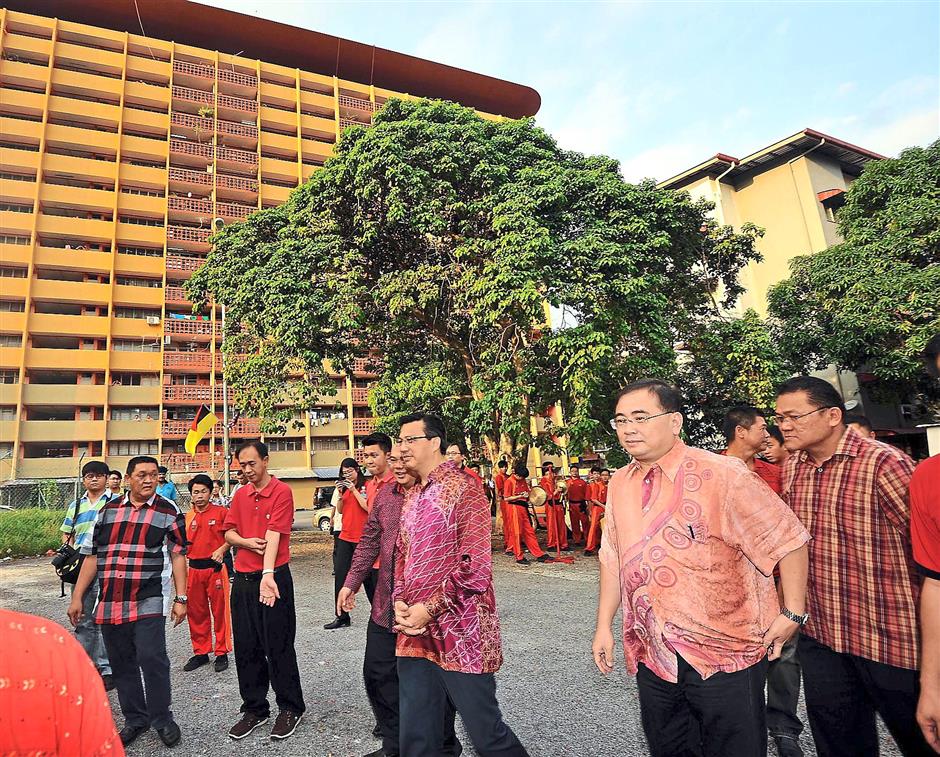 Liow said he was also glad to note that the party’s various activities have been positively received by the people.

He said among them were fundraising activities organised by the party to help flood victims particularly in the east coast states.

“I have been attending several of these events and I am happy to note that many people, particularly the Chinese, have been coming forward to support the MCA,” he said.

Wee, who is Negri Sembilan MCA chief, said he had directed all divisions in the state to reactivate their respective service centres.

“Many people have been seeking assistance at our head office in Seremban and it will be better if the burden can be shared by our division offices.

“Some people come to us for little things such as BR1M application and we must be able to serve them in their time of need,” he added.