Race for fourth place hots up

Tottenham Hotspur's Son Heung-min should be one to watch when Brighton visit today. – Reuters

THREE of the clubs chasing fourth place in the English Premiership, a position that secures Champions League football next season, are in action this weekend – one penned in for the semi-finals of the FA Cup.

This tells us that Tottenham Hotspur, Arsenal and Manchester United have been duly eliminated from the Cup and can now concentrate their energies on trying to salvage something from this campaign. And given the tight fight among them, they will need to.

Fourth-placed Spurs face a tricky home fixture against Brighton in the early kick-off today while the others have been scheduled two-and-a-half hours later. Southampton welcome Arsenal while Manchester Utd, also at home, face Norwich, and Watford take on Brentford.

Antonio Conte’s Tottenham appear to have peaked at just the right time. They have won their last four games in a row and are behind Liverpool in form over the last five. In this prolific run they have scored 14 goals and conceded just two.

Spurs have lost influential defender Matt Doherty to injury for the rest of the season but they do have Son Heung-min in red-hot scoring form. He has hit the target six times in his last three league games, including the hat-trick against Aston Villa last weekend. Brighton will take their eye off the South Korean at their own peril.

Coming up against Graham Potter’s Brighton though, may not be as simple as it looks. The Seagulls embarrassed Mikel Arteta’s side last time out, narrowly beating the Gunners at the Emirates. And even if they did it by ending a seven-game winless run, Spurs will know that their opposition will be aiming to build on that win – one that hurt Arsenal’s own chances of finishing fourth.

In fact, Arsenal suffered two heavy body blows last week, having lost to Crystal Palace in the game before Brighton. Today they will be as keen as ever to see off Southampton and get their bid for fourth place back on track.

They trail Spurs in fifth place and are three points adrift, with a game in hand. This is a must-win for them.

Man United will be feeling much the same when Norwich come to Old Trafford. But even with their recent waywardness, the Red Devils should beat the Canaries without much of a fuss.

The Watford and Brentford match could go either way, but the latter may have a bit more form to pull off a win – and they should. 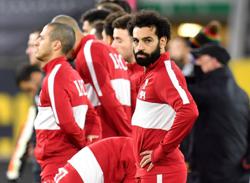