American designer Tory Burch made her brand, which debuts in Kuala Lumpur this June, into an outstanding success story.

THE Tory Burch boutique at Madison Avenue in New York is like a treasure trove of beautiful things. Three floors of bags, shoes and clothes – I’m in Tory Burch heaven.

When you talk about ballet flats, there are a few names that come to mind, and one of them is Tory Burch. Known for its Reva (named after Tory Burch’s mother) ballet flats, it comes in a myriad of colours and fabrics. It’s become one of those wardrobe staples you need to have in several different versions. It’s not just about shoes as her bags and clothing line are also equally popular. The brand is also known for its kaftans, which is considered a signature Burch look.

Born in Philadelphia, Burch had worked in public relations and marketing for some of the biggest names in the fashion industry like Ralph Lauren and Vera Wang. She launched her first boutique in Nolita, New York, in 2004. Since then, the brand has grown into a global business valued at US$3.5bil (RM11.5bil), with more than 100 freestanding stores, an online site (toryburch.com) and a presence in more than 1,000 department and specialty stores. The brand also recently announced that it would be coming out with menswear, men’s accessories and activewear. Patterns and print are a strong feature for Fall.


She also launched the Tory Burch Foundation in 2009, which gives women access to capital to start a business as well as mentoring.

Burch has been recognised with numerous awards such as the CFDA for Accessory Designer of the Year, Glamour’s Women of the Year and Forbes’ Most Powerful Women in the World.

A chance to meet up with Burch was the perfect opportunity to get a closer look at the woman whose brand is pretty much slewing her competition.

We (a group of Malaysian journalists) were waiting at the top floor of the boutique for Burch, who was picking up her sons from school. We had watched the Fall 2014 collection earlier that morning, and it was a beautiful one, with references from the medieval times.

It was already evening, and despite having a show in the morning, followed by interviews, then rushing to her sons’ school, Burch emerges without a hair out of place and looking immaculate.

When asked how she does it, Burch, who has been married twice, said it’s all about maintaining a balance.

“One of my biggest challenges is being a mum but I enjoy it. I have three stepdaughters and three boys so it’s a hugely busy place, but it’s my favourite thing, being a mum. If I weren’t a great mum, I wouldn’t be a good CEO or designer, so it’s finding that balance. I take my boys to school every morning, I’m home by 7pm; it’s really just making guidelines and sticking to it, but it’s a challenge.”

She also has her own philosophy on luxury: “Luxury is how you live your life, it’s much more than material things, it’s how you can spend your time and be happy, and the way you treat people. It’s not really just about buying expensive things.” 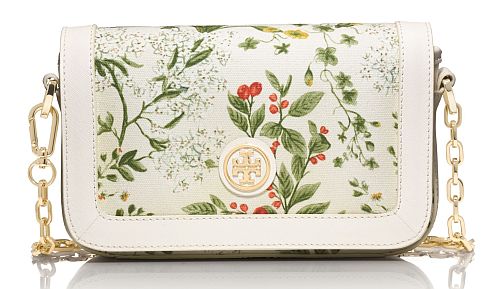 
Her company recently celebrated its 10th anniversary and she said her brand has evolved since.

“We’ve completely changed. My team made a book for me of the 10 years we’ve had, and it’s the best book I’ve ever seen as literally it just mapped out 10 years of memories. I saw how the collection has evolved in the stores and it’s definitely changed quite a fair bit.”

When it comes to describing the Tory Burch women she said they are a diverse group.

“I’m inspired by women of many cultures, but we’re proud of being an American brand and we resonate in other places around the world because it’s really about women we are inspired by and all cultures. The Tory Burch woman is one who appreciates and loves fashion, but is busy, loves to look at the runways but isn’t driven by them. She has a life and loves to get dressed in an effortless and quick way, loves to put herself together and be an individual. This collection (Fall) I thought was interesting as I’m very intrigued by the empowerment of women so I wanted that to come across in subtle ways, making women feel confident. But I think the women who wear our collection are diverse, there’s no question; I think it’s all ages. We have a downtown customer, we have an uptown customer; the customers take different elements of the collection and make it their own.

“What I like is women being experimental and really finding their individual style, I see that a lot on the streets of New York and from places I travel. I see that a lot from our customers, they’re very savvy, they have so much access to so much information, but they’re more particular about what they want to buy so they want special things. That’s what I’m intrigued by, designing beautiful things that aren’t just a trend, paying attention to trends and being relevant, but also having staying power.”

The 47-year-old daughter of an investor father and a former actress mother, Burch cited her parents as a source of inspiration for her work.

“There are so many influences from my collections, my parents are the biggest influence. My father should have been a designer, he designed his own clothing and had such an attention to detail, and my mother as well, but I think inspiration is the easy part. It comes down to fashion, music, art. I was an art history major; in every collection, art is referenced on some level.”

Burch’s clothes tend to have a kind of bohemian luxe look, though it has elements of preppiness. For Fall, she decided to go into something different, and came out with a kind of urban medieval meets uptown girl look.

It totally worked as these are actually pieces you could incorporate in your wardrobe. The point of reference is actually the armour, which has been given a softer and feminine treatment by Burch. 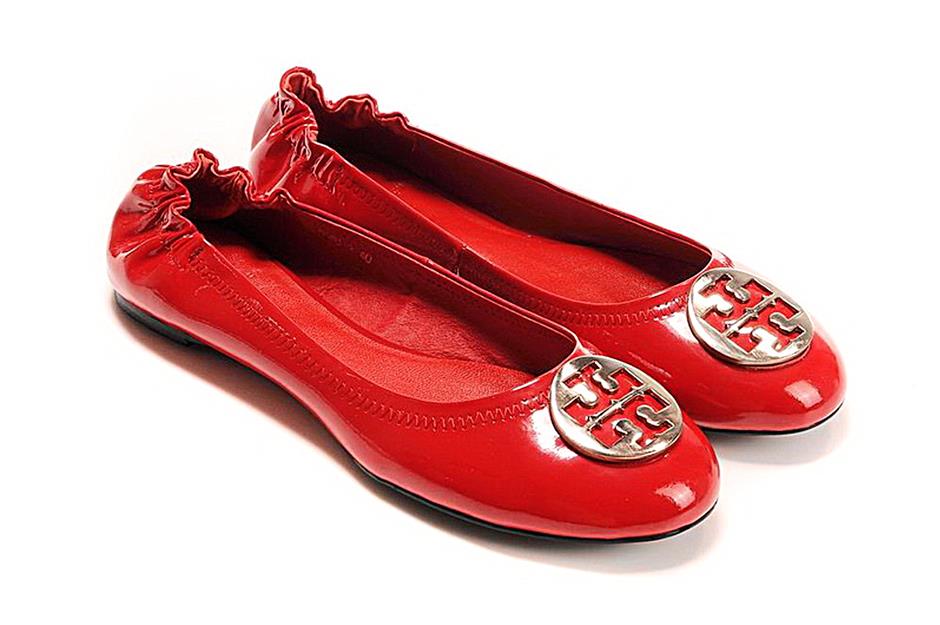 
“For this collection, the starting point was the armour because growing up, my grandfather and parents collected armours, and I grew up with it. I was a little frightened of it as a little girl but then I started looking at the influences that went into it, such as the medieval armour, and how it was influenced by many different cultures. There were all sorts of incredible details and I wanted to reference it, not in a literal way, but in a more lighthearted manner, where it was just slightly inferred. I think it can get quite heavy and ‘costume-y’ so we thought a lot about proportion and how we could get elements of armour that could be beautiful but not too literal.”

Although there were some prints, it still had elements of the armour: “The red print, if you look at the armour in different ways, there was definitely paisley in them. One of them, there was a saddlery print that came out of a 16th-century book of horse drawings and saddles which I’ve always loved.

“It was very graphic so that was another nod to the medieval period and horses, but it was more abstract. When you look at the armour, there were a lot of times when there were little details of flowers, it really came from that.”

A lot of texture and manipulation of fabric were obvious, and she said she experimented with a lot of different weights of fabrics, whether it was jacquard or embroidery, and the layering of texture.

Burch acknowledged that the collection seemed to be geared towards a younger woman, but she said as they moved forward, they are learning that they’re dressing different women, and younger women are a part of that.

Burch said the three key pieces for fall are the muff, the saddler print and the embroidered pants.

And what should a woman have in her wardrobe?

“A great purse and sunglasses, a trench coat because it always just pulls together a great outfit and a pair of ballet flats.”

Malaysians will soon be able to get a firsthand look at this collection as the brand will be opening its first flagship store in Pavilion Kuala Lumpur this June. Burch said she’s very excited about it and while she has been to Malaysia once during her college days, she said she needs to come to KL and do more research.

The store is still in progress but there will some orange element (orange is the brand’s signature colour and Burch’s favourite colour).

The 260sqm floor store will not only carry shoes and bags, it will also feature the ready-to-wear line.

Wrapping up the interview, we asked what she thought made her brand a success and Burch said, “I love doing what I’m doing, I’m still passionate about it, I hope it will always stay that way.”