Win a McLaren when you shop at these Malaysian airports 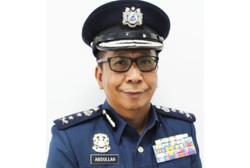 As dusk fell, Sentul Depot in Kuala Lumpur was transformed into an illuminated race car party for the launch of Malaysia Airport’s Licence to Win annual shopping campaign. Themed “Born to Reign”, the launch saw the unveiling of the grand prize, a magnificent McLaren 570S Coupe.

According to Malaysia Airports commercial services senior general manager Mohd Nazli Abdul Aziz, airports in the country are no longer just an air transportation hub as they have evolved into premier shopping and lifestyle destinations for travellers from all over the world.

“From January to June this year, the number of passengers at the international airports in our country grew by 4.2% compared to the same period last year,” Nazli revealed.

“This means a total of 43.4 million passengers have passed through our doors and it is a great opportunity for growth in airport retail. The first six months of the year saw passenger growth at our international airports outside Kuala Lumpur increasing 9.3% from the previous year.”

Tourism Malaysia recently announced that Malaysia welcomed as many as 13.35 millions international tourists (in the first half of 2019), contributing RM41.69bil to the country’s revenue, a 6.8% increase from 2018. Tourism performance also saw growth in terms of per capita expenditure, rising by 1.9% to RM3,121.6.

The Licence to Win campaign aims to reward shoppers by enhancing their travel and airport experiences, while highlighting the diverse selection of retail offerings at Malaysia’s international airports.

The campaign runs from now until Jan 31, 2020. During this time, travellers who shop and dine at any of the five international airports in KL, Penang, Kota Kinabalu, Langkawi and Kuching will stand a chance to win prizes. Shoppers need to submit a contest entry for every RM250 they spend in a single receipt at any retail outlet at these airports.

There will also be monthly prize giveaways, including RM1,000 gift vouchers from Boost e-wallet and Petron Miles Points. Those who wish to increase their chances of winning can spend with any Licence to Win campaign partners like Maybank, Eraman, Boost, Malaysia Airlines and Petron.

This year, shoppers can also submit their entries through the campaign’s official website, besides filling in the physical contest forms at participating airports and outlets.

Win a McLaren when you shop at these Malaysian airports