Trans-Siberian Railway: You haven’t felt winter like this before

The classic rail route ends in Ulan-Ude and is taken over by the Trans-Mongolian Railway.

Running through five time zones from Moscow in Russia to Ulan Bator, the Mongolian capital, the Trans-Siberian Railway covers 6,305km by train. In winter, when the train is less filled with travellers, that’s a long, cold and lonely distance.

But those who choose the luxury option can supplement their trip with hotel stays in cities, bus excursions, a vodka tasting, a horse-drawn sleigh ride through a winter forest, sauna visits and classical music concerts.

When the train stops in a station, the luxury carriages are unhitched, and then rehitched to another train for the trip’s next stage.

Weather is the main topic of discussion for most of the foreign guests. On the overnight journey to Irkutsk, the mercury drops to minus 31°C. On that day, no one goes out in the cold longer than necessary – not even to take the comfortable excursions.

“That’s the real Russia out there,” says Konstantin Tsarkovsky as he peers through the streaky train window. A seemingly endless stream of pine trees passes by the window, with occasional clusters of houses breaking up the monotony.

Their branches bend under the weight of snow, which blankets the entire landscape between Kivov and Yekaterinburg during half the year. 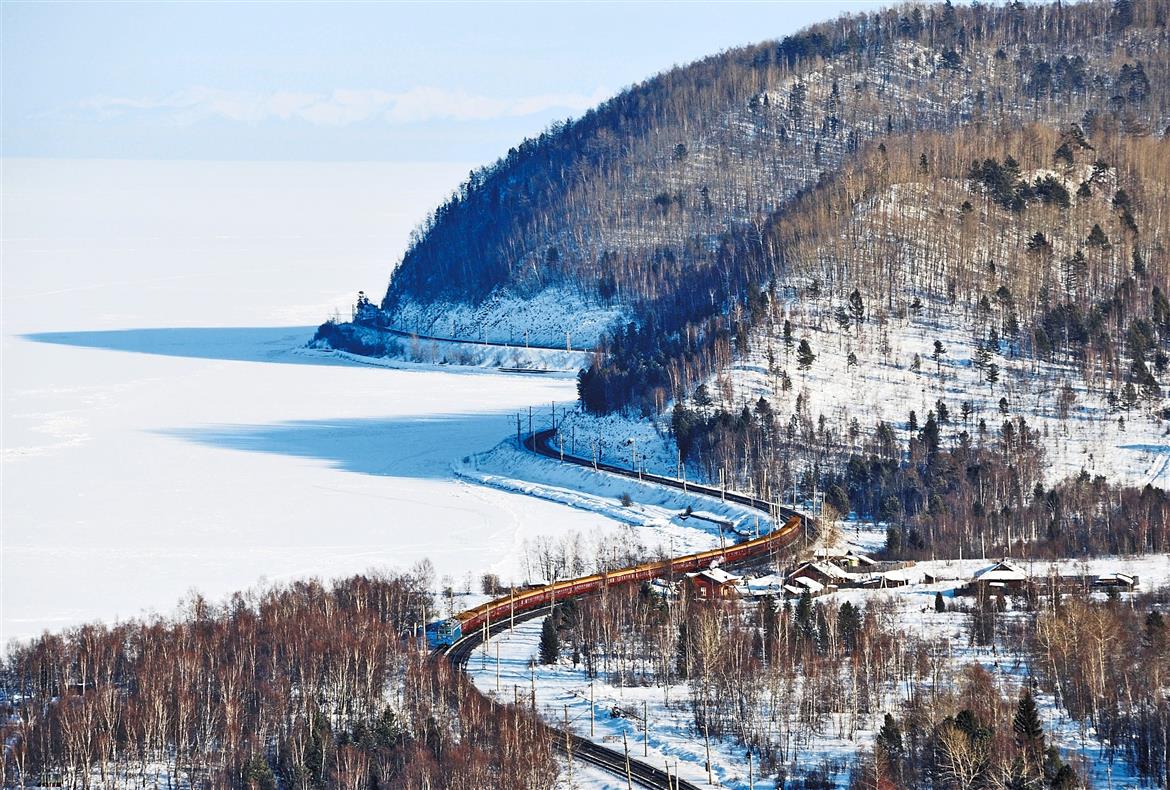 Wintry scenes like this view of Lake Baikal are common along the Trans-Siberian Railway. — Photos: dpa

Tsarkovsky is taking the Trans-Siberian Railway from Moscow to see his parents, who live in Kemerovo in Siberia. The 26-year-old has booked economy class: four dozen people in one big car. The genders are mixed. Sheets and wool blankets are laid over the bunks. The carriage is a constant whirl of activity.

“I won’t find peace here,” says the product manager. The trip cost him roughly US$80 (RM330). During the two-and-a-half-day journey, he must force his 1.93m body into a bunk much shorter than that. “But it works somehow,” he says.

He doesn’t know that at the other end of the train, there are two tourist carriages where the passengers have paid four times that amount to experience the “winterland wonder of the Trans-Siberian Railway”.

Only guests with tickets are allowed in this area, known as the Tsar’s Gold section, where friendly service personnel make the beds, serve drinks and vacuum the floor.

Moscow is a sort of amuse-bouche to the tour, especially beautiful at Christmas time and New Year’s, when the streets shimmer. The starting point for the trip is the Yaroslavsky station.

Whether in Moscow, Krasnoyarsk or Irkutsk, train stations are gems of Russian architecture, column-heavy melanges that fit somewhere between theatre and palace. 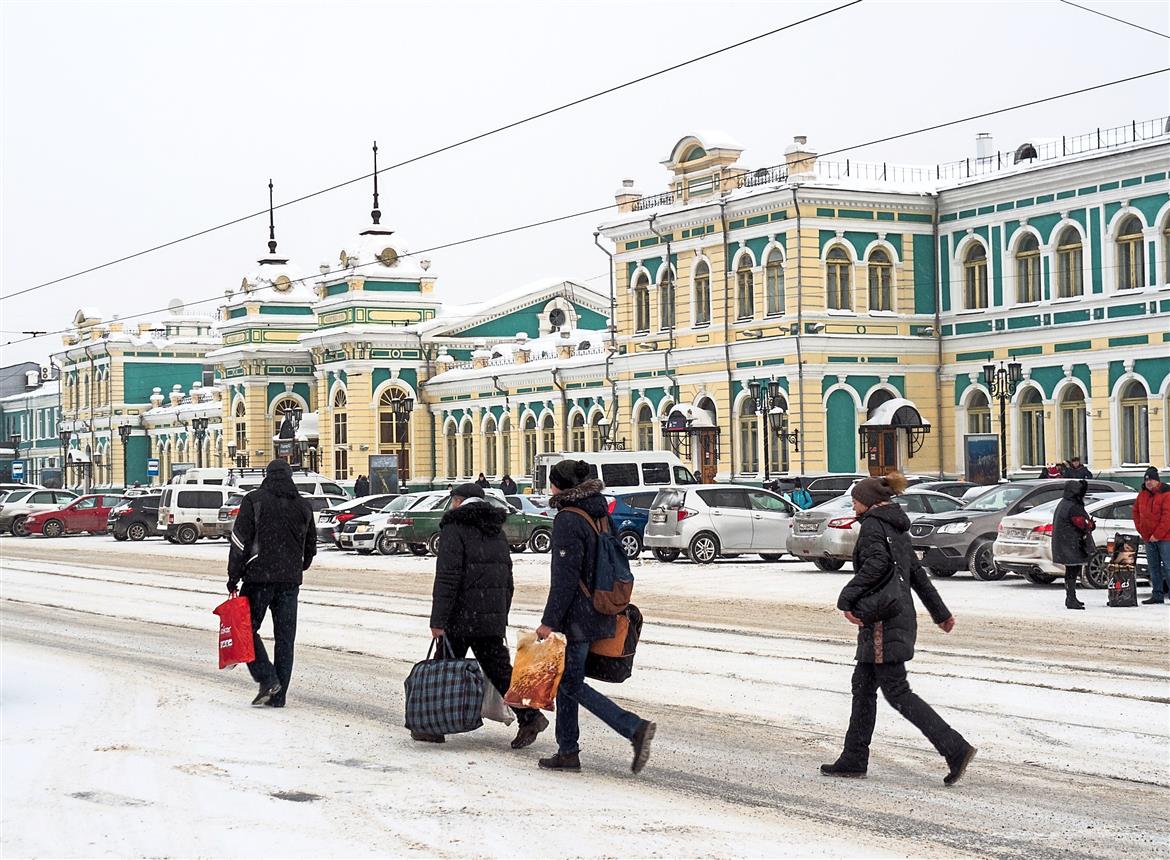 Train stations in Russia, like this one in Irkutsk, are often architectural gems.

In the frost-covered expanse, the colour white overwhelms, and frost flowers on the windows make up for the lack of real flowers along the tracks.

Lake Baikal, more like an inland sea than a lake, is one of the most magical bodies of water in the world – especially in the winter. Icicles hang from the bridges on the banks of Listvyanka.

During a boat tour, a bitter wind blows through the top deck into tourists’ faces, while the bow continues cutting through the water.

A ski lift in the mountains near Listvyanka makes it possible to get a higher perspective. It’s here that the hoped-for winter wonderland really becomes tangible, in the middle of a snowy magic forest and with breathtaking views over the lake below.

The classic Trans-Siberian route ends in Ulan-Ude and is taken over by the Trans-Mongolian Railway. In Ulan Bator, the final station, smoke from coal and heating stoves hang over the city. Thoughts turn to Genghis Khan. The Orthodox churches found across Russia have been replaced by cloisters of llamas, Buddhist teachers and young students.

One last excursion takes guests into Gorkhi-Terelj National Park, where they visit a nomadic family that owns hundreds of animals, mostly Kashmir goats and sheep, and two large yurts. They are given the chance to try a fermented alcoholic milk drink – a warming piece of real Mongolia to end this long, cold journey.

Trans-Siberian Railway: You haven’t felt winter like this before