Should you stay at a hotel in Malaysia during the monsoon season?

The upside of strong waves? It’s great for surfing ... sometimes.

Monsoon season in Malaysia often spells heavy rainfall, strong winds and rough seas. Between mid-October and the end of March, states on the eastern side of the peninsula such as Terengganu and Kelantan experience turbulent weather due to the northeast monsoon that temporarily dampens the tourism and hospitality sector.

Terengganu, for one, has the most number of resort islands with 14. But due to bad sea conditions, ferries and boats do not bring passengers to the islands during this time, forcing the resorts and hotels there to shut down operations.

According to news reports, the Terengganu exco member for tourism, culture and information technology Ariffin Deraman says this exercise is necessary to ensure the safety of travellers.

“Operators hope that tourists will come during this time, but safety should be our priority,” he says.

But is it really all doom and gloom for the affected hotels and resorts?

The way Resorts World Kijal manager (Fun & Adventure) Ragunathan Kathirgamu sees it, the monsoon is a phenomenon that hotels have learned to adapt to.

“It’s a challenge we face every year and it’s part of our hotel operations now,” he offers. Ragunathan, who has more than four decades of experience in the industry, says hotels are relatively unfazed by the monsoon.

“The heavy rain is good for our golf course. Our grass is very green during this time,” he jokes. On a more serious note, Ragunathan says properties often use this time to carry out necessary maintenance work.

“As for the bigger hotels, they will transfer their staff to other properties within the chain,” he explains.

Due to the turbulent weather, ferries and boats do not bring tourists to the islands during the monsoon season.

Learning to embrace the storm

Located in the mainland, Resorts World Kijal doesn’t experience the full brunt of the monsoon like the resorts on the islands. That is why the property in the town of Kijal, Terengganu, remains open and still enjoys a stream of visitors.

According to Ragunathan, some travellers do deliberately travel to the affected states “just to experience what the monsoon is like”.

These travellers often come from neighbouring countries such as Thailand, Indonesia, Singapore and the Philippines.

Malaysian Association of Hotels Terengganu chairperson Julia Ter Abdullah says the monsoon season does not necessarily translate to zero occupancy for some hotels.

“Some guests do check in during this time as there are fewer people and more privacy in the hotel,” she says, adding that the monsoon is also great for those who would just like to relax and lounge indoors.

That doesn’t mean guests are completely barred from the outdoors.

“You get some clear skies in the morning before it rains in the afternoon. So guests have a few hours to be outdoors every day,” says Julia, who is also the Resorts World Kijal general manager.

She stresses that all necessary precautions are taken into consideration to ensure the safety of guests. Beach patrols monitor the sea during this time, Julia reveals.

Also, activities such as swimming and diving in the sea are strongly discouraged.

“As the water is murkier, you won’t be seeing much due to the poor visibility,” she explains.

That’s not stopping extreme sports enthusiasts from venturing into the sea, though. The strong waves during the monsoon turn the waters into a playground for surfers.

Some seaside resorts are forced to close during the rainy seasons. — Photo: CHESTER CHIN/The Star

“Tourists often have this impression that the monsoon is a natural disaster, when in fact, it’s a phenomenon that should be appreciated.

“After the rain, the weather is cooler and fresher. You get the sense that you’re in the highlands, despite being at the beach,” he offers.

However, the man advises travellers to be careful, especially on the road. The heavy downpour usually leads to slippery roads and huge puddles of water.

Despite the bad weather, Samsudin says the tourism industry in the state isn’t completely crippled during this time.

“There are many other activities that guests could partake in which we otherwise won’t be able to do during the regular seasons,” he says, adding that guests can take advantage of the lower room rates during monsoon season.

The activities suggested here include fishing, locating fishes stranded on the beach after the strong waves and taking trips to the town area, as well as other recreational activities within hotel grounds.

“Visitors will also be able to witness the beauty of various types of sea waves that change according to the wind. It’s something that you don’t see everyday.

“Instead of associating the monsoon with all things dangerous, travellers should really look at it from nature’s perspective. It’s an environment that you won’t be able to experience in other states,” he concludes.

Should you stay at a hotel in Malaysia during the monsoon season? 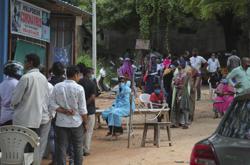 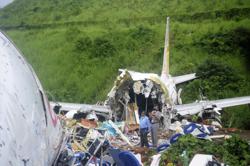