10 Malaysian locations that made it into movies

Never underestimate a dark, dingy alley in the city of Kuala Lumpur – it could one day be the location of an important scene in the next big blockbuster film.

If you’re a movie buff, you would probably realise that Malaysia is becoming a prime location for international movie productions. Film companies have shot scenes at iconic Malaysian spots, as well as incorporated both obscure and locally-known places into their work, either as an actual venue in the country or doubling up as another location.

For example, a large number of the grand places depicted in the latest Hollywood box-office hit Crazy Rich Asians, were filmed in Malaysia, including at Carcosa Sri Negara.

But it is not just international moviemakers who have helped to make Malaysian towns, heritage buildings and other destinations known to the world – many local films have helped to boost their popularity too.

Here are some Malaysian locations featured in movies that have become quite an attraction to tourists and city adventure seekers alike.

A great part of the filming for the Malaysian movie Ice Kacang Puppy Love (2010) took place in the town of Tronoh in Perak. Set mostly in Choon Fatt Coffee Shop (“Nan Yang Coffee Shop” in the movie) along Jalan Besar in Tronoh, the movie is about teenage love in the small town.

The town comprises a few streets of pre-war shophouses, which, since the movie’s release, have been frequented by many visitors who often pause along their journey for a drink at the coffeeshop.

If you ever make your way to Tronoh, you might see pictures of the movie cast displayed next to those of the family that runs the coffeeshop.

Tronoh started off as a tin mining settlement, and was once where the world’s largest open cast mine was located. It grew from a small village into a town.

There was even an old railway line from Tronoh to Ipoh, which was used to transport tin ore. However, the tracks were dismantled for scrap metal by the Japanese during World War II and never rebuilt.

You can find many local produce at the Sibu Market. Photo: Tourism Malaysia

Well, well, well. It seems Sibu has joined the Marvel universe. Okay, not quite.

Apparently, Sibu was mentioned in the recently-released Marvel film, Venom. The shooting for the scenes were actually done somewhere in Georgia, the United States, but could a mere mention of Sibu in the film spark an international interest in Sarawak’s sleepy old town? Hopefully!

Sibu has a handful of interesting places to visit including Jade Dragon Temple, Lau King Howe Hospital Memorial Museum, Sibu Lake Park and Sungai Merah Heritage Walk. And don’t forget to try the town’s famous kampua mee if you ever find yourself there.

The mansion was constructed in the late 19th century and once belonged to a Chinese businessman called Cheong Fatt Tze. Although the architecture is mainly Chinese Imperial style, the mansion is eclectic in that it combines Gothic louvre windows, Stoke-on-Trent clay floor tiles, Scottish cast ironworks, and Art Nouveau stained glass windows.

Today, it is a boutique hotel-cum-museum located in the George Town Unesco Heritage Site. It has won several awards, including the 2000 Unesco Most Excellent Heritage Conservation Award.

Stadium Merdeka was the site for the formal declaration of Malaysia's independence in 1957. Photo: SK Tan/Wikimedia Commons

Stadium Merdeka, featured in the local box-office hit, Ola Bola (2016), is a very famous venue in Malaysia for locals, though it may not necessarily be a top attraction for international tourists. It was constructed between 1956 and 1957 and was the site of a significant event in Malaysia’s history – the formal declaration of independence of the Federation of Malaya on Aug 31, 1957. It was also the first modern building of the new nation.

In 2003, the stadium became a national heritage building; in 2007, it was restored to its original condition as part of Malaysia’s 50th anniversary plans. Because of the restoration works, Stadium Merdeka received the Unesco Asia-Pacific Award for Excellence for Heritage Conservation in 2008.

Sybil Kathigasu's former clinic in is now a mini-museum in Papan.

Another location that has often been featured on the big screen is Ipoh. Although Taiwanese director Ang Lee’s Lust, Caution (2007) was set in Hong Kong and Shanghai, some of the scenes were filmed in Malaysia. According to the Oscar-winning filmmaker, it was difficult to find any locations in Hong Kong resembling a World War II street scene of Shanghai for the movie. But he did manage to find it in Ipoh Old Town with its old shophouses and backlanes!

The movie was filmed in several locations in Jalan Bandar Timah, Jalan Panglima, Jalan Tun Sambanthan, Jalan Chua Cheng Bok, Jalan Che Wan, Jalan Sultan Yusuf, Jalan Dato’ Maharajalela and Jalan Pasar, in Ipoh. Hong Kong filmmakers have commented that they like filming in Ipoh because it is easier to communicate since many of the locals speak Cantonese.

If you visit Ipoh Old Town today, you’ll see a unique juxtaposition of the old and new – pre-war shoplots and heritage buildings (where traditional coffeeshops and other businesses operate), next to modern bistros and art bazaars.

Other filming locations in the area include Menglembu, a small town within the Ipoh township. You may have heard of its famous “Kacang Cap Tangan” groundnuts which are processed and packed here. But did you know that scenes from Malaysian-Singaporean movie King Of Mahjong (2015) was also filmed in an old wooden house here?

Also, local period miniseries Apa Dosa Ku? (2010) was filmed in Papan, a former mining town that was home to Eurasian war heroine Sybil Medan Kathigasu. She was the only woman during the British occupation to receive the George Medal for bravery. Today, the shophouse where she used to live serves as a memorial to her. The movie is about her life.

Pusing, another former mining town, is one of the filming sites for Hong Kong movie After This Our Exile (2006).

Aur Island off Mersing is popular with divers. It is one of the filming sites for The Journey. Photo: Tourism Malaysia

Some scenes in The Journey (2014) were filmed in the beautiful Aur Island off the coast of Mersing in Johor. It is part of the Johor Marine Park, and has become significantly more popular since the film was released. The place is great for divers because of its corals, lagoons and offshore pools. It is also a stopover area for fishermen.

If the neighbourhood in The Kid From the Big Apple looks familiar, it is because it was filmed at Taman Yulek in Cheras, Kuala Lumpur.

Taman Yulek was the filming location for the Malaysian film The Kid From The Big Apple (2015). The flats featured in the film are easily recognisable, at least to some KL city dwellers. Although not your typical tourist destination, the area is a great place for a spot of food hunting. There’s also a decent pasar malam that takes place there on Thursdays, while the more popular Taman Connaught pasar malam on Wednesdays is just a short drive away.

There’s a scene in Ola Bola in which the football team goes running across lush green hills during training. That is the Broga Hill in Semenyih, Selangor.

Standing at 400m above sea level, Broga Hill is a popular hiking spot among locals. Hikers would usually make their way there before dawn to catch the beautiful sunrise.

The hill sits on the edge of the Titiwangsa Range on the border of Selangor and Negri Sembilan and gets its name from the nearby Sungai Broga. British Army officer and World War II veteran Freddie Spencer Chapman mentions Broga in his book, The Jungle Is Neutral.

Chew Jetty is the largest and most well-known of the Clan Jetties, with the most number of stilt houses and long walkways, as well as a temple. Photo: Tourism Malaysia

Chew Jetty is a neighbourhood of wooden stilt houses on water, occupied by Chinese families with the surname Chew. There are several clan jetties at Pengkalan Weld, and Chew Jetty is the most well-known.

This popular tourist spot is part of the Penang Heritage Trail. It is known for the murals created by Lithuanian artist Ernest Zacharevic in 2012; there are more murals by other artists today.

You can catch Chew Jetty in the Malaysian films Ice Kacang Puppy Love and The Journey.

The paddy field scenes in The Journey and The Wedding Diary, were filmed in Kedah. Photo: Tourism Malaysia

There’s a scene in The Journey that was filmed in a paddy field somewhere in Baling, Kedah. Like so many paddy fields in the northern state, it provides a beautiful backdrop for photos and videos. More and more visitors are heading to paddy fields there (as well as in other states) simply to take Instagram-ready pictures.

Some creative couples have also taken to the fields to shoot their wedding photographs.

Kedah’s famous paddy fields also appear in some scenes in The Wedding Diary (2012).

For more information on filming locations in Malaysia, visit: http://filminmalaysia.com

10 Malaysian locations that made it into movies

Why China chose to act in Hong Kong 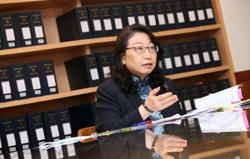