What exactly is goblincore and why is it such a huge fashion trend? 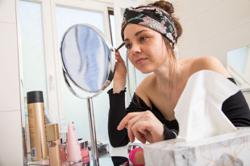 If you're a fan of mushrooms, and not only as food, goblincore, the fashion trend of the moment, just may be for you.

From social networks to e-commerce platforms, clothes and accessories drawing on this movement seem to have been gaining followers for several months now.

But what exactly is goblincore? We'll tell you all you need to know about this trend that pays tribute to the most beautiful... imperfections of nature.

Read more: Someone designed a bag inspired by pasta, and it is quickly gaining attention

For months now, we've been watching the fashion world embrace "ugly", "cheesy" or "kitschy" styles in accessories and clothing, and the trends of the current season haven't done much to mitigate the extent of the phenomenon.

But another trend, which is not ugly but rather mysterious, if not strange, is already emerging – goblincore, which focuses on the integration of elements from nature, and more particularly from the forest, until recently neglected for their not very appetizing appearance or symbolism.

So what is it?

Imagine yourself in the middle of a forest – just to set the scene – in the midst of a wilderness that inspires both fear and awe.

That's what you should feel when you think of goblincore, which The Guardian, who also looked into the trend, associates with the words "chaos", "dirt" and "mud" – enough to make your mouth water, right?

As you can see, we are on the darker side of nature here, as opposed to cottagecore, the flagship trend of 2020, which was a return to the roots, to the earth, but with a much more positive, sunny aspect.

Concretely this translates into a multitude of patterns, prints, even embroidery – as well as decorative objects – featuring mushrooms, moss, frogs, toads, snails, elves, earthworms, bones and even animal skulls.

Read more: When it comes to the Barbie world, a doll can be a major fashion inspiration

It's a long way away from rhinestones and sequins, that's for sure, but it is precisely this celebration of imperfection, and this willingness to pay less attention to one's appearance, which seem to be winning over consumers in this period, which remains fraught with uncertainty, as the British media points out.

And when we get down to the real nitty-gritty aspects of the trend, as you might have guessed, the colours are anything but flashy.

There's black and white, but also, in particular colours inspired by nature and the earth (green, brown, beige, dark red), as well as natural materials.

The trend is also for loose pieces, and layering. In other words, we're dressing to go on an adventure and not to the last white party of the season in Mykonos.

The trend has been continuing to grow since the successive lockdowns, as we can see on social networks.

On TikTok alone, the hashtag #goblincore has more than 510 million views, while #goblincoreaesthetic counts 25 million. Platforms like Pinterest and Etsy are also reporting a rise in searches for the trend, according to The Guardian.

We should also point out that goblincore is not only associated with fashion and interior design.

There is also the hashtag #goblincoremakeup on TikTok (nearly 8,500 views) which highlights coloured and disheveled hair, smoky eyes and the famous elf ears spoken about in June.

A trend that could become even bigger in the next few months. – AFP Relaxnews

A leg up for sneakers, as people are willing to pay premium prices for them

Feel like a dip? Jewellery store fashioned as a swimming pool creates a buzz 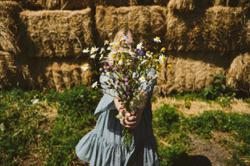 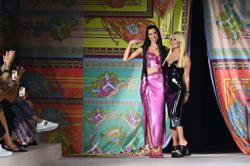 Eye-catching effect: make way for bushy eyebrows and chunky eyeliner Premium
A glamourous, fun night of revelry and style at the SMG 50th anniversary gala
How fine watches play an integral part of the James Bond look
Malaysian designers reflect on what the pandemic has taught them
The new BR 05 GMT: Time to take-off
Malaysian fashion returns to life with physical runway shows Premium
Style Watch: Television personality Sarah Lian lets her outfits do the talking
How Kristen Stewart was fashioned as Princess Diana in 'Spencer'
Discover unique in-store experiences at this brand new store
Get back to the basics of skincare with these must-do steps