Sergio Rossi is known for his high-end women's shoes.

Italian luxury shoemaker Sergio Rossi has died aged 85 after being hospitalised with the coronavirus, the mayor of the designer's home town said on Friday (April 3).

Italy has recorded more deaths from coronavirus than any other country in the world, with 13,915 fatalities as of Thursday (April 2). The elderly have been particularly hard hit.

Rossi died on Thursday (April 2) in the small town of Cesena in central Italy.

"He was among the founders of the high-end women's footwear district in the area of Forlì and Cesena in the mid-20th century," said Luciana Garbuglia, mayor of San Mauro Pascoli, where Rossi was born in 1935 and where he founded his brand.

French luxury fashion group Kering took over the brand in 1999. It then passed into the hands of the Italian private equity fund Investindustrial in 2015, when Rossi had already retired. – Reuters 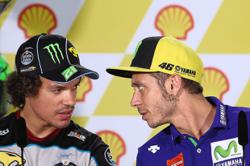 Franco embraces his roots – and Rossi