The Patek Philippe Museum, home to some of history's most important timepieces

The charming Dr Peter Friess, who is the curator of the Patek Philippe Museum is a man who knows a lot about time and talking to him makes one appreciate it even more.

His job is a most distinguished and interesting one in the eyes of watch enthusiasts and when we delve into his knowledge about timepieces, we get drawn into the wondrous world of watches. You may think you already know a lot about horology but he is still able to give grains of insight that leave you amazed yet again.

Friess started his career as a watchmaker and he has a master’s degree in watchmaking. He also has a full education as a restorer of watches. “So, I’m very savvy when it comes down to clocks and watches and I built my own clocks and my own watches. On top of that, I have an education as an art historian and the PhD, ” he explains. Friess feels that all this help him to create the cultural background for all his work and he feels the combination of this is what makes everything come together.

When asked by someone on what it is like to be a caretaker of some of the most important timepieces in history, he answered, “It is a very privileged position.” He shared that the company and family that owns the museum put a lot of trust in its curators and the people working there. It certainly is something to be impressed by and he adds, “It’s not only me. It’s a group of people and you know, a museum is a very expensive endeavour. There are lots of issues. You have to keep it constantly modern, if you have, every year, 60,000 to 70,000 people walking through it... new carpets and this and that.” He also adds with a smile, “We’re very expensive too, ” referring to his role as a curator. In a heartfelt manner he emphasised, “I think it’s very nice of the company and family that they make the effort to provide the funds and make it possible because it’s not only helpful for the history of Patek Philippe, but for the whole field of watchmaking.”

He said it is also important for the cultural image of the city and the reverberations are enormous. “The impact is huge. Right now, as I said, there is no other place in Switzerland, in Geneva, not at all, that provides as much information about the history of watches as we do.“

He went on to add that Patek’s most important contribution was when Adrien Philippe invented the stem winding and time setting system. This is basically the first one window of 1842 and after that Patek Philippe added the crown to the watch.

“They used to have the key and you know, with a key you can lose it and you may not be able to find it. So, now the crown was fully attached to it so you cannot lose it. The key would also scratch either the dial or the back of the case because you have to fiddle with it and put it into the hole.

"And, with that innovation, the company within 10 years turned the market upside down. They had to find the watchmakers to build those movements and they had to be trained in accordance with what Philippe wanted. So really, he was a game changer and we would say today that every watch we have, every mechanical watch has a crown.”

Friess also elaborated, “I would say the most obvious contribution of this company to the history of timekeeping is adding the stem winding and setting mechanism.”

He stated that Patek Philippe is a big player and what he likes about the brand is, “You can see it in this whole exhibition very nicely. When you walk yourself very carefully through, you learn that this company uses the brains of people and the mechanical skills of their fingers to build the most beautiful timepieces in the world and you will not find many other companies or any other company which does it on this level.”

Regarding the Singapore and South-East Asia room, his response was, “You know, whenever we go abroad, like here, when we came to this part of the world, we definitely talked to the people. We try to find objects which relate to the market.” From what was seen they did showcase some magnificent watches which resonated with the market and Friess helped to make the selection.

On what he wanted the experience to be like for first time visitors to the exhibition, he shared, “We want to give everybody who comes here, in a short period of time, maybe two or three hours, a good idea of why watches were built at certain times or which precise reason, and so we have little stories in each case.

"When you go through the audio stories, they explain things like in the 17th/18th century, people needed watches to navigate. We just try to give people knowledge in a language or way that they can understand... what a watch really means.” 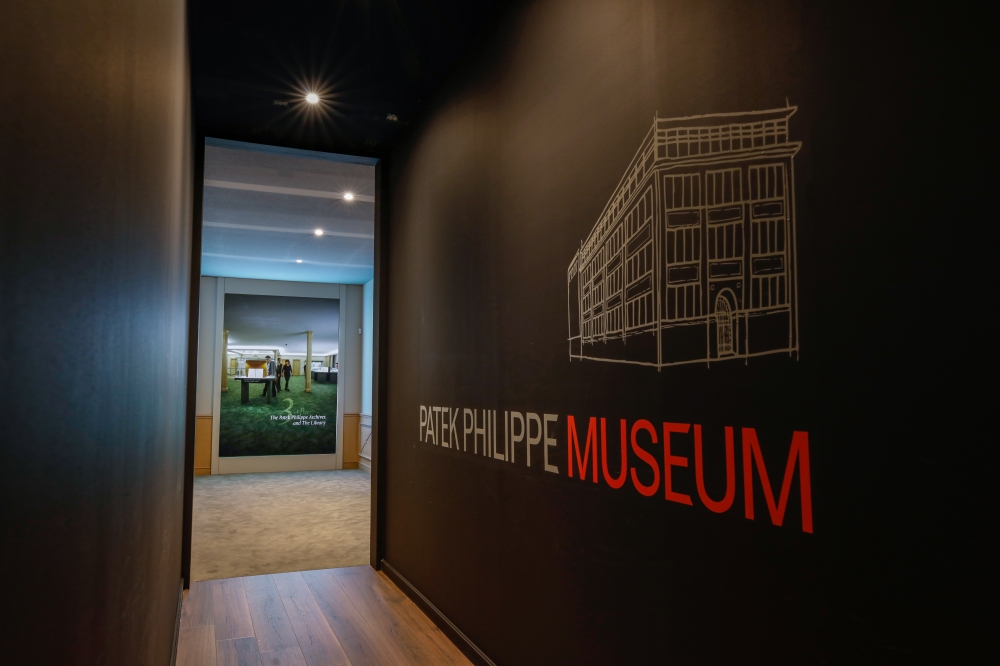 The past intertwines with the present and comes alive in one marvellous space at the Museum Room.

The Patek Philippe museum does not only address the public... it also addresses the employees who work for Patek Philippe in order to educate them about the history and so forth of timepieces.

Friess feels watchmakers are like engineers, and says, “It’s sometimes helpful when I have a very interesting watch, you know. I say, ‘You should look at this piece, maybe you can learn something from it.’ So then the watchmakers come to the museum, the engineers come... we take the watch apart, discuss it, and then they go and do whatever they do. Maybe we were helpful, maybe they knew it already.” However, some useful knowledge was certainly shared.

When someone enquired about how he engages today’s more tech savvy audience with technology, he said, “We have introduced an iPad, which every visitor receives when he or she comes to the museum. And with the iPad, the person can have an audio tour in front of a showcase.”

They have around 25 hours of audio tour where they provide all the social cultural background of the pieces. “We explain every piece in detail. This information would never fit on a small label.” The visitor will get the reference numbers and years, some history, etc

He enthuses, “My iPad also provides photographs — up to 10 photographs for each piece. When you look in the showcase you see just one side of the watch. You never see what’s on the other side. Sometimes you can put a mirror, but in general, you never see what’s inside, right? So we have photos of all the paintings, whether they’re outside or inside... we have photographs of the movements. So you get a very good overview of what each watch is all about.”

On whether he has a favourite piece, he said he was not telling us and it’s because he feels every piece has a specific and very interesting story. He says, “It’s so sad to judge just because it has more diamonds or nicer colours.”

Friess gave this insightful interview when he was in this part of the world for the Patek Philippe Watch Art Grand Exhibition in Singapore. The past, present and the future... you could see it all in the incredible web of time as you looked at the exhibits.

If you missed the exhibition, do go to the Patek Philippe museum if you are in Geneva. What is wonderful is that when Philippe Stern started the museum, he dedicated it to the city of Geneva and this means that it is a museum that is open to the public.

It is open to visitors in the afternoons. Head there for an extraordinary experience into the world of horology.