Prosperity at your fingertips

As a tribute to the Year of the Rat, JJ Nail Studio highlights the mouse in an auspicious red-themed nail art design. -- AZLINA ABDULLAH/The Star

Chinese New Year-themed nail art designs are just the thing to start off the Year of the Rat. Whether it’s modern, traditional or a blend of both, these nail art designs were specially created to put you in the mood for the festive celebrations.

While red is a popular colour as it’s meant to bring good luck and keep evil spirits away, you can also choose gold for wealth and prosperity.

Nail salons are also looking at colour trends set by the Pantone Color Institute and they are totally on point in including this year’s colour, Classic Blue, in nail art designs for Chinese New Year.

While red, gold and blue are key shades, the star is definitely the motif of the rat – with 2020 being the Year of the Metal Rat – we are seeing the most adorable interpretations of the rat.

The rat is the first of the 12-year cycle of animals which appear in the Chinese zodiac cycle. While it has a less favourable reputation than other more “lovable” animals, its spirit and characteristics is synonymous with being clever, a quick thinker, alert and adaptable.

So, if you wish to be clever, quick, alert and adaptable in 2020, then show it off on your manicure to attract the delightful spirit of the rat this year. As a tribute to the Year of the Rat, nail artist Chow Cha Yee created a modern minimalist style with an oriental illustration of the rat. The design also has Chinese landscape paintings with a red rat on a white base. Another design by nail artist Miko Tan uses the traditional art of paper cutting. Pink sakura and gold door frames are featured with the highlight being a red rat. Tan uses a white base for a soft, yet festive look. For those dressing up in Classic Blue, Chow made a delicate and dainty design with yellow flowers, suitable for all ages. Another nail artist, Carmen Chee, created a classic blue flower in an abstract design that pairs a baby blue tone with dried flowers and a marble effect. It gives the look of a refreshing spring breeze vibe. Nail artist Carmen Chee's floral design with a marble effect comes with blue accents as a tribute to Classic Blue, which was chosen as the Pantone Colour of the Year. — NORAFIFI EHSAN/The Star

“Depending on the nail art design chosen, our rates are between RM60 and RM150, ” she says.

Yap says that their nail art is hand-drawn using gel polish which can usually last up to four weeks. She suggests the application of cuticle oil to keep nails and cuticle hydrated, and prevent the gel from cracking.

“Traditionally, the most popular nail colour for Chinese New Year is red, along with gold and some glitter. Both represent luck and prosperity, so these are auspicious colours to wear during the festive season, ” says Reyes Chan Siew Mun, manager of JJ Nail Studio in Kuala Lumpur.

However, Chan points out that women are now opting for more modern colours like pink for Chinese New Year, and a more natural and shorter nail is on trend. “As a tribute to the rat, since this is the Year of the Rat, we have created a few designs centered on the mouse, playing with colour placements and accompanying motifs like cheese.” A pair of mice painted in auspicious glittery gold to help you usher in Chinese New Year. — AZLINA ABDULLAH/The Star

“Nail art is a basic skill for manicurists, and it’s actually a skill that is lost among younger nail salon owners who rely on the nail art printer.” 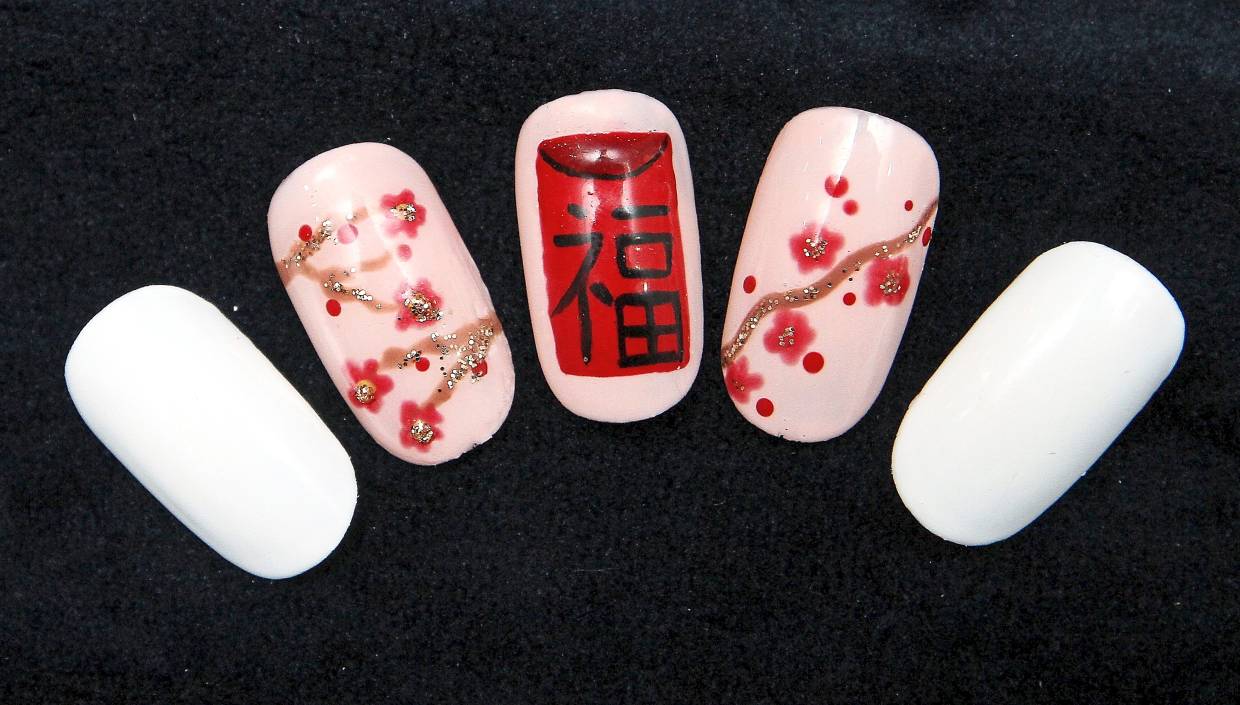 Chan says drawing Mickey Mouse, for example, is more challenging due to the detailing. It is also time consuming as you need to draw in the eyes, lips and ears. An adorable furry grey mouse with pink ears looks hungrily at its favourite food on the next nail. — AZLINA ABDULLAH/The Star

“Our rates are between RM150 and RM200 for a full set of manicure and the final price depends on the nail art design chosen and the number of nails that require the intricate nail art, ” Chan says.

“Our nail art is done with gel nail colour and it’s finished with a gel top coat, and this can last for about a month.”

Grace Yintang, chief manicurist for Jac & Ivy Nail Spa in Kuala Lumpur, says that nowadays minimalism is a trend in fashion and this extends to nail art.

“We would like to define the design of nail art by creating minimalist yet elegant designs for women to complement their Chinese New Year outfit.”

Yintang says the mouse design is popular, along with the traditional colour of red for nails. 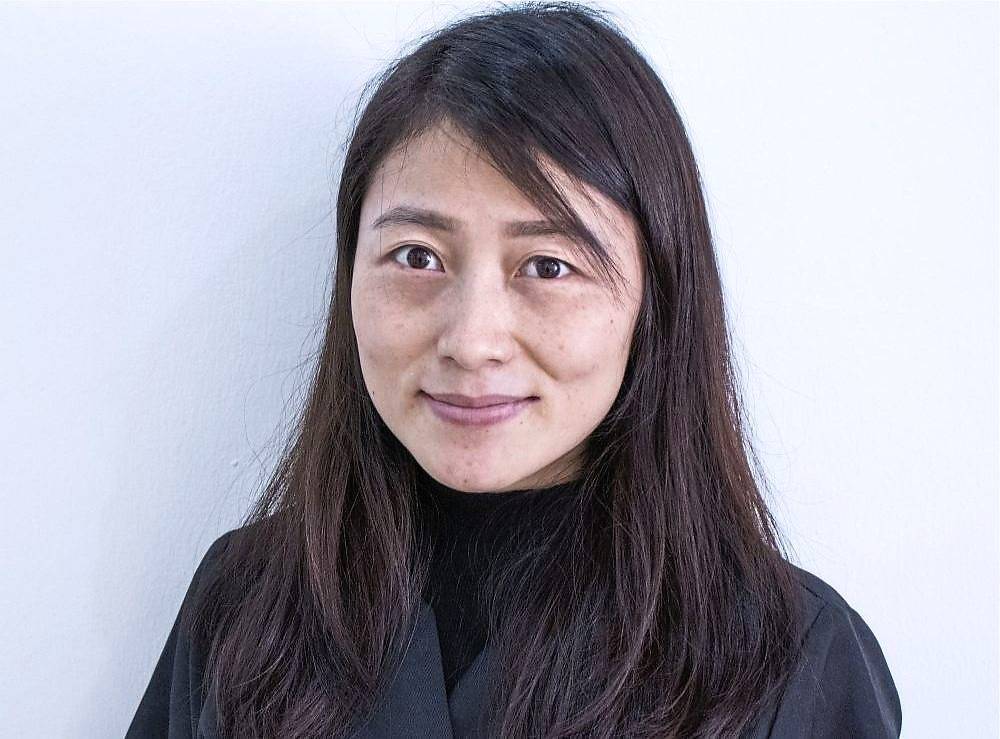 “Based on a minimalist style, we have designed a simple but cute rat as a tribute to the Year of the Rat.

“We also chose yellow instead of red to make it distinctive, but at the same time, to bring out the feeling of the festive season, ” she says. 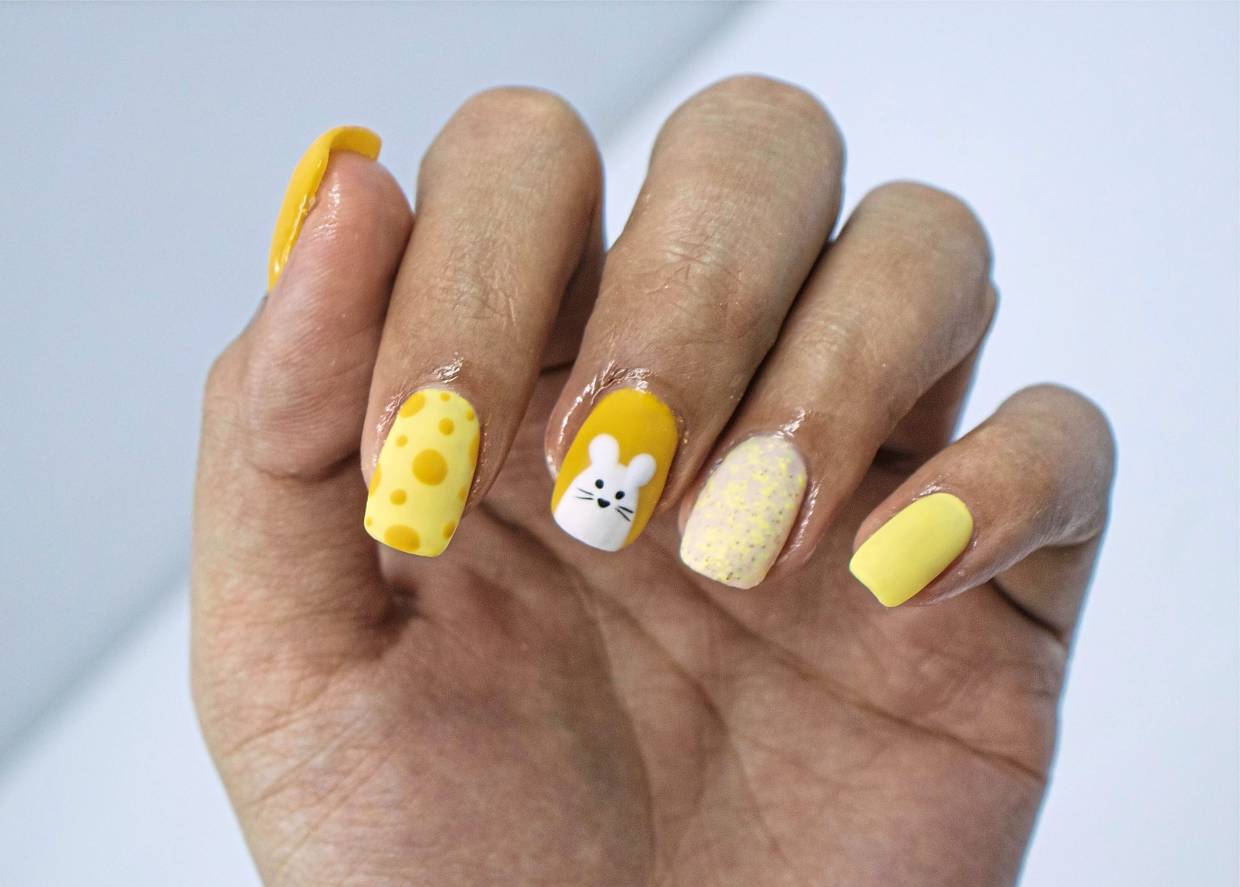 For their option of blue floral nail art, Yintang explains; “Chinese New Year is Chun Jie or the season of Spring, and blue represents the season of Spring in Chinese culture. It also symbolises immortality and advancement. Blue is also Pantone’s Colour of the Year for 2020, so it’s certainly the best choice to wear.” Yintang says their nail art prices range from RM30 to RM100, and it depends on the nail art design chosen and number of nails that require the nail art. 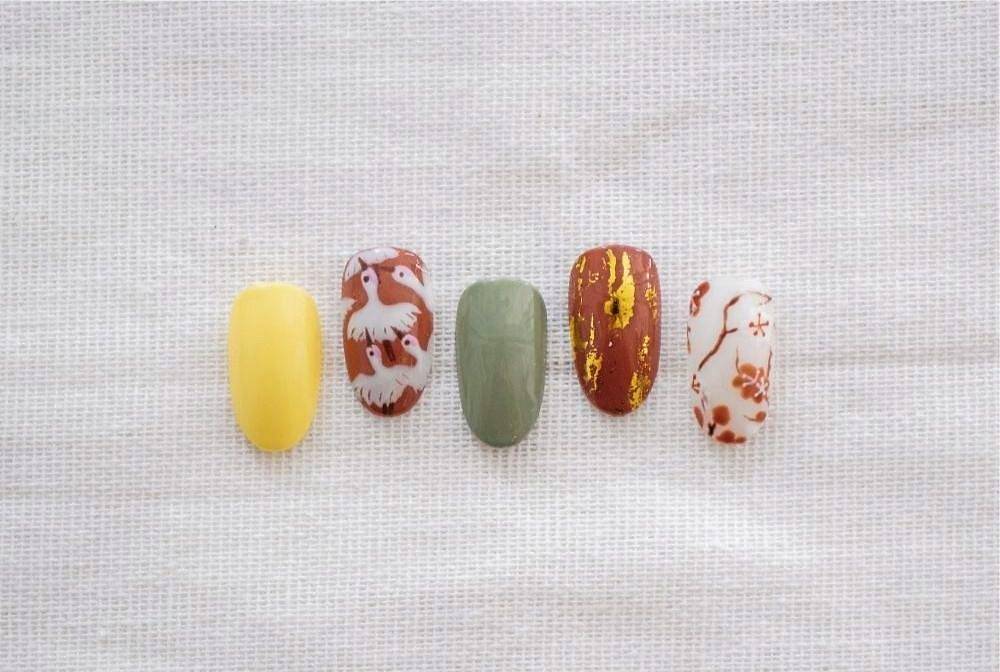 “All our nail art is hand-drawn and we don’t use any nail printer.

“Also, for nail art, it has to be applied on gel colour to last longer. Normally, it will last for three weeks to a month, depending on the customer’s personal care, ” she says.