Why has K-beauty grown to become such a huge craze?

Who would have thought that snail mucus, donkey’s milk and horse oil would be something entirely normal in a beauty routine? Or a 10-step skincare regime, though by now we’ve all whittled it down to about five and let’s not forget sheet masks. That’s the power of the South Korean beauty market.

In a culture obsessed with youth and beauty, it was inevitable that the skincare products seen on the pristine perfection of its hallyu stars would make its way worldwide, igniting a beauty revolution.

Previously, Western countries dominated the skincare and makeup market. Most majors brands at that time came from the United States or France, and set the trends.

Then, sometime in the early 2000s, K-beauty started to gain popularity worldwide. Revolutionising the industry and changing mindsets, it was successful at setting a new perceived ideal for what the average woman must look like.

In K-beauty, traits like innocence and a healthy glow are important. While American girls for example, want to appear as sexy and grown up, South Koreans try their best to apply makeup to enhance their youth. Even the makeup packaging has bright colours and a youthful vibe.

K-beauty also puts a heavy focus on skincare, as the aim is to not have to cover imperfections in the first place. Instead, it calls for having a clean and smooth complexion that can then be enhanced with using cosmetics.

While its popularity in Southeast Asia was almost immediate, it took a little longer elsewhere. In the US, K-beauty started entering the market around 2012 with collaborations between Korean beauty brands and US retailers like Sephora. Then there was K-beauty retailer Soko Glam and Peach & Lily in 2012, which made it easier for Americans to get the products.

“Popular K-dramas such as My Love From The Star, which came out in 2013, only helped further push the trend. Then you have beauty influencers from South Korea like makeup artist Pony, who became a hit by posting up K-beauty tutorials.”

As it is, Pony currently has more than five million subscribers on her YouTube channel and six million people on Instagram. And it is not just the Korean girls who have helped push K-beauty.

The boys are no stranger to skincare – or makeup, for that matter. In Seoul, it is common to see them walking around with their faces all dolled up.Enter the label “flower boys” (or kkonminam in Korean). It refers to young men who are concerned with personal style and fashion. Their lifestyle also often includes wearing make-up such as eyeliner or lip gloss.

Another big drive to the K-beauty trend is K-pop stars. With their distinct looks, they have greatly helped introduce Korean makeup to their legion of fans around the globe – and thus, the general public.

Most of them are the face of makeup brands too. Take for instance Jennie Kim from popular girl group BlackPink. She is currently fronting Hera, one of South Korea’s most trendy beauty brands.

The boys of BTS, on the other hand, have had a long-time relationship with VT Cosmetics. They have been collaborating with the brand to release everything from cushion compacts to lipsticks and eyeshadows.

“K-beauty gained its popularity not only in Asian countries. Western cosmetic brands are aware of K-beauty and they are seen incorporating the trend into their cosmetic products as well,” Moo points out.

“For example, the cushion foundation was a product that originated from South Korea. But now, it is widely seen in Western beauty brands such as Bobbi Brown, Estee Lauder and much more.”

In Malaysia, Korean brands also came in around the 2000s but the past five years or so saw a surge in popularity. Etude House, the brand that Moo works for, operates under the AmorePacific Corporation. This South Korean beauty and cosmetics conglomerate is said to be among the largest in the world.

The AmorePacific Corporation also manages Laneige, Innisfree, Mamonde, Sulwhasoo and Ryo in Malaysia. And it is not stopping there, the company is reportedly bringing to our shores even more K-beauty brands by next year.

“The cult status of K-beauty is driven by consumers who want the skin of Korean celebrities, who supposedly use the products,” explains Margaret Chin, general manager of AmorePacific Malaysia.

“In the 2016 drama, Descendants Of The Sun, there’s a scene where Song Hye-kyo’s character uses a Laneige Two Tone Lipbar as a marker to write something on a board when she gets into trouble. Shortly after, that particular shade of lipbar was sold out worldwide.”

“Instead, it highlights age-defying porcelain-like skin and natural colours that blend well with one’s skin tone. Korean skincare is also more suited for Malaysian weather because of its fresh and light texture and it has been made specifically for Asian skin.”

With the Hallyu wave growing stronger each year, it doesn’t look like the K-beauty influence will fade out anytime soon.

Beauty brands are quick to snap up K-pop stars for their campaigns. Pictured here is Jennie Kim of Blackpink for Hera. Photo: Instagram/@herabeautyofficial

Cushion foundations became popular in 2016, and is now everywhere. Walk into a beauty store and probably all brands (whether Korean or not) have their own versions of the product. A cushion foundation is simply a dispenser that diffuses watery creams through a sponge, providing a thin veil of colour.

The glass skin craze is a rather recent K-beauty trend. Making its debut in 2017, it calls for a person to have absolutely clear, luminous and seemingly transparent skin. Not just smooth, mind you, but poreless and glowing – just imagine looking at the surface of a porcelain glass.

In 2013 or so, BB, CC and DD creams were huge. Despite the variations between the three, they have one general purpose – to give the user a bit of colour with a moisturising benefit. Think of it as a foundation but with skincare properties. These creams are now not heard of much, as they have been replaced by the cushion foundation.

Double cleansing is a skincare method that most Korean women swear by. It hit peak popularity globally in about 2016. All a person needs to do is start washing their face with an oil-based cleanser, followed by a gel or cream cleanser. This is said to first lift dirt and grime, after which they are easily removed.

The K-beauty 10-step skincare regime came to light in 2018. It starts with cleansing with an oil cleanser followed by a foam cleanser (from the double cleansing method), then exfoliating. After that, apply a toner, essence, serum or ampoule, sheet mask, eye cream, moisturiser and sunscreen.

Why has K-beauty grown to become such a huge craze? 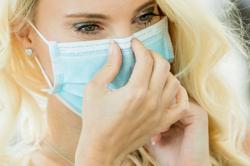