A husband’s conjugal rights don't include raping his wife, and activists are urging the government to protect women from marital rape. — Photos: 123rf.com

When her husband of seven years hit her for speaking up, Neelambika knew she had to get out of her abusive marriage. It was the first time he’d struck her but she had endured years of emotional abuse prior to that.

She decided to take charge of her life and asked him for a divorce. He refused at first and then set unreasonable conditions, particularly in relation to the custody of their son.

While negotiating their divorce, Neelambika started sleeping on the sofa in the living room, to distance herself from him.

That’s when he raped her.

“He returned home one night and forced himself on me. It was vile and there was no way for me to resist. I wished for the ground to swallow me up.

“When he moved away once he was satisfied, I sobbed silently with pain. I felt nauseated ... as if I’d died inside.

“Every night, I’d cringe at the thought of his next demand. He felt entitled to use my body.

“It wasn’t about satisfying his lust. He was wielding his power by taking advantage of my vulnerability,” she shares.

“I was an emotional wreck. I battled hurt, anger, bitterness and the loss of my self-worth. I became withdrawn and my heart hardened,” she says.

Marital rape is a deeply dangerous form of domestic violence for the victim is subjected to repeated assaults with no avenue for recourse.

So, when Deputy Minister in the Prime Minister’s department Hanipa Maidin announced in Parliament last week that the government had no plans to criminalise marital rape because such cases would be “hard to prove”, Neelambika felt let down.

“I am extremely disappointed. Marital rape is rape; it doesn’t matter that the perpetrator is your spouse.

“Domestic violence isn’t limited to physical abuse. Forced sex on a spouse is not done out of love. It is lust and a wielding of power and control.

“Marriage is a partnership where a wife has equal rights. Is she expected to be subservient and submit?” she questions.

Neelambika’s rape took place close to 30 years ago, but she is still traumatised by the assault. Speaking about her rape still dredges up a lot of painful memories but she has decided to tell her story to support other victims and to urge them to leave their abusive relationship.

“Women need to know that they can get out. There aren’t many stories about marital rape in the news but it happens. It happens a lot,” says Neelambika, who now volunteers at the Women’s Aid Organisation (WAO), a non-government organisation that advocates for and supports abused women seek justice and find safety.

Marital rape is sex without consent that happens within a marriage.

“What consent means is that both partners have freely agreed to have sex. If one partner does not consent, then it is rape. Spouses are not exempt from asking for consent simply because they are married,” explains WAO communications officer Tan Heang-Lee.

And, marriage doesn’t give either spouse irrevocable consent. Although data around spousal rape is scant, a 2014 study by Universiti Sains Malaysia found that some 100,000 women in Malaysia have been raped by their intimate partners, in their lifetime.

About a third of the women who sought refuge from WAO last year experienced sexual abuse.

“It is a common form of domestic violence and it happens a lot,” says Tan.

Section 375A of the penal code pertains to any man who causes hurt or fear of death to his wife in order to have sexual intercourse.

However, an exception to the law – sexual intercourse by a man with his own wife by a marriage which is valid under any written law for the time being in force or is recognised in Malaysia as valid, is not rape – clearly excuses husbands from rape.

Hanipa doesn’t dispute the prevalence of marital rape. But he negates the need to criminalise marital rape simply because chances of conviction would be low.

So far, he states, only one case has been reported under section 375A since the law was enacted in 2007, and that too was withdrawn before it went to trial.

Tan: By not recognising marital rape, we are sending the message that it’s ok for husbands to rape their wife. Photo: WAO

“The Deputy Minister’s excuse is disgraceful and irresponsible as it implies that when an issue is deemed “difficult”, it’s okay for the government to turn a blind eye to it.

“Just because the deputy minister finds that the “chances of convictions” will be low does not negate the existence of such violence in our society or the suffering experienced by women trapped in these predicaments,” says Sisters in Islam executive director Rozana Isa.

Marriage, activists insist, is not a license to rape and instead of protecting all women from such a violent crime, current Malaysian law empowers abusive husbands.

“If we don’t change our laws, we are continuing to enable abuse. Malaysia is one of only 28 countries out of 178 reviewed by the World Bank in 2016 with marital rape exemption laws. This makes Malaysia one of just 16% of countries that have not progressed,” says Tan.

Lack of political will

This isn’t the first time the federal government has shut down lobbyists fighting to criminalise marital rape.

In 2003, an anti-rape task force comprising various women’s groups submitted a memorandum to the Attorney General’s chambers, the Women and Family Development ministry and Members of Parliament calling for marital rape to be recognised as an offence.

Suhakam too submitted a report to the parliamentary select committee proposing amendments to the Penal Code and Criminal Procedure Code but these suggestions were slammed by religious intellectuals and others as going against religion and ruining the marriage institution.

Most recently in 2015, non-government organisations tried again, through the then de-facto law minister Nancy Shukri. Once again, their calls fell on deaf ears.

Instead, Perak Mufti, Harussani Zakaria said then that men could have sexual intercourse with their spouses even if the woman does not agree as a Muslim woman has no right to reject her husband’s demand.

Muslim women’s rights group Sisters in Islam vehemently disagrees with this interpretation of the religion.

“The Holy Quran demands that husbands treat their wives with kindness, affection and mercy and that they are meant to be protectors of each other.

“The act of forcing sex onto their wives goes directly against Islamic teachings as marital rape is a form of physical abuse and mental torture,” it said in a statement responding to Hanipa.

SIS added that according to the Congress of Indonesian Women Ulama (Kupi), sexual violence is the most brutal expression of oppression and that it aims to subdue, conquer or demonstrate dominance and power over the victim.

Although women’s groups have been engaging with the Women, Family and Community Development ministry in recent months, neither its minister Datuk Seri Dr Wan Azizah Wan Ismail nor deputy minister Hannah Yeoh have made any statements on the issue.

“We don’t need to create a new marital rape offence," says Tan." We simply need to remove the exception in Malaysia’s rape law. We urge the government to reconsider their decision and recognise marital rape as as rape.” 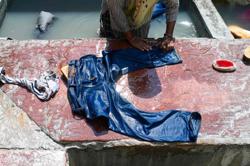