Soprano singer Jashari said it was the compassion of strangers that made her understand that kindness should be paid forward. Photos: AP

Helping her elderly father beat his coronavirus infection on her own taught Arta Jashari how the power of one can offer hope to others and change things for the better.

The 32-year-old soprano took it upon herself to treat her father, Baki Jashari – the Kosovo Philharmonic’s maestro who suffers from diabetes and a heart ailment – after she discharged him last June from the country’s overwhelmed Pulmonological Clinic.

Under quarantine, the job was difficult. It was with the kindness of neighbours who provided Jashari with food and other essentials that she was able to cope.

Her father recovered a month later, but it was the compassion of strangers that made her understand the world is in this together and that kindness should be paid forward.

Jashari, a famous artist at home, resolved to help by donning protective gear and heading back to the Pulmonological Clinic to offer whatever assistance she could.

“You give them hope when you are around. They know that you are here to help, ” she told The Associated Press. Jashari checking a patient at the Pulmonological Clinic in Kosovo's capital Pristina.

Jashari has no medical training, but assisted doctors in any way that was needed, offering succor to those suffering either at the clinic or at home. For patients recovering at home, she would often act as a liaison between them and the overworked medical staff, even guiding nurses to some who needed hands-on treatment.

Flamur Marku, a pulmonologist at the clinic, said everybody could hardly believe “why somebody is risking her health, risking getting infected”.

“Even with protective clothes and other things, it is always more dangerous to be with a patient with Covid-19, ” Marku said. “It was a great thing from her.”

Jashari never received official permission to help out at the clinic, but no one ever got in her way.

“I never thought about whether it would be a problem for me if I got infected or not because I think people’s lives matter more than if I get infected or not, ” said Jashari. What’s most important is just being there, she said, for patients who “long for your presence, since they need so much support emotionally”.

Jashari graduated from universities in Pristina, Berlin and Ljubljana after studying singing. She works with the Kosovo Philharmonic. The apple didn’t fall far from the tree – Jashari’s mother is also a soprano. 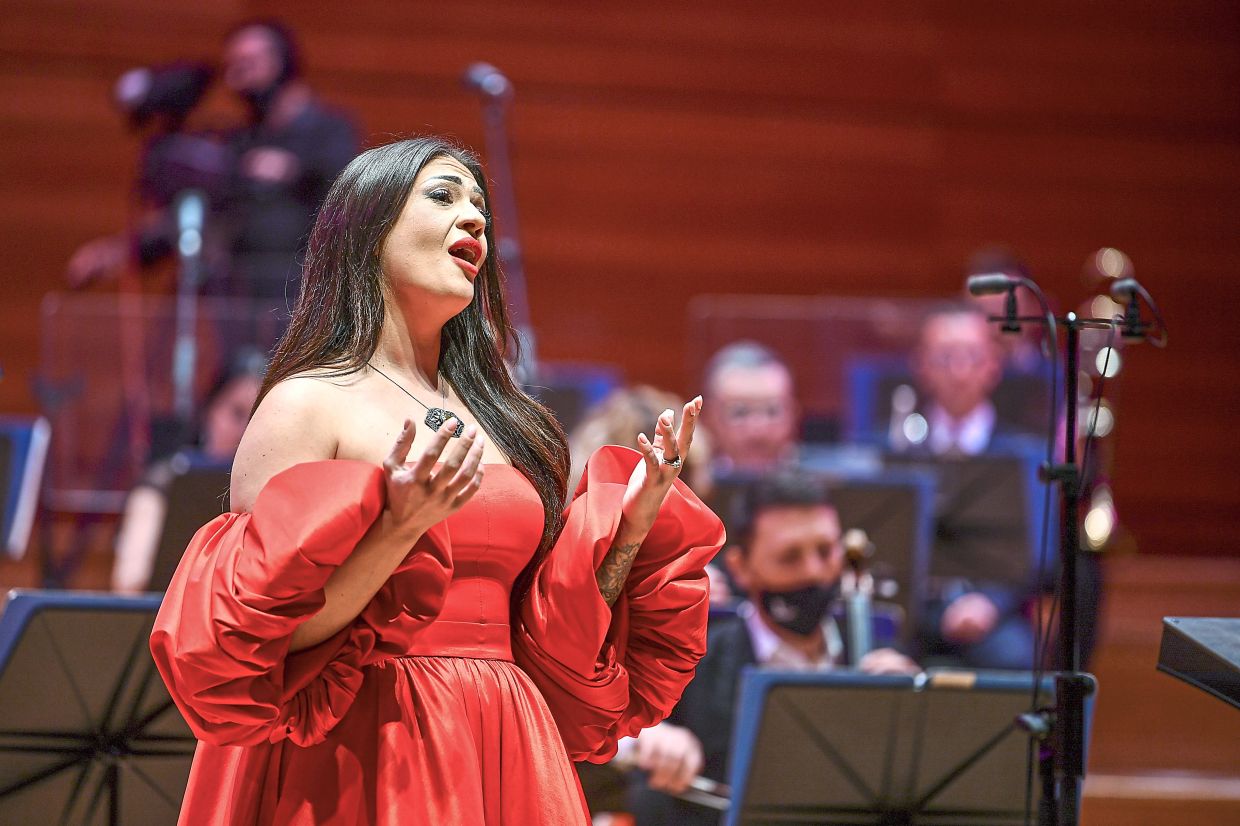 Jashari performing at a concert in Skopje, Macedonia, last December.

A concert in late February was among the very few held over the past year because of the pandemic.

Jashari said she misses the intensity of a full season of concerts, which are now held mostly online or with a very limited audience. But her time at the clinic, combined with translating world operas into Albanian, have kept her busy. She says the outpouring of love in any performance is similar to helping out at the clinic.

“You give so much love and so much hope and so many emotions... and here (at the clinic) it is the same.”

Kosovo has had 1,674 virus-confirmed deaths and over 73,600 cases, according to government data tallied by Johns Hopkins University. To try to limit new infections, the government has ordered an overnight curfew and banned public gatherings of over 50 people.

It was difficult to get Jashari to open up about her outreach to Covid-19 patients. She has shunned the spotlight, saying she hasn’t done this for publicity.

“I think it’s very important that the entire world now is going through the same situation and (the pandemic is) restoring humanity in the world, ” she said. – AP