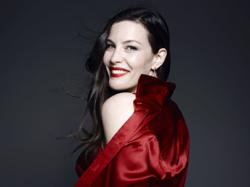 Ahead of the show, the seven bandmates – RM, J-Hope, Jin, Suga, Jimin, Jungkook and V – met with reporters to answer questions about their Wembley debut, their ongoing stadium world tour, the band’s collaborative projects and their thoughts on being called “the Beatles of the 21st century.”

Here are excerpts from the press conference, translated from Korean.

BTS recently paid tribute to the Beatles on The Late Show With Stephen Colbert. How did you feel about the show and about performing in the land of the Beatles?

J-Hope: I feel immensely honoured. We had a chance to re-enact (a Beatles concert) for the show, and it was such an honour because the Beatles are artistes I really like.

For BTS, we would like to show BTS’ true colours through our music and our story. In the UK, we want to show more sides of ourselves. Wembley is a big and historic place and we have been looking forward to it a lot. We would like to return with a great accomplishment behind us.

Is there any British band you’d like to collaborate with?

V: For a long time, I have loved Coldplay and I have always enjoyed listening to their music. We turned on Coldplay when we got in the car in the UK. In the past, I had a chance to go to a Coldplay concert. If there’s an opportunity, I would like to collaborate with Coldplay.

RM: They came to Korea like years ago, and J-Hope and I went to their concert. We saw Chris Martin and the other band members, and it was a great memory. I think everybody loves Coldplay. Also, it would be such a great honour to collaborate with Paul McCartney.

In the past, you said everything around BTS moved so fast that sometimes it was too much. Now in 2019, you are the biggest pop group in the world. How do you work on being creative when your schedule is so crazy?

RM: This is a very big question and important at the same time. This is about how we are going to survive and how we face our own existence. I said in 2018, “When you grow up, your shadow gets longer.” If I get taller, my shadow becomes longer – I think it’s like that.

Many reporters ask us how we deal with and get over hardships ... and all the band things. I always answer that there is no getting over things. We just have to be friends with our shadows. Sometimes it’s too much and it’s too hard and too big for us.

To live and survive as artistes and as humans who try to love ourselves more, we need to make friends with our shadows. We have our own ways of keeping it creative. For me, personally, I love to go to the park, see the trees, see the water, I love to shop, I love to go to museums.

Our new album is titled Persona. My persona is RM and my other persona is Kim Nam-joon, a normal 25-year-old guy in Korea. We have to keep those personas.

You have set another record by performing at Wembley. What’s the future BTS is dreaming of?

Jimin: I don’t want to limit myself to only records. Since the Love Yourself tour, I have wondered how long we can continue to do this kind of performance. I don’t know how long, but I want to continue to share good music and synergy with people that cheer for us for a long time.

Jin: My personal wish is to do a show for many people, with no limits on the audience. Because the number of seats is always limited.

The global media are calling BTS “the Beatles of the 21st century.” What are your thoughts about this?

RM: All popular boy bands in the history of music have always been compared to the Beatles. I think it’s fair to say a lot of musicians have been influenced by the Beatles. We were very grateful to be called that, and it makes us feel that we are doing good. It’s an honour. – The Korea Herald/Asia News Network 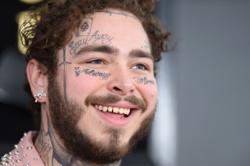 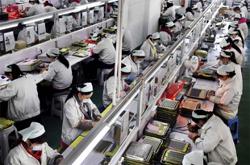