Karl Lagerfeld once created a Walmart-sized “Chanel Shopping Center” to show off his ready-to-wear collection. It featured aisle upon aisle of luxury foods labelled “one for the price of two”.

Immediately after models had paraded through the aisles, guests raided the shelves. Rihanna posed in a shopping cart, and Keira Knightley looked on amazed.

“Luxury should be worn like you’re going to the supermarket. It’s the pop art of the 21st century,” Lagerfeld said, his eyes barely visible behind his enigmatic shades.

The show was the type of presentation that came to define much of Lagerfeld’s six-decade career at the top of fashion.

When Chanel fell into decline following Coco Chanel’s death in the 1970s, its new owners looked for a larger-than-life designer to wake up the house from its creative coma. The German-born Lagerfeld, a contemporary of Yves Saint Laurent with a strict ponytail and tight collar, was just the man.

As Chanel creative director from 1983 until his death on Tuesday, he quickly transformed the house into a billion-dollar industry leader, a position it retains today.

Lagerfeld, who had been poached from Chloe, used his creative scalpel to modernize the house’s signature skirt suits and tweed in the 80s as the house expanded internationally, opening some 40 boutiques around the world in that decade.

His work ethic was legendary. Beyond Chanel, he also began working with Italian fashion house Fendi in 1965 and held the top job at the LVMH-owned brand since 1977.

In this 1973 photo, Karl Lagerfeld poses with models in Krefeld, Germany.

He Spoke His Mind

Yet Lagerfeld will be remembered as much for his showmanship, eccentric personality and acid tongue as for his youthful designs.

Donning sunglasses and gloves, he evolved into “Kaiser Karl” – a nickname that referred to his demanding character, put-downs and uncompromising standards.

“Sweatpants are a sign of defeat. You lost control of your life so you bought some sweatpants,” he once declared. Another time, he dismissed Saint Laurent as “provincial”.

The sheer ambition of his fashion shows was legendary, and they became especially influential in an age in which images are beamed around the world at the click of a button.

His Chanel collections were invariably the biggest on the Paris Fashion Week calendar. Chanel, it was said, put the “show” in “fashion show”.

He got into hot water for calling singer Adele “a little too fat” and said he didn’t like the face of Pippa Middleton, the Duchess of Cambridge’s sister.

“She should only show her back,” he advised.

In another interview, he created a furor by criticising Kim Kardashian as being too flashy with her money in Paris following her 2016 robbery.

Despite the sharp remarks, Lagerfeld remained surprisingly warm in person and always kept a sparkle in his eye. Jokes were delivered with a smile, even when they were clearly derogatory.

Evidence of his generous spirit could be seen in his relationships with reporters. Well into his 80s, he was unique in Paris for holding interviews for over an hour following each Chanel show. He would flit seamlessly between English, French, Italian and his native German.

Of his feelings following a collection, he once said: “I’m a kind of fashion nymphomaniac who never gets an orgasm.”

The love of his life, his cat Choupette, was also testament to his kind, if eccentric, heart. He wore her likeness as a pendant at one show and acknowledged that she has at least two maids.

She is spoiled, “much more than a child could be,” he said in 2013, revealing that he took her to the vet nearly every 10 days. Like a proud parent, Lagerfeld told a magazine that Choupette earned more than US$3mil (RM12.2 mil) in 2014 for advertising campaigns.

In recent seasons, Lagerfeld looked increasingly frail. When he failed to take his usual bow at the house’s January couture collection, sadness filled the faces of guests, some of whom had grown gray covering his long career.

For a 2012 couture display, Lagerfeld built a futuristic jetliner, with the aisle serving as the runway for models and guests gathered in “Star Trek”-style seating.

Lagerfeld was supposed to be in the vessel’s cockpit giving interviews. But he was nowhere to be found. His staff panicked that their chief had somehow slipped away just when he was needed most. They began a frantic search.

“Karl’s moved to the south part,” crackled their radios on a loop as they dashed around the elaborate set.

Then, as quickly as he vanished, Lagerfeld reappeared near the jetliner’s entry hub. Amid the spectacle, Lagerfeld was an island of calm, sipping Diet Coke from a silver platter. – AP 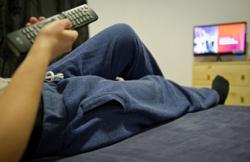