Indonesia-born Dutch singer Anneke Gronloh, popular in the region in the 1960s for her Malay and Indonesian hits such as Bengawan Solo, Burung Kakak Tua and Asmara, has died. She was 76.

Dutch media reported that she died from a lung illness in her home town in the south of France.

In the Netherlands, she is known as one of the country’s first singers to take part in the popular Eurovision singing competition.

Born to a Dutch father and Indonesian mother in 1942, she made her singing debut performing for Dutch soldiers in post-war Indonesia.

In 1959, at the age of 17, she won a Dutch talent contest, Cabaret der Onbekenden, and signed a recording contract.

She scored her first Dutch hit, Brandend Zand, in 1962, one of the best-selling Dutch singles of all time. She also released another version of the song retitled Oh Malaya, and, later, Oh Malaysia.

In 1963, she was listed in the Guinness Book of Records for scoring five gold records in 10 months.

She joined the Eurovision contest in 1964 and ended up in 10th place.

The multilingual singer also sang in English and German, and had two No. 1 hit singles in Yugoslavia with the songs Wladimir and Ximeroni, which were sung in Serbian.

She was also known to be an activist who championed AIDS-related causes and sang at charity shows. She released a 1993 single, That’s What Friends Are For, and donated the proceeds to an AIDS charity.

In 2008, she was one of the guest singers who performed at The President’s Star Charity in Singapore and helped raise SG$5.04mil (RM15.25mil) for 31 local charities.

In 1994, she sang at the Golden Reunion concert at the Singapore Indoor Stadium with veteran local stars like Anita Sarawak and The Quests.

Three years later (1997), she was made an officer in the Netherland’s Order of Orange-Nassau for her achievements in music.

She has sold 30 million records worldwide and continued performing until last year, when she retired due to health problems. – The Straits Times/Asia News Network 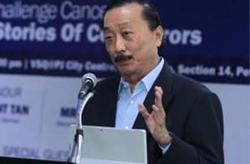 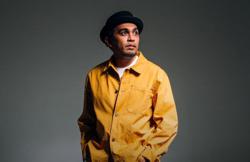