The 20-year-old Amelia, who married Tunku Datuk Harunnarasheed Putra (a member of the Kedah royal family) in August 2015, was apologetic when she made the request to have her royal title mentioned in the article.

“I’m so sorry, I just don’t want to upset my in-laws,” said Amelia, who is of Indian-Scottish parentage, during an interview in Kuala Lumpur.

Despite her title, Amelia remained true to her roots as the Klang-born daughter of a dentist mother and architect father. She arrived for the interview with her mum Jaya Rudralingam in a Perodua Myvi.

“Did you know that when my husband first met me, he got to sit in a Myvi for the first time? I laughed and said he was out of touch,” Amelia shared, adding that the car was a gift from her grandfather.

Since her foray into the entertainment scene at the tender age of one where she modelled in a commercial for baby products, Amelia seemed to have done it all.

She has hosted television shows ranging from talent programmes to educational series, starred in the late Yasmin Ahmad’s Talentime, performed stage shows in Europe and even voiced a cat in Barbie And The Three Musketeers.

But at 12, Amelia took a break from show business as she felt jaded and harassed. Now, though, she has put it all in the past and is raring to forge a new path in her career.

1. How does it feel to go from the host of Astro TVIQ shows like The English Room: Say It Right to playing, well, a character called Amelia on Oh My English! After School?

That’s the thing. I’ve done a few shows about learning English language for Astro. My brother (Alexander) and I even hosted a show on how to ace English for UPSR.

So, for the longest time, I’ve had people approach me and said they have seen me on Oh My English! but that wasn’t me.

I’m a huge fan of Oh My English! It is interesting to see how the show has progressed from a school setting to a cafe where some of the students who graduated have started a business venture. So, it has a more grown-up setting but still very much keeping to the core of education.

Amelia has been in the entertainment industry since she was only one year old.

In it, I play a waitress who helps the boys – See Yew Soon (Roax Tan), Jibam (Akhmal Nazri) and Zack (Juzzthin) – at the cafe. So, yes, I was very excited to get the part for real! So next time someone says, “I love you on Oh My English!” I can be like, “Yes, I’m actually on the show!” (laughs)

2. Some people think you’re just starting out in show business when in actual fact you’re quite the veteran, having started modelling since you were one.

I was on the talent show called Bintang Kecil and people would ask for my phone number. And stupidly, I just gave it away.

Then I started getting rape and death threats via text messages. It scared me. I would also get stuff like magazine subscriptions from an anonymous person sent to my home!

It became too intense for my mum who was managing me, so she decided that we should take a break.

During the break, I focused on school and also pursued ballet, tap dancing and Latin. I even learned how to sing, play the drums and the clarinet.

How was all that possible? I didn’t have a social life (laughs). I like that I had the chance to lead a normal life like any teenager.

3. So what was it like to start all over again?

What’s important for me now is to pick projects that speak to me. People assume that because of the way I look, I should be playing an anak orang kaya (rich girl). I have been offered such roles but I turned them down.

4. Do you read comments about yourself on social media?

I’m very careful of what I post on social media. I don’t swear, make political statements or post anything offensive. It’s my style. I’m clean and boring.

I noticed that I got a lot of hateful comments when I announced my marriage. I was accused of being a gold digger. I had people telling me I should have stayed single so I can go further in the entertainment industry. I’m going to be the author of my own life and career.

But I was not prepared for people to post mean comments about my husband as well. Fortunately, he doesn’t care. He has no ego. Whenever he looks at nasty comments, he just laughs it off. One person made fun of his eyes and he said, “Well, my eyes are sepet ... so?”. He really doesn’t mind.

In 2011, Amelia was cast as Melati in Yasmin Ahmad's Talentime.

5. Is it true you’re a member of the oldest and largest high IQ society in the world, Mensa International?

I was 14 when my mum saw a Mensa ad in the paper and she encouraged me to try it out. At the test, I had to do a standard Ravens test of 60 questions. I got my results back and I got everything right. Mensa certified my IQ as 180.

To this day, it is one of my proudest achievements. I feel like it reminds me that I have substance and I’m more than just just how I look. I may look alright now but wait till you see me without my makeup. You’ll be horrified ... 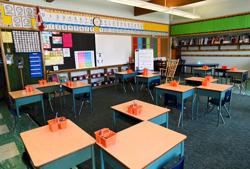