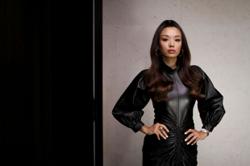 Man of many talents: ‘These days, I love crunching numbers with my accountant as much as I love designing collections,’ says Datuk Zang Toi regarding the running of his own successful business. Photo: GLENN GUAN/The Star

The Malaysian designer means business when it comes to plying his trade.

IT may seem like a glamorous life to lead. After all, a fashion designer is often surrounded by beauty. From gorgeous clothes to good looking people and exciting runway shows, it almost makes regular nine-to-five desk jobs the stuff of nightmares.

Then again, fashion designing is still hard work – or at least if one wants to succeed at it like Datuk Zang Toi has. According to the Malaysian designer, making it big in the industry takes more than just being able to sketch the next big trend.

“It’s one thing to design a beautiful collection, but you need to bring it life. That’s where you put on another hat – you have to be a ‘travelling salesman’ to sell a collection to pay for another collection,” explained Toi. “Fashion business is one of the toughest businesses. You struggle and continue doing what you love until you get your big break. Sometimes, that can take ten years, or if you’re very lucky, maybe two.”

Kelantan-born Toi is known the world over for his elegant designs. His atelier House of Toi is located near Manhattan’s Fifth Avenue, and produces high-end clothes for fine specialty stores in the United States. He first landed in New York City at the age of 20 where he studied at the distinguished Parsons School of Design. A year after founding his atelier, he caught the eye of editor-in-chief of the US Vogue Anna Wintour and was featured in the magazine.

Among his rich-and-famous clientele now are Melinda Gates, wife of Microsoft billionaire Bill Gates; actresses Kirstie Alley and Eva Longoria; pop-star Fergie of Black Eyed Peas; and Saudi princesses. At a dinner for Malaysians in the US hosted by Datuk Seri Najib Tun Razak last year, Toi received special mention. He was described by the Prime Minister as “a success story of a boy born on the second floor of a grocery shop in Kuala Krai and succeeded as a fashion designer”.

The 54-year-old however remains very modest about his achievements. To him, humility is a trait that everyone should have. He pointed out that he couldn’t have made it this far without his team’s help.

“The seamstresses and pattern makers, for examples are keys to a designer’s team. Also remember to always be nice, kind and respectful to the people who work for you – even when you’re successful,” he commented.

Toi was speaking at a casual evening tea session organised by government investment arm MyCreative Ventures. The company’s Fashion Pitch initiative is entering the final week in its call for applications. The deadline is March 27.

Running for the third year, Fashion Pitch invites business-inclined style enthusiasts to submit their creative plans for judging. Selected individuals will qualify to apply for loans of up to RM2 million. The initiative is aimed at offering those who are keen at starting a fashion business gain a jumpstart at realising their dreams. In relating the experience of first founding his label, Toi joked that he was not as lucky.

“I started my business with a silent partner who contributed US$50,000 (RM185,000). A large chunk of that money went to rent. As you know, rent in New York City – even back then – is very expensive,” he stated. “While the challenges in fashion are still the same, it may take more in terms of the cash you need to start a business in the industry today. I managed with what I could get then, but I’m not sure whether even half a million dollars is enough now.”

Toi urged budding fashion designers to equip themselves well with the skills of running a business. He said that it is something that cannot be overlooked when it comes to really wanting their label to flourish.

“These days I love crunching numbers with my accountant as much as I love designing collections. Those two aspects of the trade come hand in hand. To be a designer, you have to be a smart businessman too.”

Toi also cautioned designers against excessively spending money they don’t have. He said that it is important to be prudent with one’s finances and not take a step too far. A person can’t have everything he or she wants – no matter how important it may seem to be.

“I’d rather have no supermodels on my runway shows, than having to take a big loan to pay their salaries. I only started with 13 pieces in my first collection too. It is important to let your business grow gradually and slowly,” he said in conclusion.