The dress code for this wedding is absolutely rad.

In the first Hotel Transylvania, Count Dracula’s refusal to conform to the cliches of vampire legend (“I don’t say ‘bleh, bleh, bleh’”) was a mantra for the whole movie, a fast-paced and joke-filled riff on monster mythos that, in its best moments, played like a self-contained Looney Tunes version of Abbott And Costello Meet Frankenstein.

After that mildly pleasant surprise, the sequel mostly abandoned the monster hotel conceit in favour of a lackadaisical venture into the human world and Drac’s vain attempt to coax fangs out of his half-human grandson.

Now Hotel Transylvania 3: Summer Vacation, by far the worst of the series, spends virtually no time in the hotel and runs out of commentary on classic monsters, despite renewing the rivalry between Dracula and the vampire slayer Van Helsing.

There’s a sliver of cleverness in the opening sequence, which flashes back to 1897, when Van Helsing (Jim Gaffigan) was the young and determined Wile E. Coyote to Drac’s elusive Road Runner.

Blueprint after blueprint, gadget after gadget, the vampire hunter was always easily thwarted by Drac (Adam Sandler), who combines a sixth sense with eternal good fortune. Cut to the present day as their paths cross once again on a cruise ship specifically catering to monsters, a “hotel on water” that’s as close to justifying the title as the film ever gets.

Drac’s daughter Mavis (Selena Gomez) plans the ocean getaway as a surprise for her father, who’s forever the host and never the guest, and the entire Drac Pack comes along, including Frankenstein (Kevin James), the werewolf Wayne (Steve Buscemi), the mummy Murray (Keegan-Michael Key), and the invisible man Griffin (David Spade), as well as other family members and creatures.

Once on board, the heartsick Drac “zings” on the fetching Ericka (Kathryn Hahn), the ship’s captain, who happens to be Van Helsing’s wicked great-granddaughter. Below deck, the original Van Helsing still lives as part-man/part-machine, like a rickety Immortan Joe, and he hatches an apocalyptic scheme to kill off all the monsters once the ship reaches its final destination. But in the meantime, Ericka can’t help trying to kill the oblivious, moony-eyed Drac herself at every opportunity, even though it turns her into a foolish Wile E. Coyote type, too. Mavis has her suspicions about Ericka’s intentions (monsters are only supposed to “zing” once, and that happened already with her late mother), but the Count’s sitcom clueless-ness belies his famous powers of seduction.

Halloween comes early for these folks.

Director Genndy Tartakovsky, who has helmed all three Hotel Transylvania films, is a gifted animator with an affinity for elongated figures, sharp angles, and expressive features, and he likes to keep the gags coming at a breathless pace. But it’s the screenplay for Hotel Transylvania 3, which he wrote with veteran comedy scribe Michael McCullers (The Boss Baby, Baby Mama), where he falls woefully short on inspiration. The A-plot high jinks of Drac and the Van Helsings are as inspired as the film gets, and that cat-and-mouse game fritters out by the halfway mark.

The gallery of dire B-plots barely has anything to do with monsters at all: Mavis’ son Dennis sneaks their giant dog on board in a trench coat, Frankenstein nurses a gambling problem, Wayne and his wife try to relax after dropping dozens of their rowdy pups at daycare, and Drac’s ancient father (Mel Brooks) struts around in a skimpy mankini.

Tartakovsky’s instincts are to keep the action moving quickly and let one piece of kid-friendly slapstick tumble into the next, but when the jokes are this consistently uninspired, it doesn’t matter how fast they’re dispensed. The problem with the Hotel Transylvania franchise is that all the conflict was settled after the first one: Mavis was once a sheltered kid longing to see the world and now she has. Her human husband Johnny (Andy Samberg) was once a backpacking hippie who wandered into monster land and now he’s one of the gang. Monsters and humans were once natural adversaries and now they’re not. And that’s to say nothing of the hotel in Transylvania, which barely gets 15 minutes in the last two movies total.

That leaves Hotel Transylvania 3 to look too much like another lackadaisical gathering of Sandler and his frequent on-screen chums, like a PG-rated Grown Ups at sea. They seem like the ones taking the vacation, and it’s audiences who are left to pick up the tab. – Reuters/Scott Tobias 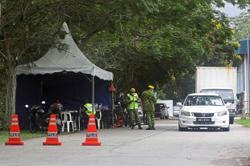 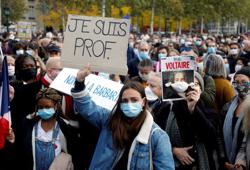