A view of Nguyen’s coffee plantation. Climate change has long been present in the country on the Mekong, and the rains in the monsoon season are becoming more irregular or failing to materialise at all. As a result, coffee exports are declining. — Photos: dpa

Weary after watering his coffee plantation all day, Nguyen Van Thien says the rain he needs for farming is growing scarce as monsoons become more erratic.

“The rainy season in the Central Highlands usually runs from the beginning of May to October,” he says. But in recent years, monsoons stopped following this pattern. “June this year passed without a single raindrop.”

Nguyen is one of 1.5 million coffee farmers in Vietnam’s Central Highlands, the main area where coffee is grown. All have seen their yields shrink over the past few years due to climate change.

“When we need rain for the coffee plants to grow, the weather is hot and sunny. When the coffee plants are flowering, it rains, rotting the pistils and shedding the young coffee fruits, which reduces the yield and quality of the coffee,” said Nguyen, whose family has been growing coffee in Gia Lai province in Vietnam’s Central Highlands for 36 years.

The plants usually flower between December and March, but coffee plants have been flowering a month earlier than usual, meaning more of the plants rot. “Climate change is a factor that negatively affects the growth and development of coffee plants in the Central Highlands,” Tran Cong Thang, Director of the Institute of Policy and Strategy for Agriculture and Rural Development (IPSARD), told dpa.

“The frequency of rainfall has decreased, but the amount each time has risen greatly, increasing the risk of soil erosion. The dry season in the Central Highlands is lasting longer and longer, so farmers have to dig underground wells to get water to irrigate coffee,” he says.

The French brought coffee to Vietnam in 1857 during colonial rule. Since then, Vietnam has become the world’s second largest coffee producer, after Brazil. It is also the world’s largest producer of Robusta coffee, mostly used to make instant coffee.

Coffee accounts for about 15% of Vietnam’s total agricultural exports, with Vietnamese coffee products currently exported to more than 80 countries.

The EU market makes up almost 40% of Vietnam’s coffee exports, amounting to around US$1.4bil (RM6.4bil) of annual trade over the past five years.

“The reality of climate change is no longer a discussion of whether it is happening, but, rather, when and how much it will impact regions around the world,” says Le.

To cope with falling yields and reduced quality, state agencies and NGOs are running projects to help Vietnam’s coffee industry become more resilient and sustainable in the face of climate change.

The Agriculture and Rural Development Ministry’s coffee replanting project, running from 2021 to 2025, aims to replant about 107,000ha of coffee plantations.

The plants are to be replaced with new varieties that are more resistant to pests, diseases and changing climates.

The results have been positive so far, but local communities are not convinced.

“If they replace them all at the same time, they will have to wait three years to harvest them again. In the meantime, how will people earn money to live?”

Heavily dependent on the weather and climate, people are simply praying for the right amount of rain, according to Nguyen. — dpa/Bac Pham and Carola Frentzen 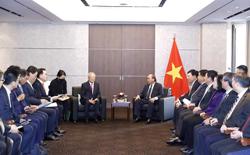 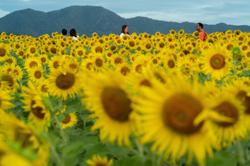